At award-winning PR firm Purpose Brand, Diane Primo and her team guide clients toward their truest selves to transform communities 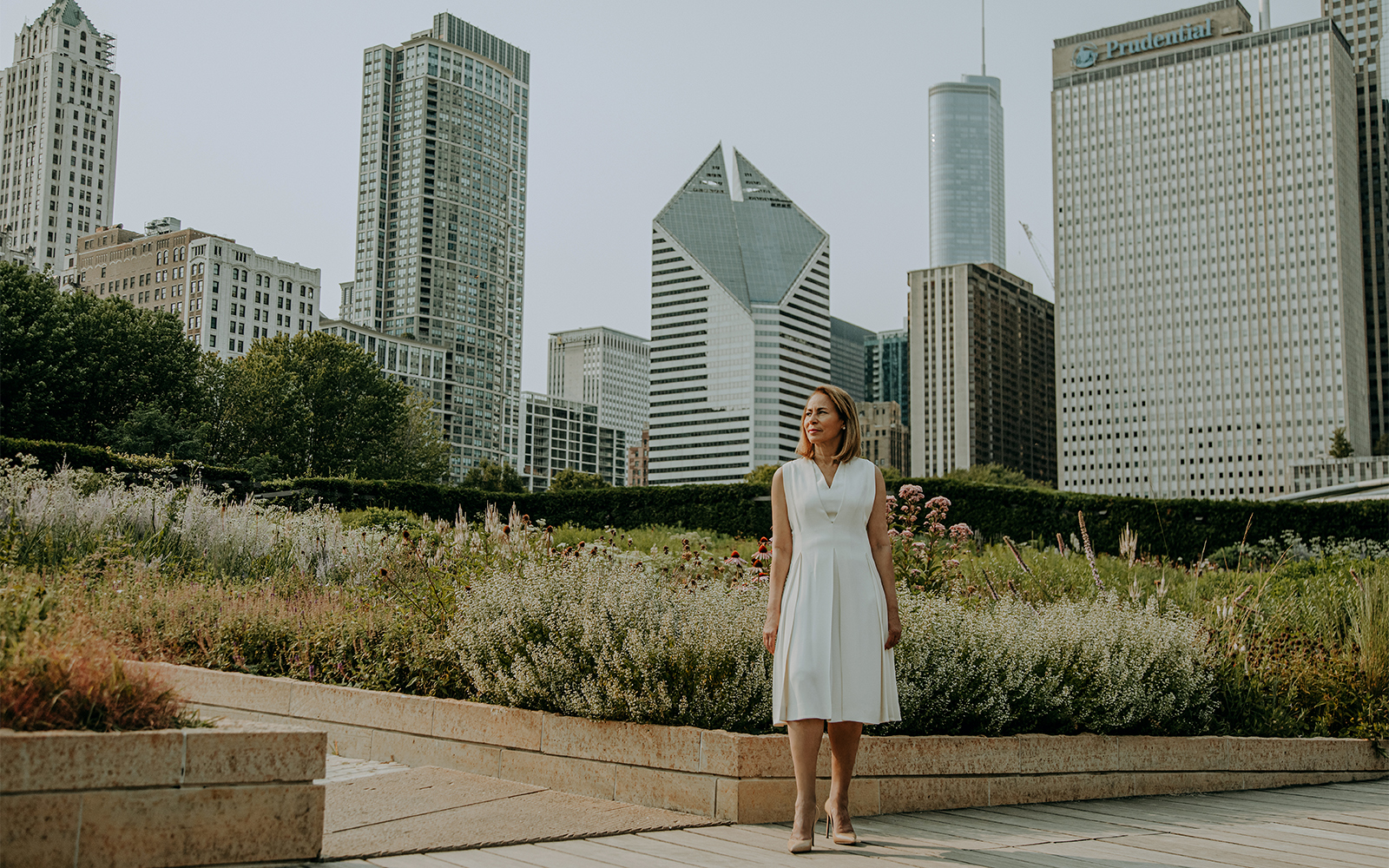 The word “purpose” can be intimidating when said out loud, especially if you’re talking about your own company. But as Diane Primo points out, a business’s core identity isn’t as elusive as one might think. “It’s not some pie-in-the-sky thing,” she says of her work as founder and CEO of award-winning public relations and branding agency Purpose Brand.

When guiding a new client toward their truest self or a new initiative, it isn’t about pure reinvention but bringing out what’s already there and converting it into something tangible that benefits society. “It’s intended to be very action-driven from a business standpoint,” Primo explains. “We’re here because we want to help people put purpose into practice. We think it makes brands more relevant. It makes communities stronger.”

When an organization partners with Purpose Brand, it’s never merely a makeover.

The Chicago-based firm has helped an ever-growing roster of companies—Easterseals, AAR, McKissack & McKissack, and Origin Investments to name a few—find their callings through an expansive slate of services that includes content marketing, community engagement, web development, and workshops. But regardless of the entity, Primo and the rest of the Purpose Brand team challenge every organization to come to the table with transparency and an open mind. For instance, there’s no shame in wanting to be financially lucrative.

“Making money is not a dirty word,” Primo says. “Consumers get it. They’re very, very sophisticated now. And when we talk about sophistication, should someone hide the fact that they make money? Is that in conflict? No.”

She goes on to bring up a client who’s in the business of protecting and growing wealth. “There’s a value to that,” Primo continues. “People can’t exist without understanding financial management—understanding investment and what you do. But what they’re looking for is how honest you are about what you do and how you do it. They want you to stay true to your values.”

In 2021, companies’ values almost always involve reexamining their efforts and messaging surrounding diversity, equity, and inclusion (DEI), and Primo and her team help them do so authentically. If DEI is commodified and viewed simply as a marketing strategy, a company is guilty of what Purpose Brand calls “woke washing”—the inauthentic use of purpose. Doing so is a risk not only to one’s own integrity, but the well-being of their business.

In Primo’s eyes, DEI is the “biggest workforce issue of the twenty-first century.”

To ensure that it’s tackling DEI fully and effectively—both internally and with its clients—Purpose Brand has embarked on a comprehensive research campaign across all demographic cohorts: African American, Latinx, women, white male, Asian American, LGBTQ+, and people with disabilities.

“When people think about diversity, they often only think of people of color,” says Primo, who published her book ALL REPORT: Culture, Diversity, Leadership—Stop Talking And Execute in December 2020. “Nope. Diversity is around the full mix.”

After examining twenty-five widely used DEI programs across the corporate world, Purpose Brand’s researchers concluded that some of the most effective initiatives are cross-training, unbiased training, sustained interventions, employee research groups, and the most concrete practice of all—hiring a diverse group of employees for senior leadership teams. But Primo stresses that none of these tactics are a catch-all, especially given the complex nature of DEI conversations.

For example, there has been upwards of a 500 percent growth in senior diversity officers across corporate America, all while the number of Black males in senior leadership positions has increased from 3.1 percent to only 3.2 percent since the 1980s. Then there’s the added problem of most DEI efforts failing to reach white men. So, there’s still a lot of work to do. There will always be a lot of work to do.

Primo stays especially active in two initiatives designed to drive social impact at Purpose Brand and make the world a more equitable place. First is SOAR, which she cofounded with the intent of empowering, connecting, and growing the number of women of color in the media industry.

“We brought SOAR together because those voices were not at the table in significance, and there’s no question that that affects the way a story is told,” Primo says. “There’s a checks-and-balances system that the news performs. But that same check and balance is probably not performed in the newsroom itself.”

Although SOAR regularly hosts events that bring together female thought leaders from across print, TV, radio, and digital, the COVID-19 pandemic has unfortunately forced them to scale back on in-person gatherings. Primo says she and the other cofounders are currently planning a virtual event focused on DEI.

The second social-impact initiative is the Primo Center, where she sits on the board. As the largest service provider to homeless families in Chicago, the Primo Center isn’t just about providing temporary and permanent housing, but wraparound services that address the social determinants of health, such as trauma-informed mental health services and violence prevention programs for at-risk youth. Their efforts caught the attention of Jeff Bezos, who awarded the Primo Center $2.5 million in 2018 as part of his Day One Fund.

Primo believes that, in today’s age, any successful company should feel a responsibility to contribute to its community—to find its purpose in the most authentic and holistic sense of the word. “The world has changed, and it’s not going back,” she says.