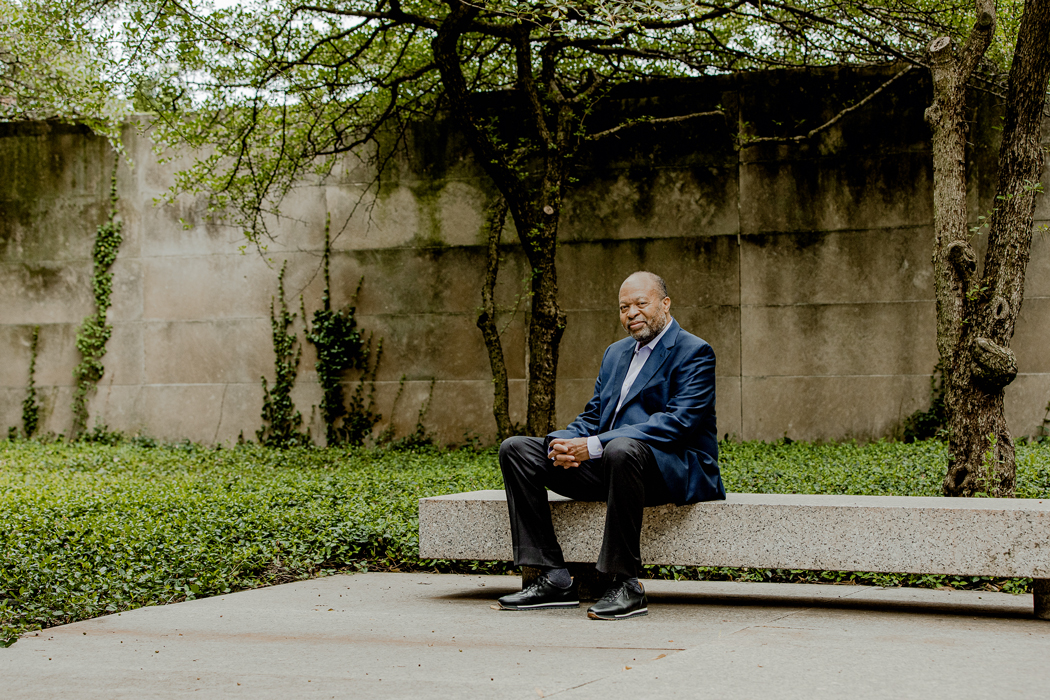 Having a diverse supplier base is a sound business practice. But Ralph G. Moore, president of Ralph G. Moore & Associates (RGMA), believes that the benefit of a diverse supplier base goes beyond having multiple sources of supply. He firmly states that the driver for numerous sources of supply is the need for innovation, which fuels corporate growth and operational excellence.

“This thirst for innovation has created an increased demand for new suppliers that bring new ideas that impact the entire value chain,” he notes. And Moore’s work is to connect the thousands of emerging, innovative minority suppliers with corporations “that get it.”

Moore’s professional journey began at Arthur Andersen & Co. after earning a degree in accounting from Southern Illinois University. He was just the tenth person of color in the 1,600-person Chicago office. Moore credits Andersen for providing him the foundation for being an effective business leader.

In 1974, he became vice president of Chicago Community Ventures Inc., a Minority Enterprise Small Business Investment Company (MESBIC). Over the next three years, Moore got to know Reginald F. Lewis, general counsel for the American Association of MESBICs, and Maryland Congressman Parren Mitchell, the founder of the Congressional Black Caucus. “That experience was a masterclass on how to leverage equity capital to grow scalable minority businesses and why this work was essential to the future of Black and Hispanic communities,” Moore says.

Moore’s final assignment was controller for the Parker House Sausage Company. President Daryl F. Grisham was among the first Black corporate board members, having been the first Black board member at Illinois Bell, Harris Bank, and Eli Lilly and Company. “He taught me the importance of community service,” Moore says.

Moore launched RGMA in 1979, and the firm’s pivotal opportunity occurred in 1980 when Baxter Healthcare hired RGMA to assist in developing a “minority purchasing program.” “I will always be grateful to Baxter’s Will Lucas,” Moore notes, “as that project became the foundation of our supplier diversity practice.”

In the 1980s, in addition to the expanding corporate supplier diversity practice, RGMA became a critical source of technical assistance for emerging minority businesses through a series of contracts with the Small Business Administration and the Minority Business Development Agency.

RGMA’s reputation for innovative ideas and impactful training presentations led to a significant seminar presentation at the National Association of Purchasing Management Annual Conference in 1990. “By fate, Harriet Michel, president of the National Minority Supplier Development Council (NMSDC), was in the audience,” Moore says, “which resulted in a collaboration and friendship that continues to this day.”

He recalls how that collaboration created the most prolific training platform in supplier diversity history. “My team convened the first annual NMSDC National Program Managers’ Seminar in July 1993 and continued to lead this event for twenty-four years,” Moore says. “The event grew from 40 program managers to over 170 in the subsequent years. Many of today’s supplier diversity best practices were introduced at this event, including the popular RGMA Five Levels of Supplier Diversity maturity model.”

This strategic partnership also had a global impact. For example, Moore was an essential contributor to two NMSDC training missions that introduced supplier diversity to the Republic of South Africa shortly after Nelson Mandela became president.

In 2010, in recognition of his contributions to minority supplier development, Ralph Moore was awarded the coveted NMSDC Leadership Award. It’s the organization’s highest honor bestowed upon a minority business leader. “This is the most important recognition of my career,” Moore states. “It affirmed my life’s work.”

He’s quick to point out that “we must utilize the current racial reckoning and outpouring of corporate support to focus on building capacity within the Black and Hispanic business sectors while changing how corporate America engages minority suppliers. Corporate CEOs must take the lead in communicating the supplier diversity value proposition to all stakeholders.”

In addition to his national activities, Moore advocates for business diversity on the home front, too. “I’m a proud Chicagoan, and I have given a lot to this city because it has given a lot to me,” he says. His community engagement includes serving on Chicago-area boards, including Habilitative Systems Inc., the Chicago Minority Supplier Development Council, Junior Achievement of Chicago, Chicago City Colleges, University of Chicago Hospitals, and the Chicago History Museum.

His inspiration for all these achievements comes from a stunning discovery he made during his first day at Arthur Andersen fifty years ago. Moore’s aunt had requested that he say hello to Leonard Spacek, who worked closely with Arthur Andersen and became managing partner after his death in 1947. “During our conversation, I discovered that my Aunt Virginia was Arthur Andersen’s live-in maid for the final twelve years of his life, from 1935 to 1947.

“Thus, in the span of one generation,” he continues, “my family’s relationship with corporate America evolved from being ‘the help’ to being a member of the professional staff of a major accounting firm. That realization inspires me to plant the seeds that will produce thousands of scalable Black businesses by 2050.”

There is no doubt that Moore’s leadership will continue to drive change in business diversity, minority business development, and community transformation.