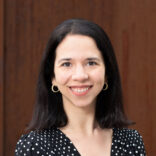 Profile magazine held The Power of Storytelling to Disrupt the Status Quo on May 19, and the event brought together an eclectic trio of speakers in front of a rapt virtual audience. 2nd Story, which was recently featured in Profile’s Disruptors Issue, cohosted the event.

The event dove into storytelling and how well-crafted stories can grab attention, stick with listeners, and foster connections. Educator Dr. S. Simmons, screenwriter Khanisha Foster, and 2nd Story Artistic Director Amanda Delheimer shared their experiences and explained how stories can be leveraged to shake up biases, interrupt assumptions, and push against the status quo.

Here are three top takeaways from their discussion.

A major aspect of the event was having people be “in time and thoughtfulness together,” Delheimer said. She clarified 2nd Story’s support of Black Lives Matter and of efforts to stop hate toward Asian, Asian American, and Pacific Islander communities. She also acknowledged the continuance of the COVID-19 pandemic and how the many issues going on today helped influence the event.

“No matter how used to these new ways of being we have become, and cases continue to rise globally, we’re seeing inequities continue to be exacerbated, even as we see a light at the end of the tunnel,” Delheimer said. “We are stressed and stretched and hungry for human contact. All of these things are in the space of us today as we engage with this question of how we can disrupt the status quo.”

Embracing complexity and not listening to messages such as “This is how this is done” and “This is how it has always gone” are crucial to disrupting the status quo, the speakers noted. Innovation is missed when people aren’t able to live in complexity, Delheimer and Foster noted.

By not thinking in such black and white terms, people will be able to live more authentically and truly disrupt, Simmons said.

Back in the Game: The Sports Section

“It also unlocks the potential in the team,” Simmons said. “If you are confronted with this dissonance or with this expansive way of viewing the world, to me, that unlocks your own ability to then think expansively and as a team to think expansively and creatively. It throws a wrench in thing, business as usual, and makes us have to swerve.”

Delheimer noted a need people often have, which is to “place people in a box with a label.” That can create problems, but it’s also hard not to do it because “psychologically, our brain does need to categorize things,” she said.

She also touched upon code-switching and how people might feel a need to be one way with one group and another way with another group. It’s important to use such moments to see what is helping us and what is undermining us.

“It also limits each of us in building our own fluency and things that we aren’t currently knowledgeable about, which feels like a lost opportunity,” Delheimer said.

From Psych to Global HR