Mike Sheehan leverages his twenty-plus years of institutional knowledge to support Sallie Mae, whose mission is close to his heart 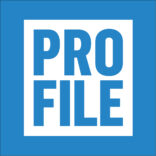 To Mike Sheehan, Sallie Mae is more than just the company where he works. It is the company that allowed him to get to where he is today.

From a young age, Sheehan’s parents instilled in him the value and importance of education, and specifically higher education. Despite coming from a modest background, he understood higher education was the surest path to a fulfilling life.

“I knew I wanted to pursue something that would be ever-changing, so I thought law would be a career that would involve, in some way or another, lifelong learning,” Sheehan says. He also felt confident in his abilities to push himself as a student and knew he could put in the work that it would take to become a successful corporate lawyer.

Though his undergraduate degree was funded through grants and scholarships, his law degree was not. Sheehan would need to pay his own way through law school. He took some time off before law school to save up, but there were unforeseen expenses that he needed to cover­­—and that is where Sallie Mae came in.

It was only fitting that, after he graduated from law school and worked at a private firm for a few years, he would find his way back to Sallie Mae. In 1992, he joined the relatively small legal team and began building from there. He started as an employment litigator, which is where he had the most experience, but was quickly offered a bit of a change in focus.

After two years with the company, Sallie Mae was discussing a new way of funding the business through securitizations. While this type of work would typically be assigned to a lawyer who specializes in structured finance, his boss took a chance on him. With this experience, Sheehan transitioned into a corporate lawyer who specializes in securities and corporate finance.

“I was very hungry to do something new and leading edge for the company, so I got into the corporate finance, securities and M&A side of the business, and I really became a much more well-rounded corporate lawyer at that point,” he says.

However, Sheehan’s path at Sallie Mae was not entirely linear. In 2008, he decided to pursue another one of his passions: starting his own business.

He began as a consultant to a wide variety of different companies, but eventually he narrowed his focus and helped companies franchise their business. Specifically, he would assist companies with three or more units to franchise their operations, or people who were looking to leave the corporate world and begin a franchise themselves.

When he was running his own business, he had a bit more flexibility over his own schedule and cherished the time that he had during the day to spend with his family. But then, in 2013, Sallie Mae was in the middle of a tax-free spinoff transaction. The company was splitting into the SLM Corporation and Navient—and they were eager for Sheehan’s expertise on the matter.

“Because I have a good reservoir of knowledge about Sallie Mae, it was very helpful to them to have someone with my experience and institutional knowledge. With such expertise, I was able to help them through a very involved transaction relatively quickly,” Sheehan says.

After the initial transaction, Sallie Mae was finding more and more things for which Sheehan could help, and they eventually asked him to formally rejoin the company. Sheehan was happy to accept the offer, and now works as Sallie Mae’s vice president and associate general counsel.

“To look for new challenges, I like to seek out the unusual and different in my work. I think that’s why I am the go-to person when something novel comes up at Sallie Mae.”

In his role, Sheehan works on a wide variety of matters. On a day-to-day basis, he works primarily with corporate finance and securities work, but his role also allows for each day to look different.

“To look for new challenges, I like to seek out the unusual and different in my work. I think that’s why I am the go-to person when something novel comes up at Sallie Mae. Who wants to be doing the same thing day in and day out?” Sheehan says.

Sheehan’s skills and expertise don’t go unnoticed by those outside of Sallie Mae. Al Sawyers, partner at Orrick, counts Sheehan as a friend and loves their work dynamic. “I love it when I see that he is calling,” Sawyers says. “I know his project will be interesting, as he handles novel deal structures. Mike is also an experienced practitioner with high standards, which is a testament to his character.”

All in all, Sheehan could not be happier with the opportunities that Sallie Mae has provided him and for its mission more generally. He found a place of work that aligns perfectly with the values that his parents instilled in him from a young age.

“I absolutely, firmly, in my heart of hearts, believe in our mission based upon my own experience. And I also think we’re a company that really, deeply cares about its customers,” Sheehan says.

Throughout the entirety of his legal career, Sallie Mae has provided Sheehan with endless opportunities, and he is happy that he is able to continue to give back to an organization that is so close to his heart.