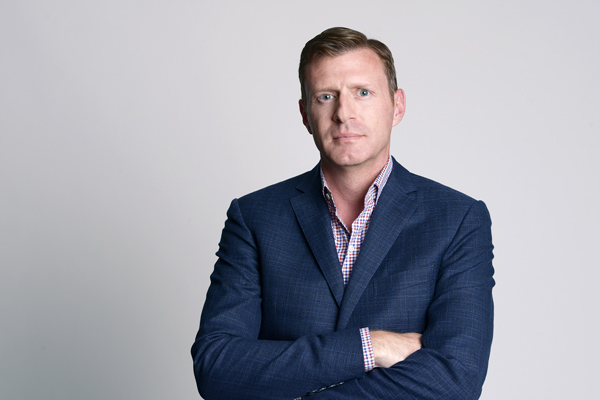 On November 1, 2016, Scott Catlett rang the opening bell at the New York Stock Exchange, fulfilling a dream that resounds in businesspeople everywhere. Across the world in Shanghai, his colleagues rang the bell at the Shanghai Stock Exchange at the same time. That day not only marked the beginning of Yum! China’s journey as a public company, it also symbolized the ringing in of a new era at Yum! Brands.

The former parent company of Yum! China, Yum! Brands owns KFC, Pizza Hut, and Taco Bell, and today it helms nearly 44,000 restaurants in 136 countries. Catlett, the vice president and deputy general counsel of Yum! Brands, estimates that the company opens an average of six restaurants per day globally, and about two of those six open in China. “China had become the bellwether for Yum!’s performance,” Catlett says.

It all began with a single restaurant. In 1987, Pepsi—who then owned KFC, Pizza Hut, and Taco Bell—decided to open one of its restaurants in China, making it one of the first Western restaurants in a market that the United States had mostly ignored up until that point. A KFC was opened in Beijing that year, and a Pizza Hut soon followed in 1990. Despite the success of these locations (and the opening of several more), Pepsi eventually decided to zero in on its soft drink and snack business. As such, they spun off Yum! Brands (then called Tricon) in 1997, with Yum! taking over control of a rapidly growing number of restaurants. Yum! Brands, now its own entity, doubled down on expansion in China. As a result, business in China grew quickly— eventually building almost nine hundred restaurants in 2012 alone—but the business model in China began to diverge from Yum!’s business model in the rest of the world. In 2014, Yum!’s leadership saw an opportunity to better serve their shareholders by separating the China business. The financial benefits were clear, but first they needed to make sure the organization’s footing in China was solid.

“At that time, the business in China was soft,” Catlett says. “We said, ‘Look, let’s put this in our back pocket. We’re going to come back to it, but now is not the right time.’”

The right time came less than a year later, albeit in a surprising way. In the spring of 2015, an activist shareholder pitched the idea of a Chinese spin-off for Yum!. “It was interesting,” Catlett says. “Experiences with activist shareholders can be negative. In this instance, though, his idea was aligned nearly exactly with ours.”

That idea aimed to increase focus and shareholder returns for both companies. “Before the spin-off, Yum! owned over 90 percent of the restaurants in China. Outside of China, we owned less than 10 percent,” Catlett says. “There’s a big difference between franchising restaurants, which is what Yum! was primarily doing outside China, and owning and operating them, which is what we were doing inside of China.”

“I think one thing that people don’t realize is just how massive Yum! China is,” says Scott Catlett, vice president and deputy general counsel of Yum! Brands. “That business is one of the largest employers in the entire country.” According to Catlett, the company’s 7,600 restaurants employ over four hundred thousand people and host more than two billion customer visits in over 1,100 cities per year. All of that amounts to $8 billion dollars per year in system sales. That’s a lot of chicken and pizza.

With these diverging business models, Catlett and his associates realized that by separating the two businesses, they could create a significant amount of shareholder value and allow each business to focus on what they do best. By the end of 2018, Yum! Brands expects to be at least 98 percent franchised, owning less than one thousand of its nearly forty-four thousand restaurants. “What this means is that we have a much more consistent, stable, and reliable source of income through franchises and licenses,” Catlett explains. “We’re also able to take on a greater amount of debt because a franchised business model is less risky.”

In the fall of 2015, this shareholder was brought on the company’s board, and he and his team helped Yum! Brands refine their plans for the spin-off. In October, the spin-off was announced—and Catlett would take the lead of what was to be an absolutely massive endeavor.

“There were obviously a lot of different people from different parts of the world with a lot of different skill sets and backgrounds, and all of us needed to work together to get this done,” he says. And with over one hundred individuals involved in the overall effort, Catlett knew that transparency was key. “I told them I’d rather over-communicate than under-communicate,” Catlett says. “Under-communication is how things slip through the cracks and deadlines get missed.”

He also made it clear to the entire team that they had to trust in positive intentions. There had been a lot of skepticism about which company would end up in the best position, Catlett recalls. “But up front, I was clear that we would ask two questions when it came to every decision: which outcome maximizes shareholder value, and which outcome sets up both companies for longterm success?” he says.

Right on schedule, the spin-off came to fruition at 11:59 pm on October 31, 2016. Catlett says the company’s combined stock clocked in at $86 per share that day, while today it’s nearly $125. The sixty-third edition of the Fortune 500 listed Yum! China at 399, and Yum! Brands at 422—the rare feat of a spin-off resulting in two companies on the list, further validating the move. It was a time for celebration, with the ringing of the NYSE bell as the centerpiece of that joyous period. “Our CEO said the spin-off is the largest strategic initiative undertaken by Yum! since we spun off in 1997,” Catlett recalls.