W. L. Gore’s Mary Tilley discusses her approach to integrating business processes across a global brand while maintaining the company’s focus on empowering the individual 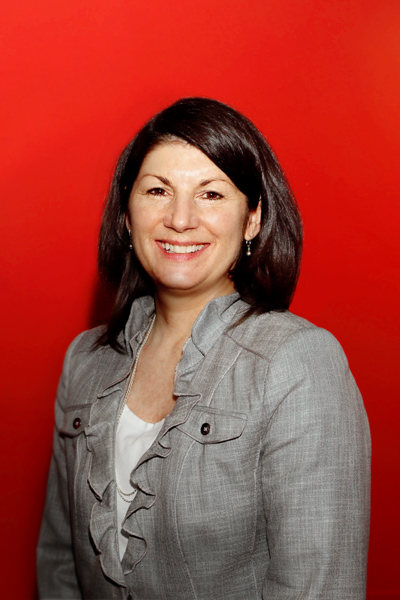 In 1958, in the basement of a house in Delaware, Bill and Vieve Gore founded a company that manufactured wiring for the electronics industry. In 1960, the growing company built its first manufacturing plant, and by 1962, its cables were being used in the back panels of mainframe computers and orbiting Earth in the Telstar satellite. Sixty years later, W. L. Gore & Associates Inc. maintains the entrepreneurial philosophy it was built on. “We trust people, we respect them, and that means we’re going to empower them,” says Mary Tilley, enterprise services leader for the organization. No matter their role, it’s clear that everyone at Gore is on the same team.

Today, Gore is one of the two hundred largest privately held companies in the United States, manufacturing products for the medical, aerospace, automotive, and textile industries, among others. It now employs about ten thousand people—or associates, as they’re known at Gore—and operates in more than twenty-five countries.

Tilley is leading the organizational transformation to integrate processes across Gore’s businesses. As the company has grown, each business has developed its own approaches to infrastructure and support services. Within functions such as facilities or HR, these disparate approaches led to an inefficient use of resources. Historically, each business had its own design and maintenance plan for its facilities, and these plans were carried out within the business. Tilley worked with company leaders to create an integrated facilities plan that will be managed by regional teams, allowing the company to share facilities and personnel among its sites. “We want the units to operate independently on their product and market side,” Tilley explains. “But we want them to be able to sit on a consistent platform of infrastructure that we can use more efficiently.”

Because of the organization’s focus on individuality, developing consistent processes can feel like a threat. For Tilley, who joined Gore as a process engineer in 1982, the company’s belief in the power of the individual is one of its strongest assets. She is harnessing this strength to engage associates in rethinking the company’s operations. “Throughout my career, I’ve always felt that I had a voice in the organization and I had an ability, no matter where I was, to help influence what was happening,” Tilley says. Throughout the transformation, company leaders have maintained an open dialogue with associates to discuss strategies for preserving individuality while integrating processes. “What we’re trying to do is include people in the design of that new work,” Tilley explains. “As soon as you do that, they feel empowered again.”

It’s not a simple task to create dialogue between nearly ten thousand associates. One method for gathering feedback is a yearly engagement survey. As senior leaders have increased cross-business cooperation, they have also adjusted the way they analyze survey results. Previously, business leaders analyzed results within their vertical and self-regulated based on their findings, while senior leaders focused on issues within leadership. Now, senior leaders look for opportunities to take action across the organization and use the results to guide the speed and scope of the company’s transformation.

“We’re a large enterprise with nearly ten thousand people, but we are all in one boat. Any individual action that could put a hole in the boat below the water line is a concern.”

Leaders and associates take survey feedback seriously. “Our associates are very vocal,” Tilley says. “When they’re not happy, it’s because they care a lot about the organization, and they want it to be different.” The 2017 data indicated that the company was changing too much, too fast. In response, the leadership team is clarifying its priorities and working to more clearly articulate these goals to the teams.

In the company’s early days, Wilbert Gore introduced the metaphor of a boat to illustrate the value of a unified organization. “We’re a large enterprise with nearly ten thousand people, but we are all in one boat,” Tilley says. “Any individual action that could put a hole in the boat below the water line is a concern.” While the company’s businesses have largely operated independently, this metaphor has prevailed through the years. The concept has two implications. First, Tilley says, it distinguishes small risks from big ones and encourages associates to take chances that won’t sink the boat. Second, it illustrates that everyone’s needs are connected and that when one business succeeds, they all succeed. “We want people to do what’s best for the whole,” Tilley says. Sometimes that means sacrificing what’s best for the individual.

Gore’s enduring cultural philosophies have been recognized beyond the company’s walls. The organization has been featured on Fortune’s “100 Best Companies to Work For” list for twenty years, making it one of only twelve companies to appear on the list every year since it was first published. In 2016, Gore achieved the number three spot on the “World’s Best Multinational Workplaces” list by the Great Place to Work Institute.

Anissa Elsey Creates New Opportunities at Nazdar and Beyond

Another key value that drives Gore’s company culture is a focus on the long-term. As a privately owned company, Gore has the ability to invest in research, development, and transformations that have a long-term payoff without the pressure to uphold quarter-by-quarter results. For Tilley, this value underscores the importance of taking the time to have a dialogue and listen to associates’ concerns. “We want people to offer insights and move through this change with us,” she says. “It takes a little bit longer, but we believe that when we get there, people are with us and they’re engaged. They’re the ones who bring us forward.”

Inside the Sales Classroom with Victory Lap