At Sprouts Farmers Market, Carlos Rojas and the rest of the leadership team promote a culture of sustainability 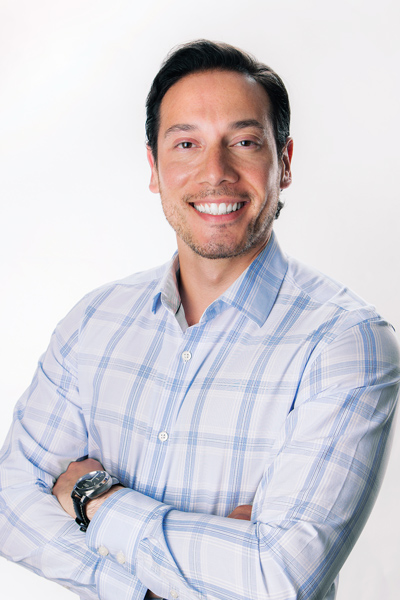 It’s no secret that the United States has a major food waste problem. According to The Guardian, 50 percent of produce in America was thrown away in 2016. That’s sixty million tons of food, valued at about $160 billion a year, the majority of which goes to landfills. Meanwhile, Feeding America estimated that as of 2015, more than forty-two million Americans lived in food-insecure households, with over twenty-nine million of them being children younger than eighteen years old. People steer away from buying imperfect-looking produce, even though it’s perfectly edible. Some might call that the cost of doing business; however, for deputy general counsel and head of sustainability Carlos Rojas and the more than twenty-seven thousand employees at Sprouts Farmers Market, preventing food waste is central to their business model.

Rojas arrived at Sprouts in 2012 after building a career as a corporate lawyer, but in another life, he could have been a scientist. The son of an engineer and a professor of biochemistry, Rojas is a voracious reader of everything from physics to astrobiology. You can hear the excitement of a scientist when he calculates the company’s impact.

“Across fifteen states last year, we donated about twenty million pounds of food, which comes up to just about seventeen million meals,” he says.

That massive impact began in 2013 with a pilot program at the organization’s Arizona stores that resulted in about six million pounds of food being donated. What was initially an exploratory project became part of the culture for Sprouts as a whole, encompassing waste prevention, recycling, composting, renewable energy, and much more.

It might seem unusual that a company’s head lawyer is spearheading its sustainability efforts, but in actuality, Rojas explains that being a good steward for people and the planet is good business. He refers to this as “earning your halo,” a concept that comes with running a business that promotes a healthy lifestyle.

“There was a big opportunity to expand our sustainability efforts. We were already doing a great job in promoting healthy lifestyles for our customers; next, we needed to show our commitment to being a responsible retailer,” Rojas says. “Our Food Rescue Program was the first obvious opportunity. Instead of throwing food away because it was no longer in retail condition, we should donate it to those in need in our communities, plain and simple.”

Social responsibility is part of the organization’s DNA and has always been a part of Rojas’s background. His father was not only an engineer and entrepreneur, but also a philanthropist in their home of Monterrey in northeast Mexico. Rojas learned from both parents that a strong community leads to a strong society. When he was younger, Rojas collected clothing and food, painted houses, and even provided childcare for working families in rural and less fortunate areas of Mexico. As a law student, he offered free legal advice to those who couldn’t afford it.

“Across fifteen states last year, we donated about twenty million pounds of food, which comes up to just about seventeen million meals.”

As he did then, Rojas now operates in the space where expertise meets empathy. It’s where his background in law, passion for science, and care for his community meet. It’s how he continues to encourage a culture of sustainability and social responsibility.

“There is a strong business case for it,” Rojas says. The Food Rescue Program is the right thing to do not just in terms of corporate responsibility, but because it makes business sense. “Every ton of trash we divert from the landfill, we save on haul and tonnage fees, benefit from tax incentives, and reduce our carbon footprint,” he explains. “It’s a win-win-win.”

At first, one of the major hurdles to overcome with food donations was the apprehension about safety for recipients of the donated food. The perceived liability risk keeps some food retailers from implementing similar projects, but Rojas explains that depending on the product, many food items can remain edible for months after they are removed from retail shelves.

That’s where my lawyer half comes in,” Rojas says. “I not only make the moral case, but the legal and business case as well.” The main law that mitigates this risk, appropriately enough, is the Bill Emerson Good Samaritan Food Donation Act, signed into law in 1996 by President Bill Clinton. Although the company follows strict guidelines and procedures to ensure only food that is safe is being donated, the Good Samaritan Act provides an added level of protection from liability for such donations.

With the legal, business, and moral case made, Sprouts began a pilot project in 2013. It started by volunteering at a local food bank to get insight on how food donation worked. Sprouts employees interacted with food bank staff, put together meal packages, and met the recipients to understand the journey and impact of their donations.

Using that insight and other research on food safety, Rojas’s team rolled out donation guidelines and training materials, provided training to thousands of team members on proper donation procedures, and toured stores to ensure that the proper process was being followed. Today, Sprouts partners with more than 125 local food banks across fifteen states, donating food daily to their partners. They also compost, provide feed for livestock to local farms, and recycle plastics, glass, aluminum, and cardboard. Sprouts is piloting aerobic digester machines for nondonatable produce that would manage and reduce waste even further. As the efforts have grown, the infrastructure has expanded, as have exacting safety guidelines and organization-wide training—and, perhaps most vitally, a cultural shift across the entire company.

“It all started with the food rescue program, which is dear to my heart,” Rojas says. However, he is even more excited for the future. “Now, we’re talking about waste to energy programs, solar and battery storage, greenhouse gas emission reduction, energy and water conservation initiatives, and carbon output audits. Just last year, we recycled more than seventy million pounds of cardboard, which saved about six hundred thousand trees from being cut down.”

Rojas finds that Sprouts’ approach to waste is no great mystery. It’s good for business, good for the community, and good for the environment.

“Why isn’t everybody doing this?” Rojas asks. “It makes all the sense in the world. It’s the low-hanging fruit, the easiest thing we can do with the most impact. We are the healthy company we say we are.”

Mia Mulrennan Knows Empathy is Appreciated, but Altruism is Crucial