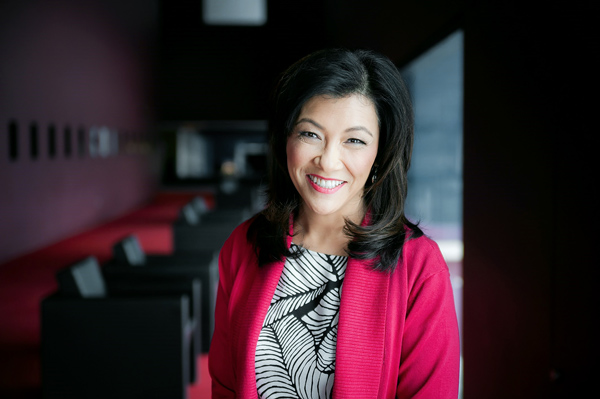 As a human resources executive, speaker, author, consultant, and award-winning Georgetown instructor, Mia Mulrennan reminds corporate leaders that a brand experience isn’t just for clients and retail; it speaks to employees and job-seekers, too. This means companies need to value and develop that intersection between brand and culture if they are going to be successful. But many companies don’t know where to begin when revamping their office environments. “Your culture already exists, whether you decide to build it or not,” she says.

As Mulrennan transforms workplace cultures and crafts brand experiences, she often hears from executives who worry about how social media platforms such as Glassdoor can broadcast indictments and critiques of their workplaces. She counters that that reaction is already an indication that the culture is operating from a place of fear and insecurity when it ought to rest on three critical principles: intelligence, intention, and integrity. Wherever she has worked, Mulrennan thrives at assessing a company’s current state, setting goals, and implementing solutions—all guided by these principles and her training in clinical psychology.

Mulrennan holds a doctor of psychology degree from the Minnesota School of Professional Psychology. “I was really drawn to the question, ‘What makes somebody really effective?’” Mulrennan says. “Later on, it led to my asking, ‘What makes some people great with customers and others not great at all?’”

She has seen many examples of this disparity throughout her career. While working at the Whitney Hotel in Minneapolis, Mulrennan watched two of her front-desk colleagues field a guest’s complaint. She remembers that one of them was a gifted, reliably excellent customer service professional, while the other often blundered. As they struggled to reach a solution, Mulrennan wondered what factors made one so effective and the other employee rather hapless. From there, she asked herself how those factors might be measured, and then she asked how she might screen for them, train for them, and ultimately guide the way that organizations think about the customer service process.

Her academic training helped lead her to one key insight: empathy is appreciated, but altruism is crucial.

“You might have an organization that wants to focus on diversity and inclusion strategic initiatives, but in the meantime, the company is treating women differently.”

Conventional wisdom held that an individual’s empathy was the major factor of their effectiveness in a customer-facing role. “My research has shown that many people—in fact, most people—are capable of experiencing empathy,” Mulrennan says. So this formulation had to be incomplete: most people are capable of empathy, but a much smaller percentage of those people are excellent customer service candidates. The difference was altruism, the psychological dimension governing selfless action. That’s the difference between feeling sad at a black-and-white ASPCA television spot featuring abused animals and picking up the phone to donate, she says.

“If you are an altruistic person, you define your job as meaningful because you get to help people, and you define yourself as a great employee because you do help people. That’s a factor that will make you fabulous with customers,” Mulrennan says. One of the eventual products of this research was the Rave-Worthy Five-Factor Survey, a twenty-five question battery for customer service professionals and applicants that she developed in collaboration with more than two hundred customer-oriented organizations.

Now, she defines her approach around a balance between the scientific and artful dimensions of human resources and brand transformation.

“Whenever you’re working with people, it’s complex, unpredictable, and individualistic. The art component of that happens naturally: it’s an art to be able to make sure an individual is engaged, motivated, and has a sense of belonging,” she explains. “The science is making sure you have a foundation of research, understanding what you’re selecting for and that you have valid and repeatable processes at every level.”

Mulrennan gives credit to many of her teachers for encouraging her to invest in her education, which paved the way for her accomplished career. As an only child of a single mother in Queens, New York, she looked to her educators for stability, example, and the affirmation of her own potential. Eventually, Mulrennan worked all through her undergraduate and master’s programs, taking classes at night over nine years, never attending college full-time until her doctoral program.

“My proudest accomplishment is to have gone through and succeeded in my educational goals,” Mulrennan says. “Doing that was my biggest accomplishment, regardless of all my career achievements. I’ve worked hard and had a job from fourteen years old, and it wasn’t always easy.”

She also considers her background a great asset in weighing issues of diversity and inclusion.

Just like she intuited the distinction between empathy and altruism in the Whitney Hotel lobby, Mulrennan detects subtle distinctions in approaches to organizational diversity and inclusion. Because these are hot topics, she often finds herself counseling leaders who are excited to get out on the cutting edge of a trend, but they haven’t invested in the relevant fundamentals. Mulrennan also encounters executives who are enthusiastic about trendy HR initiatives but fail to survey the relevant blind spots of their company culture.

“You might have an organization that wants to focus on diversity and inclusion strategic initiatives, but in the meantime, the company is treating women differently. They ’re not starting with that basic component,” she says. Mulrennan says that when working with an organization, it’s important to assess it on a case-by-case basis and tailor solutions to fit specific needs.

When it comes to defining her own brand experience, Mulrennan returns to those three I-words: intelligence, integrity, and intention, and it affirms her own dedication to a sense of harmony. The leader she wants to be is focused and efficient, yet warm and gracious, always intentional, and measurably effective. Throughout her career, Mulrennan has heard herself described as all of the above. Developing herself as an educator, author, researcher, speaker, and thought leader, always weighing the art as much as the science—that takes balance.

Anthony Perrone Has a Transformation Strategy