Using his vast experiences at industry-leading organizations, Scotty Morrison shares his unique perspective to Autodesk and how Avature’s CRM platform has made all the difference in helping the company evolve 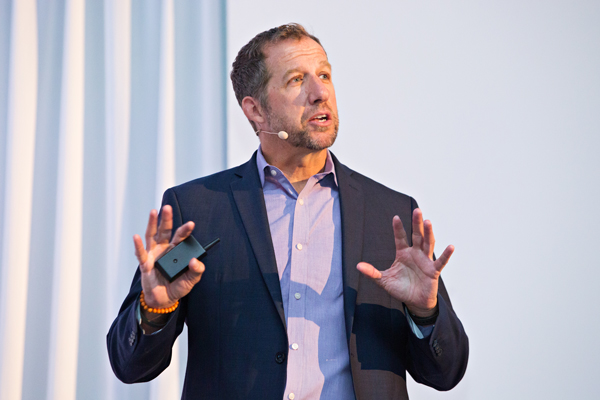 Scotty Morrison had already amassed two decades of experience in recruiting for software companies such as Salesforce, JD Edwards, and Workday before an opening at Autodesk caught his attention. In fact, Morrison had spent nine years working in the same building as Autodesk without a second thought. But the more he looked into the company, the more he realized his entrepreneurial streak and penchant for transformation would match with its culture and mission.

“It’s a thirty-five-year-old enterprise software company with a passionate customer base that was going through a complete transformation,” Morrison explains. “There was an amazing culture of collaboration and respect. I loved the product and the history.”

During his tenure at Salesforce, Morrison connected deeply with the company’s use of V2MOM—a methodology that stands for vision, values, methods, obstacles, and metrics. The organization’s intentionality, he found, drove alignment and ensured proper priorities were set.  As he simultaneously went through the interview process at Autodesk and several massive, industry-leading organizations, Morrison used a similar assessment for his own career. When it came time to make a decision, he found that Autodesk was the best fit, and he made the leap to become its director of talent acquisition in sales and marketing.

The multinational corporation specializes in software for architecture, engineering, construction, and more. It had also started moving from an on-premises software company to a software as a service company. Not only did Morrison’s self-assessment help him identify Autodesk as the ideal landing spot in his career search, but it also helped him determine what talent acquisition discipline he wanted to specialize in and ways in which he could innovate within it.

“I realized I was really passionate about sales and marketing. I’m a marketing major with a business degree and really appreciate the creative side,” Morrison says. “I want to be connected to revenue-generating roles. Now that I’ve focused on sales and marketing, I have much more of a passion for talent acquisition.”

Once he came on board, Morrison worked quickly to become acquainted with the challenges that Autodesk was facing in recruiting and retaining talent. He knew going in that if he didn’t hire enough salespeople that the company at large couldn’t hit revenue and contract value targets. Fortunately, he understood the needs of the department. “The way we approach hiring is so similar to the sales cycle,” Morrison explains. “They’re selling products, services, or software, and we’re selling opportunities. We use the same funnel analogies.”

As with many companies in the technology field, Autodesk needed to further solidify its talent pipeline. While he had worked extensively on traditional and digital marketing, referral promotion, and other sales-related tactics, he also built sourcing models and engines at previous roles. But more than any tactical tool, he’d learned that conducting tests and even making mistakes was the key to success. “You can only learn from mistakes and then continue to iterate and make changes to those strategies,” Morrison says.

He immediately found alignment with Amy McKee, senior director, global talent acquisition. But to be able to learn from those mistakes, the Autodesk team needed to have a reliable source of information and data from which to draw. Avature’s candidate relationship management (CRM) platform proved to be the perfect tool to gain that insight. After working in sales for as long as he did and utilizing a similar automation tool, the connection to using the CRM felt like second nature.

“We need to get ahead of the business, and now we have the tools and technology to know who the people are that we want to be hiring now and even twelve or eighteen months from now,” Morrison says. “We need to think like marketers and close candidates like salespeople. When these people are thinking about their next opportunity, you need to already be top-of-mind as an employer.”

But as he did when he was a salesperson himself, Morrison knows he needs to exhaust every tool in his kit to get to that one ideal person who will buy. “There’s no silver bullet,” he says. “You have the CRM, email, text, phone, referrals. You have to be relentless and curious to be a great sales recruiter—and probably a great salesperson, as well.”

That’s especially true when working on a global scale as Morrison does for Autodesk. The volume of potential candidates and applications is endless, and establishing the brand in international markets is essential. But rather than merely push social media to gain awareness, he urges his team to create a unique, positive candidate experience. “It’s a candidate’s market, and that’s the single most impactful thing we can do to elevate our brand,” Morrison says.

And that’s where Avature’s CRM platform again comes into play. In order to identify talent, move them through the interview process swiftly, and communicate clearly, Morrison’s team leans on the CRM. Moreover, it helps them better understand the pipeline that will lead any candidate to the start of that process in the first place. If Autodesk needed to hire salespeople in Barcelona, for example, then they would need to know the supply and demand for talent in the area. Not only that, but Morrison and his team would ideally need to know each and every potential candidate—where they are, what their titles are, what companies they work for—and what their career trajectory has been.

A step further, they would like to know what their compensation plan was, whether they have stock options, when they get paid, when their next bonus period is, and any other number of data specifications. The CRM tool is also useful when it comes to fulfilling Autodesk’s diversity goals. The tool allows them to segment candidates and create campaigns and strategies specific to those individuals.

“If we have all that data and triggers specific to those individuals, then it’s incredibly compelling for our sales recruiter to have the best possible conversation with those candidates,” Morrison says. “The CRM platform helps us get to that level of sophistication and makes us more effective in that lead generation strategy.”

Technology also enables the team to fully share their successes with other departments. Among the many metrics that Morrison’s team can develop to communicate their outcomes, speed may be the most in demand. “Speed is the competitive differentiator,” he says. “If we can be decisive and create a great candidate experience, make decisions quicker, and make the interview process shorter, then we’re going to win more than we lose in terms of closing candidates. We’re going to continue to invest in the CRM platform and Avature to achieve those goals.”