With the help of Partners in Leadership, Redstone Federal Credit Union has rolled out an ambitious new process to transform company culture

In 2011, Redstone Federal Credit Union (RFCU) was a well-recognized, highly successful financial institution. The credit union had met results in every metric it had measured, and had also been consistently growing in membership, with an average of one thousand new members each month. But when some of its surveys began to identify issues with departments operating in silos rather than collaborating, RFCU decided to tackle that cultural problem head-on. 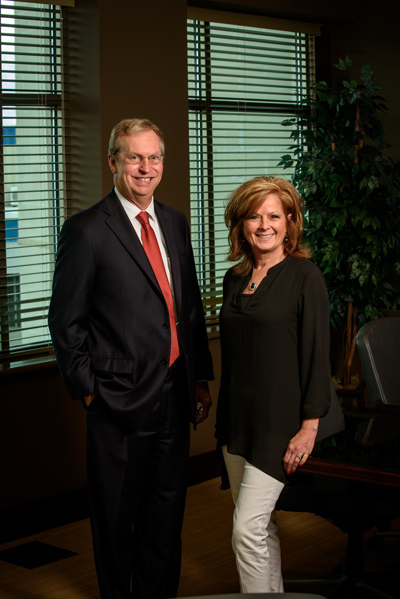 RFCU president and CEO Joe Newberry and senior assistant vice president of culture and leadership development Kathy Neyman chose the Partners in Leadership model in part because it aligned with the existing culture program RFCU used, Strength Philosophy, which focused on identifying employee talents and behavior. Realizing that the Partners in Leadership process offered multiple programs that focused on accountability as well as engagement, they decided that this would be a perfect fit with their core values.

The result was an ambitious, immersive five-year training process created in collaboration with Partners in Leadership. The training tackles culture from every level through hundreds of workshops across a multitier process, and it has since propelled the company to new heights. “Over the past three years, not only are we hitting every goal, but we’re also hitting them at triple the rate, and we’re hitting them early,” Neyman says.

The RFCU team knew that they wanted to go all-in with the process, so they structured a five-year plan across three programs: Accountability Builder (taking personal accountability), Leadership Builder (holding others accountable), and Lead Culture (culture transformation). The programs would be rolled out in cascading phases, starting with management, followed by supervisors, and then all staff employees.

Because the team felt strongly that it was important for employees to see that their senior management was equally focused on building a more cohesive team, they decided to kick off the project with a symbolic gesture. They came up with an idea for a ceremony titled Bury the Hatchet, in which senior management members all wrote down any negative experiences they’d had in the past on hatchet-shaped cards of paper and then came together to bury them in a hole on the company’s grounds. “This was symbolic in a way that clearly communicates to others that we are serious about living the belief of building bridges,” Neyman explains.

The first Partners in Leadership process was implemented for management and supervisors in 2011, with all staff members included by the end of 2013. During each of those phases, Neyman conducted about seventy eight-hour workshops with members of the executive team, incorporating feedback as they received it. In total, accountability and culture training was rolled out to 850 employees across twenty-four branches.

As the workshops took hold, there were immediate results. Within six months, an improvement assessment through Partners in Leadership’s scoring metric was conducted. Growth was reaching some of RCFU’s top levels, many related to cross-functionality. One key aspect involved communications between direct retail staff and support staff who, as they were working with back-office functions, often weren’t aware of how they impacted the member experience. Employees from both staffs now make a point of regularly collaborating and sharing info to clarify the roles they each play in supporting a common goal. “We have come light-years from where we were two years ago,” Neyman says.

RFCU has also received a larger amount of feedback on processes needing improvement from members of the company, as well as more proactive engagement from the bottom up. From management, there has been improvement in team building, with leaders looking not only to others who share similar workplace processes, but also to those who might add different opinions and feedback. And where members at various levels of management used to tackle projects within their own departments, they now look to other areas of leadership to see where that project might impact other areas of the company. “This has helped us to alleviate issues before they come up,” Newberry says.

Of the workshops they’ve held, one that they found to be most powerful is called Focused Storytelling, in which employees share their experiences with other members and also post them to the company’s website. Neyman recalls one story that touched her most, from a teller at one of RFCU’s smaller branches. When that teller overheard a conversation between one of the bank members and her young daughter and learned that the mother hadn’t been able to give her child lunch money that day because she had run short on cash, the teller asked fellow employees or donations and then gave that money to that child’s school to cover her lunches for the rest of the year.

“These are the stories that we hear every day from the staff of the credit union: what we do for each other, what we do for our community, and what we do for others,” Neyman says. “That is one of the things that I think has real quality and has taken us to the next level.”

And sharing those stories, Newberry says, allows synergy to take place throughout the company. “Storytelling is one of the most powerful things that someone can do to describe their experiences,” he says. “That reinforces the culture that you’re trying to build.” Another benefit RFCU has seen is that its reputation has grown as an employer of choice, further proving how well its focus on culture has worked. The company is considering plans to roll out a new five-year phase of the process to be completed in 2022, and work is being done to engage employees in community programs and local education partnerships throughout areas of service in Alabama. The tremendous success and ongoing commitment to culture hasn’t only been recognized internally; RFCU recently received the Partners In Leadership prestigious 2017 Ozzie Overall Ruby Award for excellence in accountability, leadership, and culture.

“If the world would use the models and concepts of Partners In Leadership, I truly believe the world would be a better place,” Neyman says. “If you work with your people and they know that you care about them, they’re going to do whatever they need to do to achieve results.”

Why Marty Collins Believes You Should Always Be Closing