Marty Collins believes in giving business leaders the gift of time, and closing quickly enables that 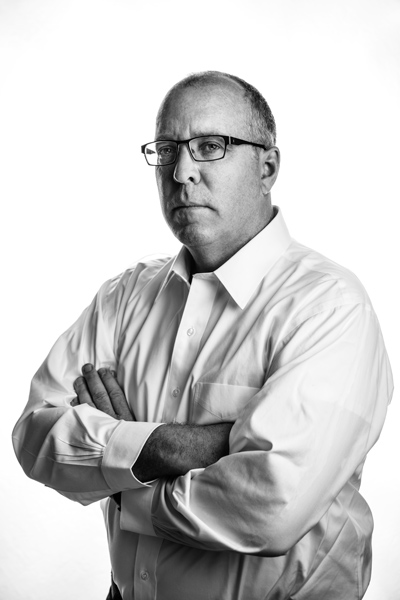 “Always be closing.” The play and subsequent hit movie Glengary Glen Ross made this advice legendary, but Marty Collins would add an addendum to it: “Give the other guy two choices, and try to close by version three.”

Collins—the senior vice president corporate development, legal, and compliance at QuinStreet—credits his mentors at law firm Mayer Brown for ingraining the mind-set that morphed into these principles over time.

“The biggest gift you can give someone is the gift of time,” Collins says. “That includes not wasting their time, which, in turn, means understanding what they want and need.”

Collins believes this is simple, though not always easy. A critical component to swift decision making is being able to boil down any issue to its essence and to present decision makers with two clear choices to pick from, Collins says.

What mistakes do you see leaders make in their decision-making processes?

As information is transmitted, some is inevitably lost. This is particularly true with assumptions; embedded assumptions can be all but invisible. So the keys include getting recommendations from those closest to the facts and minimizing information loss.

I am particularly keen to spot reasonable, but possibly invalid, assumptions. One way I try to surface those is by encouraging everyone in the decision-making process to provide two alternative recommendations with accompanying risks and mitigations for each.

How does this relate to “closing on version three?”

Suppose someone comes to you, perhaps brimming with excitement, about a new business opportunity. They have lots of preferences, but maybe they have not thought through all of the implications, whether for themselves or the counterparty.

One thing you could do is write up those preferences and throw them over the wall; let the counterparty be responsible for sorting out its preferences, as well as divining why you have yours.

But that’s actually pretty inconsiderate because you’re wasting everyone’s time. Instead, invest time in being clear about your preferences and the underlying assumptions, and also make clear, identifiable assumptions about what you think the counterparty wants and needs. You might be incorrect, but at least it will appear you care—and you should. Send that, and call it version one.

With a little luck or karma, they’ll counter in kind; call that version two. Then, get on the phone (three emails means it’s time for a call anyway) and negotiate the differences. Flip a coin to see who writes up the result, and call that version three. Then, everyone agrees to this version and goes on to the next matter (or home to their families or hobbies, as they wish).

You also say, “Never solve a problem you can avoid.” How does that relate to decision making?

A couple of years ago, a federal agency appeared interested in learning more about QuinStreet’s performance marketing industry. Many industry participants believed that the government was not there to help. Instead, education would be the first step toward investigation and potential liability. I went to our CEO and said, “Look, here are the risks and mitigations of engaging or not.

And by engaging we’ll be an outlier.” We discussed it, including with our board members, and ultimately decided to take the government’s inquiries at face value and to use our experience and expertise to explain a complex series of technical, commercial, and sociological issues. We ended up spending more than eighteen months doing that—while still doing our day jobs.

The education process became mutual, and as a result, we’ve developed industry standards. We could have taken a pass and hoped nothing came of it, but neither hope nor luck are strategies. In my view, once you detect an issue, you may as well start working on it. With a little empathy and candor, you can frequently resolve it sooner using fewer calories.

How can you be sure you’re making the right decision?

But all good decisions start with the facts. John Adams once observed, “Facts are stubborn things.” By getting the folks closest to the facts to make those clear, with alternative recommendations and by outlining risks and mitigations, you’re on the road to optimal decision making—a road where the assumptions and obstacles are clear or at least detectable. And if, while on that road, the facts make you start to change your mind, that’s fine; changing course is a hallmark of leadership.

Why is it important to offer two alternatives?

Most people don’t like to be told exactly what to do. “Eat your peas” just feels worse than “Please eat either the peas or carrots.”

Two alternatives also force a comparison. And when a comparison is accompanied by risks and mitigations, you can usually recognize where ego, assumptions, or other nonfactual components might have informed the analysis.

Although more than two alternatives are sometimes warranted, two alternatives will suffice in most cases. Multiple alternatives can not only paralyze the decider, but they can also let the recommender—the person closest to the facts—off the hook. If you can’t narrow it down to Plan A versus Plan B, you probably don’t understand the problem you’re trying to solve. And if you really want to help save time, especially for busy C-level executives, it’d be great if you could get those alternative plans down to one page, slide, or graphic.

How does all this apply to QuinStreet’s performance marketing business?

Performance marketing is all about turning data into information. We’ve been A/B testing campaigns and analyzing the results for almost two decades. So we’ve developed some very powerful insights across multiple client verticals; numbers rarely lie. We tend to work well with industry participants who believe in math.

How do you engage with someone who isn’t used to this type of decision making?

Someone not used to fact-based decision-making? To paraphrase Charles Darwin, I think it would be unlikely that such people would be commercially or otherwise important, let alone happy.

More seriously, anyone, at any level, can help their colleagues, clients, and managers by distilling their knowledge into two alternative recommendations and being clear about the risks and mitigations of each. And it’s OK to highlight which one you’d pick if it were up to you. Do that often enough, and you’ll probably get to decide bigger things.

If not, it’s OK to move on. Life is short enough as it is.