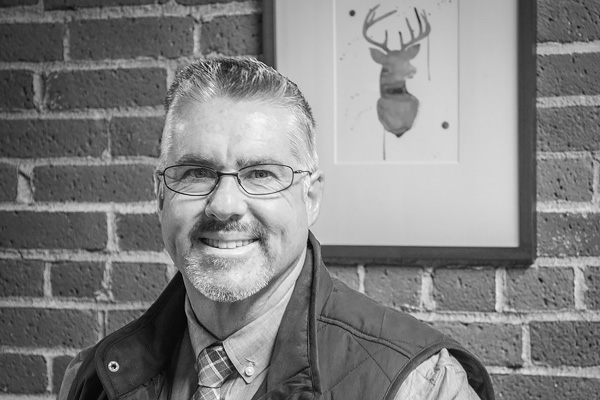 For Robert LeBoeuf, the story of Punch Bowl Social is the story of its founder and CEO, Robert Thompson. When LeBoeuf first encountered Thompson and Punch Bowl Social—an “eat-ertainment” concept that pairs a scratch kitchen and craft beverages with games and social activities such as bowling, vintage video games, and more—it was just an introductory meeting.

“It was supposed to be a two-hour meeting on a Friday afternoon, and before we knew it, it was evening,” he remembers. “A second meeting led me to seriously consider joining the Punch Bowl Social team. After spending time with Robert, it was clear to me that this would be a significant and career-changing opportunity.”

Before that meeting, LeBoeuf had logged twenty-seven years with Ruby Tuesday. His more than two-year tenure with the restaurant chain ended when a change in leadership led to sizable turnover in management, which included founder and long-time CEO Sandy Beall stepping down in 2012.

LeBoeuf is inspired by entrepreneurs like Beall—leaders with vision who operate with integrity and high standards. That’s why he spent a few years working directly with CEOs as a consultant. It was Robert Thompson, however, who brought LeBoeuf back into the restaurant game in November 2015. At Punch Bowl Social, he now serves as the chief people and operations strategy officer. LeBoeuf emphasizes how special it is to be part of an organization that’s led and driven by its founder. “The DNA of this concept comes from the heart and the head and the experiences of its founder,” he says. “Robert Thompson did the research, put in the time. He tried numerous other business models before finally landing on what is now Punch Bowl Social.”

Punch Bowl Social is certainly an extraordinary entity. Sure, there’s an abundance of “barcades” out there, and there’s most certainly a deluge of establishments that pair dining options with activities such as bowling, shuffleboard, and video games. But LeBoeuf says that Punch Bowl Social’s remarkably balanced execution of the eat, drink, play concept is what makes it stand out.

The food, for example, is a cut above other establishments of its kind. Chef  and author Hugh Acheson—a James Beard award winner and Top Chef judge— leads the culinary direction of the rapidly expanding brand by developing the menu and lending a soulful interpretation to its dishes. Acheson’s expertise and careful attention to detail is evident throughout the dining experience. Similarly, the bar serves the kind of craft cocktails, milkshakes, and craft beer you’d find in a big city hot spot. You can order all of it in the dining room or while you’re bowling, playing pinball, or dominating on a foosball table. All of it is set against a backdrop that derives its style from industrial, Victorian, and midcentury modern motifs, which Thompson dubs “dirty modern.”

Other attributes that appealed to LeBoeuf include the restaurant’s use of post-consumer, recycled goods, 100 percent biodegradable takeout supplies, and local sourcing.

According to LeBoeuf, all these factors combine to attract Punch Bowl Social’s target demographic: the millennial. This doesn’t just mean customers; it also means attracting the best staff. LeBoeuf says Punch Bowl is planning to grow by six restaurants a year, and with the company expanding, it is currently looking to grow its team. When looking for potential team members, LeBoeuf says it all comes down to values.

“Robert has been called the millennial whisperer—and for good reason,” he says. “He really understands what this demographic is looking for and how best to execute a plan to meet those needs. That same level of understanding drives how and who we hire, allowing us to pull together a team that truly believes in the brand and is excited to grow alongside Punch Bowl Social. Obviously, it’s very exciting for me to be involved in this remarkable opportunity and to work with a strategic visionary such as Robert.”

It was Robert Thompson, after all, that brought LeBoeuf to the company. And now, after more than year and a half there, he finds himself continually impressed with the founder’s steadfast leadership. “He will not compromise his standards or lower his expectations,” he says. “He’s set a high bar, and I have no doubt that this is what is driving much of the brand’s success. It really is a modern success story.”

Moreover, he thinks Punch Bowl Social is just plain cool. “I have seven kids, and they think Punch Bowl is the coolest thing they’ve ever seen,” he says. “So not only do I get to work in a position that offers tremendous opportunity and career growth, but, for what may be the first and only time in my career, it’s left my kids completely awestruck.”

It doesn’t get much better than that.

Aramark Uniform Services helps Punch Bowl Social create an “eat-ertainment” atmosphere for its patrons to enjoy. We deliver freshly laundered towels, aprons, floor mats, and table linens so Punch Bowl can look its best and serve up an exceptional customer experience. With more locations on the way, we congratulate Punch Bowl Social on its continued success and share in its excitement for the future. Our dedication to serving our clients with quality products and services is another way we help enrich and nourish lives every day.

Why Marty Collins Believes You Should Always Be Closing

Mary Dale: A Life of Service