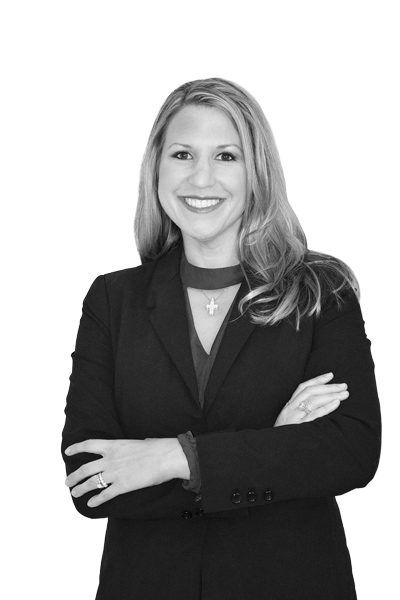 Mary Dale is boundlessly energetic and relentlessly positive, even when faced with a challenge. And when the challenge is finding the right person for a specific position, she uses t hat boundless energy to find exactly the right person for the job. Her early experiences in an all-girls Catholic school—which included students from different socioeconomic, religious, and ethnic backgrounds—taught her open-mindedness and instilled a deep sense of fairness that she uses as the backbone of her leadership strategy. No stranger to struggles herself, Dale ensures that she never loses sight of the human element of human resources.

As the youngest of five, Dale knew that paying for college was going to be tough, so she entered the workforce at the young age of twelve. By the time she was sixteen, in addition to school and field hockey, Dale was balancing three jobs—including a role in corporate marketing for a cell phone company that was entirely commission-based. She says that particular job hammered it home early: if you want to be successful, you have to work hard and put in the time and effort.

“Rather than just filling all of the open positions based on a job description, I instead was ver y strategic with my recruitment strategy. I shadowed each of the clinical staff members, including the physician owners, to really understand what it was they were doing and what a successful match would be.”

Dale’s relentless work ethic served her well at Ferris State University, where she majored in communications. She sought to maximize every moment of her education and even created her own class, where she revamped the student job fair and helped plan the “Flex for Success” conference. Using her infectious enthusiasm and sales experience, Dale recruited more than seventy-five student volunteers, organized the marketing, and brought in employers from across the country. The fair received the best feedback it had ever received in overall planning and execution due to Dale’s efforts, and the manual of procedures she created is still in use today.

After college, Dale brought her knowledge of sales and management to K-Force Professional Staffing. Her insight into what people need and where they fit best served her well in this role, and she was recognized as one of the top 10 percent of recruiters nationwide at an event in Monte Carlo, Monaco. However, the trajectory of her career changed when she found herself being recruited by one of her clients, Orthopaedic Associates of Michigan (OAM). Created from the merger of four companies, OAM desperately needed a strategic leader in human resources, and Dale stepped up to the plate. She says that the most important lesson from her time at OAM was getting into the weeds and truly understanding the needs of each position she was working with.

“Rather than just filling all of the open positions based on a job description, I instead was very strategic with my recruitment strategy. I shadowed each of the clinical staff members, including the physician owners, to really understand what it was they were doing and what a successful match would be,” Dale explains. “What I found was that every doctor—even those in the same specialty—had very different bedside manners and needs.”

Dale started recruiting strategically to fit each doctor’s style, pace, and needs. If they were chatty, she found a medical assistant who could keep them on time; if they were stern, she would find someone who was warm and would spend the necessary time with patients to ensure their overall experience was a positive one. In addition to helping physicians succeed, this practice helped the company save $428,000 within the first year simply by eliminating the use of outside staffing firms.

Dale also notes that her on-the-ground experience was crucial to her success. “Getting in the weeds helped me be a strategic leader and later a successful chief operating officer for the organization,” she says. “By the time I left, I had walked a mile in almost every person’s shoes who worked there and truly understood the positions inside and out.” Dale’s approach had clear results. OAM went from a company not scoring well on employee satisfaction surveys when Dale arrived to being recognized as one of the 101 Best and Brightest Companies to Work for in West Michigan every year from 2010 to 2016. The wellness program Dale created in-house was also recognized in 2015 and 2016 as one of the top wellness programs in the state of Michigan.

Although she loved the people and the company, Dale eventually left OAM because she needed a better work/life balance. Her most demanding weeks sometimes entailed more than a hundred hours of work, and with two young children at home, the pace was not sustainable. After Dale took some time off due to family health emergencies, Metron Integrated Health Systems approached her about becoming its chief human resources officer. She accepted, and now she couldn’t be happier. She says the long-term care and rehabilitation organization’s values, focus on service, and respect for human dignity truly set the organization apart. “This is one of the first places I have worked where the mission isn’t just something posted on the wall,” Dale says.

In her typical fashion, Dale hit the ground running the moment she arrived at Metron. First, she worked to centralize the payroll process and implemented a talent acquisition system; this allowed staff in the field to focus on being strategic and ensured that all eight locations were working from the same information. Next, she implemented a new compensation philosophy and structure to increase employee satisfaction and retention and to ensure that the HR department could provide services that fueled growth and development for the organization.

“I created a system with a whole new compensation philosophy, structure, and pay-for-performance model to ensure that our staff didn’t feel the need to leave the organization if they wanted to grow and didn’t necessarily want to go back to get a new degree,” she says.

Traditionally in long-term care, she explains, compensation would be determined by calling the competition to compare pay rates and benefits. When she arrived, Metron had one pay rate for those with up to one year of experience and another for those with more than three years, but then it stopped. Dale made sure one of her first orders of business was to create growth opportunities and career laddering for almost every role. In her new plan, there are different pay rates based on experience level and new career laddering options to ensure everyone has a path to be working at the top of their certification.

Part of that process is making sure her own team is working at the top of their game. Accordingly, she takes her role as a mentor very seriously. And while she is up front about her high standards, Dale never asks someone to do something she isn’t willing to do, whether that means assembling packets, filing paperwork, or calling every employee to make sure they don’t miss open enrollment. “I think my team would say I am very fair, believe in them, and want them to grow and be successful,” Dale says. “I push them to their limits sometimes, but I walk a mile in their shoes. If they need help, I am sitting right there beside them.”

In fact, she credits her servant leadership style and empathy as key reasons behind her success. “Being a human resources person that has had my own health struggles and kids who have had health struggles, I really have a heart. I try to do my best to support employees during their own hard times,” Dale says. “What I have found in the past is that when you support and care about an employee as a person, they work ten times harder for you as an employee.”