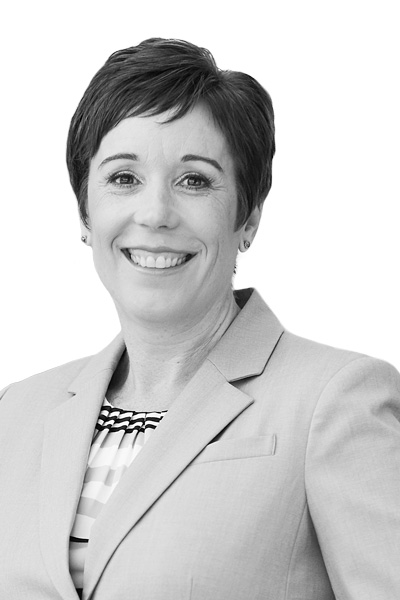 Just as Diana Prince functions as the mild-mannered alter ego to Wonder Woman, Des Moines, Iowa-based Meredith Corporation is the unassuming face of the thrilling publications under its banner.

Michele Ramsey, who serves as general counsel for Meredith’s national media and marketing groups, is reminded of this every time she attends an industry event. People see the name of the conglomerate she represents, and quizzical reactions abound until she shares the company’s two biggest brands—Better Homes & Gardens and Allrecipes.com. That’s all that’s needed for proper recognition. But were Ramsey to keep sharing—Family Circle, Parents, Rachael Ray Every Day, Shape, EatingWell.com—the true identity of Meredith would be revealed. It’s a powerhouse on multiple fronts, thriving in an era when most publications of its generation have struggled to find their footing.

“Publishing is in New York, media is in New York, and we have offices in New York, of course,” Ramsey says. “But I think we’ve always been a company that i n nov ate s and that isn’t afraid of pushing forward to stay on the cutting edge.”

As an attorney who has been with Meredith since 2008, she is deeply familiar with the whirlwind of changes that come from pushing forward in the digital age. But before joining Meredith Corporation, Ramsey served as a private practice litigator. Then the opportunity arose to work as outside counsel for Meredith, and that eventually led to an offer to come in-house. As such, she is equally familiar with the need to be adaptable.

Early on, Ramsey occasionally felt her background was working against her. The attorney she initially reported to, for instance, had her doubts. “She was very skeptical; she’ll admit it now,” Ramsey says with a chuckle. “She had been a media lawyer all her life, and here I was, this trial lawyer who knew nothing about either media law or drafting a contract.”

Ramsey did, however, know a thing or two about dealing with contracts, which gave her a helpful vantage point. “To have red flags go up in drafting and negotiation, saying, ‘That’s too ambiguous,’ or ‘We need to better define this,’ it was extremely helpful to have that background,” she explains.

On the other hand, she was dealing with a different dynamic. Rather than be the one explaining why something can’t be done, Ramsey had to learn how to advise her internal clients to act in the most compliant way and with the least amount of risk. “That was one of the biggest learning curves for me,” she says. But that was nothing compared to what awaited Ramsey in the form of technological advancement. As recently as a decade ago, the legal focus at businesses such as Meredith was on sweepstakes, rules, and marketing disclosures as they appeared on rudimentary web pages and print versions of magazines. Mobile content wasn’t prevalent yet, and online video was in its infancy.

By contrast, Ramsey sees her current day-to-day largely involved with app development, mobile marketing, and data in the cloud. “We’re dealing with all kinds of cookies, pixels, tags, behavioral advertising, tracking, and ad-blockers,” she says “None of that was even a thing in 2007.”

This seismic shift in publishing means Ramsey needs to be constantly learning. She starts by soaking in as much knowledge as she can from her business associates that live and breathe the digital world. On top of that, she attends as many meetings and industry events as she can, asks plenty of questions, and pursues formal opportunities for continuing education. Above all else, Ramsey keeps in mind those elements of law that remain constant.

“With every step of the challenge, the biggest part is understanding the business,” she says. “It’s impossible to negotiate or draft a contract, advise internal clients on disclosures, or do anything in my job without having a basic understanding of what the deal is. In this digital world, though, it’s amazingly complicated.”

The deal at hand almost always involves data—using it, sharing it, transferring it— so plenty of questions crop up regarding its use, restrictions, data security requirements, audit rights, and other issues. Add into the mix digital marketing issues, behavioral marketing issues, social media concerns, and the two crucial matters of data privacy and data security, and it seems remarkable that the legal world can keep pace at all.

Ramsey gives the example of an advertising client for a large marketing program that sent Meredith Corporation its standard vendor agreement as the template for a contract. It quickly became evident to Ramsey that the contract was too generic, written for something tangible that could be shipped that the client would own outright once received. For this particular media deal, it wasn’t the right option. “Some of the challenge is that we have to standardize things to some extent because we have a limited amount of time and resources,” she says. “We can’t start from scratch every time.”

Ramsey’s goal is to be a business partner, not a gatekeeper. One look at Meredith Corporation’s current stats makes clear why it’s a worthwhile effort: multiple distribution platforms, including broadcast TV, print, and mobile; a digital base that reaches 55 million people monthly; over 14.6 million Facebook fans; and a separate marketing arm (Meredith Xcelerated Marketing, or MXM) that brings yet another dimension to the conglomerate’s success.

The superpower that helps Ramsey and her team manage all this is the ability to take things in stride. “It’s challenging to not be an inhibitor of progress, but also to put the brakes on when necessary to take a hard look at what the deal is, who the vendor is, and whether or not we trust them,” Ramsey explains. “But you also don’t want to be the last to the party.”