Kathy Twiddy, the newly named vice president, US general counsel for Mayne Pharma, has made a lifelong goal of seizing new possibilities as they arrive

When Kathy Twiddy looks at her career, she attributes her success to embracing new opportunities. “I’ve never felt like I needed to label myself as one particular thing. And I still feel that way now,” Twiddy says. Raleigh, North Carolina-based pharmaceutical company Mayne Pharma recently named Twiddy vice president, US general counsel. To get there, she developed skills at law firms and in the technology and healthcare industries. “I think my career path shows that I have successfully managed a variety of things,” she says. 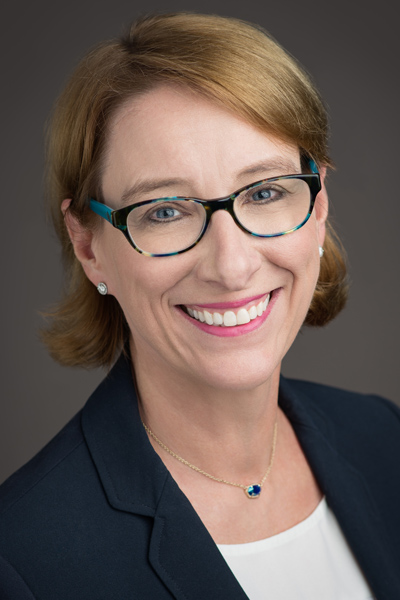 Although Twiddy is a natural fit for her field, she relied on dedication and self-confidence to start her career. Growing up, Twiddy wanted a career that would allow her to user her skills in writing and solving logic puzzles. She had a childhood friendship with a lawyer who became something of a father figure after her own father died. She developed enough of an interest to look at getting a JD at the University of North Carolina at Chapel Hill, where she studied journalism and studio art as an undergraduate.

At the time, her college advisor shut down the idea. “He said, ‘I’m just not sure that’s for you,” Twiddy recalls. At first she took that advice to heart. After working for two years at a Raleigh television station, however, she felt that law would be a good fit. And after earning high scores on her first few practice LSAT tests, she grew even more confident. “I realized I shouldn’t have listened to that guy,” she says.

Twiddy has carried that renewed self-confidence ever since. After about two years as an attorney at the firm Poyner & Spruill, Twiddy learned about a new opportunity at IBM, whose Research Triangle Park site in Raleigh was one of the largest in the country. Within two weeks of applying, she had an offer for an attorney position. “IBM was a wonderful training ground,” Twiddy says. As one of three general attorneys there, she gained experience across a range of fields, including software and IP.

Twiddy networked a great deal during this time.  After gaining expertise over seven years at IBM, she found new opportunities. First, she developed a new Raleigh branch for the Richmond-based firm Mezzullo & McCandlish. That led to her working as a partner in a larger international firm, Kilpatrick Stockton, where she developed skills in mergers and acquisitions, along with guiding the firm’s practice in software and IP transactions.

Toward the end of her three years there, the internet bubble burst, but her software and M&A experience helped Twiddy to build her career in another new direction: the healthcare industry. As general counsel at Misys Healthcare, an electronic medical records company, Twiddy successfully completed the company’s merger with Allscripts Healthcare Solutions in 2008.

This was Twiddy’s first experience in, as she refers to it, merging herself out of a job. It, however, led to more exciting work in the field. She was able to bring her new knowledge of the medical field and healthcare regulatory law to a role as senior associate general counsel for Quintiles, a leading contract research organization for pharmaceutical companies. After a few years, one of her prior CEOs at Misys—who had taken on a new role as the CEO of M*Modal, a publicly traded company that was considering various possible transactions—contacted her. He asked her to be his chief legal officer. “He knew it was on my bucket list, and it’s sometimes hard to get that first public-company GC position,” Twiddy says. “I knew that was my chance if I was ever going to do it.”

Although she suspected it wouldn’t be a long-term position given the plans of the company, after successfully negotiating a going-private transaction, doors opened up. Twiddy then became the vice president, general counsel of LipoScience, a clinical reference laboratory and medical device company, where she was able to bring her M&A skills to the table again during a 2014 merger with Laboratory Corporation of America.

“Shepherding that merger was probably one of the highlights of my career,” Twiddy says. “Even though there are mixed emotions when you merge yourself out of a job, it’s gratifying to be able to help the company through that.” This set the stage for a move into a role as an M&A partner with K&L Gates, an international law firm with offices in Raleigh and Research Triangle Park, where she remained for two and a half years before joining Mayne Pharma. Thanks to her in-house work in healthcare, she can dive deeper into corporate transactions, pharmaceutical licensing, and regulatory work.

A Variety of Roles

While many of her friends thrive at only a few firms, working at many companies helped Twiddy develop her abilities. “Had I not had all of these roles, I may have still known that people and projects can certainly differ. But I think you get better and better at approaching new things the more you do it,” Twiddy says. “There’s a definite value in getting along with people and being able to impart advice in a coherent, intelligent and nonthreatening manner, and being in different environments helps you sharpen those skills.”

Twiddy notes that her expertise in both tech and healthcare enables her to stay close to home in Raleigh. “Thank goodness I had the exposure I had to some of these things, because it’s really useful today,” she says. “Being able to develop expertise in two industries was a big reason that I was able to stay in the Research Triangle Park area and still have a varied career path and great opportunities. I have never been particularly opposed to moving around. But it’s great to have varied experiences with the convenience of remaining in the Raleigh area.”

Above all, Twiddy adds, she enjoyed her career because it’s never been boring because of constant change. “Some people like change and some people hate it,” Twiddy says. “I have always really enjoyed a new project. Variety is the spice of life.”

Lighting the Path to the Future at Lumileds