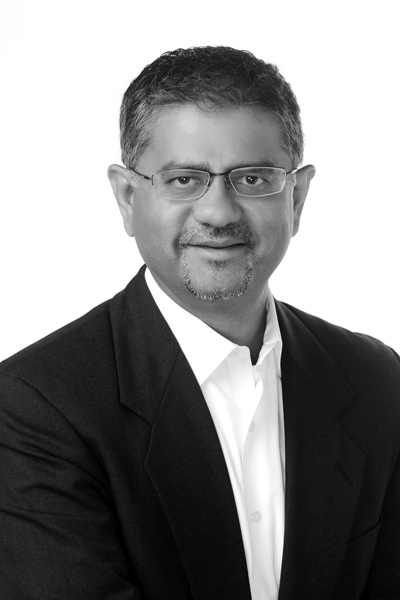 From its beginning as an acetylene and oil-burning lamp in the 1880s, the humble automobile headlight has evolved into a robust, environmentally friendly, solid-state lighting technology, providing high luminance and best-in-class LED headlight beam performance and control. Likewise, the incandescent light bulb, invented more than one hundred years ago, is being replaced with state-of-the-art LEDs as the way forward. In order to continue leading in that field as one of the world’s biggest suppliers of automotive industry headlights and LED components, Lumileds will soon be spun off of Royal Philips NV.

The separation of Lumileds began in 2014, when Philips decided to divest itself of the LED components and automotive lamps/LEDs businesses. The first challenge was that the patents, trademarks, and other intellectual property (IP) of Lumileds were deeply entangled in Philips’ IP portfolio. Lumileds would need to tease out its roster of proprietary IP assets from those of its parent company before it would be ready to launch as a stand-alone entity.

Enter IP strategist Keaton Parekh, an accomplished attorney and electrical engineer with more than twenty years of experience in all facets of IP, including licensing, litigation, M&A, trademarks, and patent prosecution. Upon joining Lumileds in 2015 as its chief IP officer, Royal Philips gave Parekh a blank slate and asked him to build from the ground up the IP infrastructure that Lumileds needed to operate as a cutting edge, stand-alone company. With his history and background in doing just that for other companies, he quickly sized up his plan and got to work.

He knew to start with legal, technical, and market insights. “I never start without a plan, but I always remain flexible because things don’t always go as planned,” he says. “I knew I would have to quickly adjust to market and technology changes, as well as changes in the direction of the company.”

STAGE ONE: ASSEMBLING THE TEAM

Over the first six months, Parekh assembled an assortment of internal and external professionals worldwide. That included patent attorneys, patent agents, LED experts, patent brokers, and other IP service providers, all of whom would help guide the IP structure and strategy of the new company. Many were people he had worked with in other circumstances, so he was familiar with how they would help move the initiative forward.

During that period, Parekh and his team diligently worked to gain a firm understanding of Lumileds’ products, technology, IP assets, competitors, and the markets in which the company operates. “IP can have a significant impact on almost every aspect of the company, so the work we do requires a solid grasp of the business as a first step,” he says.

Over the next several months, Parekh and his team engaged in extensive negotiations with Philips and third-party patent sellers to have more than five thousand IP assets, including patents, applications, invention disclosures, and trademarks, earmarked for ownership by Lumileds. Parekh led his team to set up a state-of-the-art patent docketing system to manage and docket the IP assets. It quickly became apparent that while having ownership of IP assets was a significant step forward, it wouldn’t prove useful if not properly organized.

It was then that Parekh’s IP experience really paid off. He and his team developed a taxonomy that classified every patent asset into a logically structured library. This taxonomy was the first step in the entire IP team understanding the full extent of the Lumileds IP portfolio. His in-depth analysis of the newly established library was revelatory. “There were so many golden nuggets of value that Lumileds will use in the future,” he says.

With this deep comprehension of the IP portfolio, the Lumileds IP team was ready to strategize as to what the company would look like from the IP perspective after it left Philips behind.

Parekh and his team next formulated a detailed patent filing and acquisition strategy to ensure the Lumileds patent portfolio would continue to be one of the strongest LED and automotive lighting patent portfolios in the world. Parekh teamed up with R&D, Operations, Sales, and Product Marketing in order to coordinate efforts as he further refined his strategy.

“IP strategy should not be developed in a vacuum; it is crucial to pull in the right people at the right time,” he says.

Parekh and his team also developed an approach to ensure the Lumileds patent portfolio covered all of the company’s current and future products. A considerable amount of time was spent analyzing competitors’ IP portfolios, understanding the quality of such portfolios, and developing a patent assertion plan. Parekh knew that, going forward, he would use this portfolio to allow for freedom to operate and to extract the full value of all IP assets.

Parekh and his team then began addressing gaps in the IP portfolio to ensure the company’s future opportunities were IP covered. Sometimes, they developed the new assets in-house. Other times, they purchased existing IP. Eventually, Parekh would work closely with several brokers who scour the IP universe to find solid patents to help lead the company forward. Parekh and his team are very excited to have begun executing the patent assertion plan.

Throughout the process, Parekh was not only setting up the future entity, but also managing the day-to-day operations of the Philips subsidiary. Headquartered in Amsterdam, with operations in Germany, China, and more than thirty other countries around the world, Lumileds produces cutting edge, high-

performance LED technology and state-of-the-art automotive lamps. As the chief intellectual property officer, Parekh traversed the globe, attending to IP opportunities and challenges. In 2016, the LED market was valued at $29.5 billion, and growth of the LED technology industry is projected to exceed a 7 percent compound annual growth rate by the year 2021.

ALMOST ACROSS THE FINISH LINE

Lumileds recently gained its independence, and Parekh is excited about what the future holds. The global market growth opportunity is especially exciting because Lumileds’ LED lighting and automotive lamps/LEDs don’t just offer exceptional performance. In addition, Lumileds minimizes the ecological impact in production and in use, which are the key pillars for the Lumileds sustainability program. The program has three sustainability modules, including: Green Innovation, which maintains complete compliance with all regulatory, environmental requirements; Green Operations, which ensures the health and safety of its nine thousand workers, as well as responsibly manages its use of energy and water and reduces its emissions of toxins; and Supplier Sustainability, which holds all suppliers within its supply chain accountable for their responsible practices and ethical behavior.

Considering Parekh and his team’s deep mastery of the Lumileds IP portfolio, the IP strategy Parekh has implemented, and the significant growth expected in relevant markets, it appears that the new company’s future is looking brighter than ever.

Volpe and Koenig, P.C. is pleased to recognize the accomplishments of Keaton Parekh, chief IP officer of Lumileds.  We have seen Mr. Parekh’s insight and leadership firsthand over the last decade and are proud to partner with him and the entire Lumileds team.

With attorneys, patent agents, and technical advisors dedicated to IP strategy, Volpe and Koenig serves a diverse roster of industry-leading clients spanning the technology spectrum.  Visit vklaw.com to learn why companies like Lumileds choose Volpe and Koenig to help them maximize the value of their IP.

Meg Lassarat is Funding the Future of Engineering