When Elizabeth Ganiere arrived in Nappanee, Indiana, a tornado had recently hit the campus of the Gulf Stream Coach headquarters. “It took out several buildings,” she recalls. “The place was obliterated.” When the recreational vehicle manufacturer filed a $20 million claim but the insurance company only offered $12,000, Gulf Stream Coach’s CEO turned to Ganiere—who had recently joined the company as assistant general counsel in January 2008—to resolve the lingering dispute. 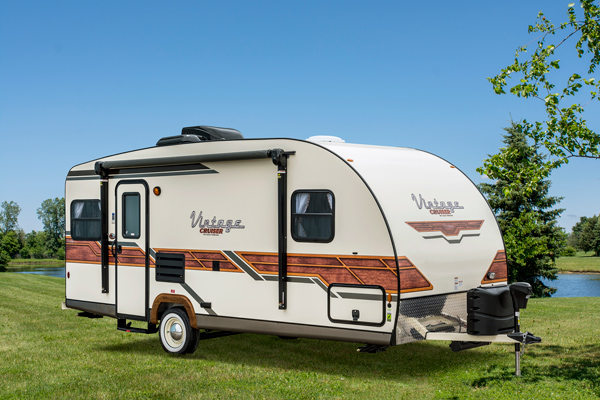 Ganiere found several documents of lost assets sent to the adjuster worth thousands of dollars. She reanalyzed the communication process to discover invoices had been misread. “I literally became an interpreter. This was not legal work, but nevertheless it was legal negotiation,” she says. “I didn’t note on my résumé that I used to be an insurance agent, but it has become a valuable asset that I use time and time again.”

The five-foot-two legal leader who says she smiles a lot admits that her appearance in the male-dominated manufacturing world often causes misconceptions. “People automatically misjudge me. Women tend to be classified as not math or mechanical people,” she says. “But that’s entirely not true. We’re all consumers.” She describes being overlooked as a secret weapon, presenting intelligent information to override the misperception.

Diversity is important to give a rounded view of who the customer is and what is being produced, according to Ganiere. She advises professional women across industries to step up and ask for everything. “Men are just given things, but unfortunately women have to ask for what they want,” she says. “We have to almost be in your face about asking.”

At the start of her own career, the southern California native worked her way up from bookkeeper to assistant treasurer in an accounting department for an insurance company. Then she joined a global boutique agency focused on marine and yacht insurance in Newport Beach, California, as an insurance agent. A sailor herself, she describes it as a natural fit to insure marinas and private yachts navigating all over the world. “It was great fun, a lot of who’s who,” Ganiere says. Actor Christopher Reeve, an avid sailor at the time, became one of her celebrity clients, as did actress Florence Henderson.

Part of Ganiere’s role included reading policies to figure out whether clients’ claims were included or excluded, depending on whether they ventured outside their navigable waters. “I found myself reading these long policies and trying to figure out whether they had a viable claim or not,” Ganiere says. She felt she could write the contracts herself, so she decided to go back to school.

“People automatically misjudge me. Women tend to be classified as not math or mechanical people. But that’s entirely not true. We’re all consumers.”

Ganiere earned a bachelor’s degree in political science from the University of Southern California. She then worked as a case manager for Champion Home Builders during its acquisition of Redman Industries, while earning her juris doctor at Western Michigan University on nights and weekends. After graduating in two and a half years, she joined its leadership team as corporate counsel.

In 2008, Ganiere joined Gulf Stream as assistant general counsel and then found herself testifying before the US Congress. Gulf Stream Coach had manufactured tens of thousands of FEMA trailers for the government to help with temporary emergency housing during the aftermath of Hurricane Katrina. Several years later, the government had a hearing concerning the trailers that Gulf Stream Coach manufactured. Ganiere helped prepare testimony and live-coached the CEO through the intense C-SPAN-broadcasted congressional hearing—resulting in a positive outcome for the company.

Four years later, she was promoted to general counsel and corporate secretary of the conglomerate enterprise. Initially comprising several companies founded by Jim Shea Sr. in 1971, the resulting Gulf Stream Coach is now led by two of his sons. The day-to-day operations span twenty-two brands and more than 140 different models of motor homes, travel trailers, and fifth wheel trailers. That legacy is why Ganiere describes her arrival as a shake-up. The family-based management hadn’t changed in decades, and she saw opportunities for positive growth. “I asked a lot of why, why, why,” she says. “I infused ideas that I’d learned from other management styles and corporations.”

In her second month on the job, Ganiere was shown a room with boxes stacked f loor to ceiling and tasked with organizing the paperwork for an impending class-action lawsuit. She spent three weekends establishing a reference code. The previous record retention policy was to keep everything forever, she says, so the paperwork that had accumulated over the company’s forty years required an extensive policy reboot. She took baby steps to implement a seven-year revised records strategy. “Sometimes it’s best to take little bites of the apple versus putting it all in your mouth at once,” she says.

Currently, most of her time is spent ensuring compliance with the US National Highway Traffic Safety Administration for recalls, code updates, and ever-changing individual state licensing mandates. When she’s not working on several big real estate projects in Indiana, Florida, and Illinois, she’s also reviewing and negotiating contracts and maintaining compliance for a new line of business. Gulf Stream Coach recently returned to the motorized RV business after a six-year hiatus. Now, through partnerships Ganiere negotiates with GM and Ford, Gulf Stream Coach is manufacturing Class C models that feature a camper in the back and a chassis (engine and wheels) in the front.

“All our RVs are moving houses,” she says. “RVs are all handmade from the beginning to end—the doors, the cabinets, the outside, everything.” Skilled workers have produced almost three hundred thousand RVs in the company’s history.

Ganiere’s own form of workmanship has crafted the legal team into an essential business partner at Gulf Stream Coach. She cites her leadership skills as passion, positivity, and a strong affinity for learning— proven by her ascension through the worlds of accounting, insurance, and the law, or what she calls a “collective ability.” Her eclectic background has only strengthened her legal acumen. “In business strategy, you always have to know where the money goes,” Ganiere explains. “That’s where my accounting background is a huge strength.”

Yet above all, Ganiere adds, leadership has to be grateful for the work and the team, and she aims to provide that same growth at Gulf Stream Coach.

A Sense of Pride and Purpose at American Medical Response