When he was in college, Randy Strozyk of American Medical Response (AMR) studied microbiology and spent summers working as a paramedic. After graduation, the only jobs for microbiologists were in hospital labs, and Strozyk decided to spend one more summer within the EMS world. 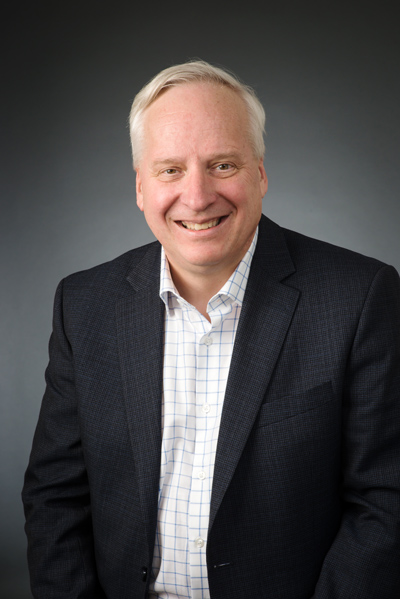 That was more than thirty years ago. After spending thirteen years as a paramedic, Strozyk is now executive vice president of operations for AMR, the nation’s leading medical transportation company, which serves more than 2,100 communities in forty states and the District of Columbia. He also oversees the company’s fire services division, which serves communities in three states and multiple industrial fire departments across the country.

During Strozyk’s seventeen years with the company, there have been many changes. The most recent is how AMR is leveraging its extensive data archives to support the most effective treatments and positive patient outcomes.

“We’ve always prioritized healthcare and medicine, but now we’re using analytics to define and identify clinical efficacies,” Strozyk says. “We’ve gone from the days of all red lights, sirens, and driving as fast as you can to using statistical evidence to make sure we send the right resources and treatments at the right time. Customizing the response to a situation is safer because we can sometimes go at a slower rate of speed, and it makes better use of available resources.”

“Everyone takes great pride in what we do and in being totally dedicated to our communities and the people we serve.”

In practical terms, this mean fewer individuals could be sent to respond to a child with a minor playground injury, for example, than to the scene of a car accident.

Clinical changes have also been made based on analyzing AMR’s data. The standard practice of deploying military anti-shock trousers for all trauma patients with low blood pressure has been discontinued after statistics revealed the lack of any true therapeutic value.

AMR’s treasure trove of data also enables it to customize services for the communities it serves. In rural areas, crews and routes are optimized to accommodate the longer distances and stabilization times required when local tertiary care may not be available. In the District of Columbia, AMR worked with the fire department, which had been challenged by call volume for basic life support (BLS) services, to develop new protocols and procedures. The organization’s BLS units can now respond to a portion of those calls while still allowing the District to bill for service and generate local revenue.

This kind of customization is supported not only by AMR’s analytics capabilities, but also by a culture that prioritizes its people, the diversity of its communities, and transparency. During the company’s recent acquisition of Rural Metro, which Strozyk led, he made sure to maintain all of these priorities so that the integration of seven thousand former Rural Metro employees was as supportive as possible.

AMR has long-standing relationships with NFL teams, other college and professional sports leagues, concert promoters, and, more recently, NASCAR. As a result, its special events team is continually evolving to match clients’ priorities, concerns, and expectations.

For football games, ambulance teams have greatly increased their skills and expertise at recognizing and treating concussions. At NASCAR events, AMR’s teams extensively practice making driver extractions from cars as fast and as safe as possible. They have also trained, along with other first responders, to manage mass casualties from acts of terror or extreme weather events.

“The days of just having an ambulance standing by on the sidelines are long gone,” Strozyk says. “There’s tremendous preplanning and processes that are developed with other first responders and law enforcement agencies months ahead of any event.”

“Transitions are always stressful, but we went out of our way to assure newly acquired employees that they could still count on job security, benefits, and their existing pay scales,” Strozyk says.

It was crucial to Strozyk that everyone have a voice at the table when making decisions for the newly combined operations. To make sure this happened, he brought information up from the local and regional levels about everything from selecting uniforms to choosing the most appropriate sites in communities where Rural Metro and AMR had duplicate locations.

The organization worked with PricewaterhouseCoopers, which helped develop comprehensive transition plans for integrating payroll and HR systems and rebranding thousands of ambulances. As a result, the integration was completed under budget and nearly six months ahead of schedule.

Strozyk is quick to point out that the pride he feels in AMR is a unifying factor among the company’s twenty-six thousand employees. “Everyone takes great pride in what we do and in being totally dedicated to our communities and the people we serve,” Strozyk says.

This spirit is acknowledged and returned by those communities. When AMR responded to Hurricane Katrina as part of the Federal Emergency Management Agency’s Federal Disaster Response Team, crews helped residents in damaged areas clean up and rebuild after working twelve-hour shifts. In response, residents brought teams into their homes, fed them, and helped clean their clothes.