Early in his management career, Scott Cieslak was told that he needed to grow in his role as a team builder. It may now be his single most valuable asset. As the chief financial officer, Faurecia North America, Cieslak has devoted a substantial amount of time to developing new talent by implementing an award-winning college rotational development program and helping the company promote a culture shift toward autonomy through accountability. 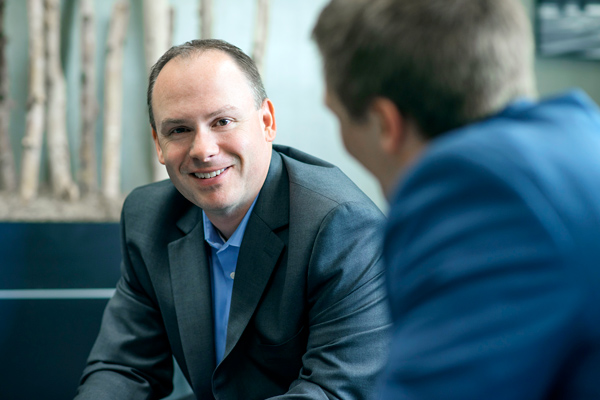 Talent development, Cieslak admits, usually does not fall under the purview of the CFO, but he views himself as a business partner. “One of the key assets is our people,” Cieslak says. “If we’re going to grow as a company and set ourselves apart as an organization, we’ve got to grow and develop our assets.” Cieslak says it’s critical from a bottom-line perspective to make sure the company is as strong as its assets. If the team is strong, the numbers will reflect it. “I see myself as developing and grooming future business leaders,” he explains.

“There’s a bottom-line responsibility but, more importantly, as a business partner, we want to be the automotive supplier to work for.”

Cieslak says that his focus on talent development in finance stemmed from the automotive parts manufacturer having to focus too much on finding candidates outside of the company. “Every time someone left our organization at a plant controller level, we were struggling to find that next generation of talent and couldn’t figure out what we were missing,” Cieslak says. “We needed to start developing and fostering that internally and not always having to reach outside.”

The answer to this problem had been in the back of Cieslak’s mind for quite some time. During his tenure at the Lear Corporation, he was made aware of that company ’s prep program for college graduates. He thought Faurecia might be able to implement a similar program.

Faurecia’s Rotational Development Program (RDP) was the end result. Every six months, three candidates enter the program for four rotations in accounting and shared services, a divisional program-controlling role, a plant-controlling role, and an international assignment. Each participant has an executive mentor who takes an active interest in their mentees because they will eventually be working in their division. It gives program participants multiple experiences in different parts of the company and builds relationships, which Cieslak says are imperative to retention. “Some of these programs struggle because you can get a handful of strong candidates, but if they don’t build a rapport or relationship with anybody, it’s hard at the end of the program for people to know who they are or where they fit,” he explains. One of the particular strengths of Faurecia’s program is that those mentor-mentee relationships are built early on in the experience.

The RDP for finance currently has ten participants in different stages of completion, but Cieslak says the benefits are already starting to show. The program initially had trouble finding candidates, and now it’s having to turn away applicants. Cieslak wants participants to be confident that a quality position will be waiting at the end of the program—one that will allow them to move up in the company. The program was recognized by Faurecia’s headquarters in Paris for its outstanding achievement in finance, and it has been regarded as a worldwide benchmark in talent development. The RDP in unison with a job-shadowing program and new informal mentoring gives both new hires and veterans a support system for personal evolution within Faurecia.

Although the RDP has ushered in the potential for new growth, Cieslak has also worked to reboot his team’s culture since he moved up from his position as vice president of finance for North America to his new role in 2015. Upon accepting his new title, Cieslak reviewed the assessment method for the team and worked to better define the expectations of the positions. This, in turn, would help make team members more accountable to their roles. “Once we did that, it was a bit of a step-change in mentality,” Cieslak says. “By defining what team members were supposed to do, we established the view that if you do these things, this is how you move up the career ladder.” He says that by strengthening the team’s foundation, it allows the people above them to take on those managerial and supervisory tasks that help create better leaders.

But acting as an agent of change can be tough, Cieslak admits. Trying to break old habits and encourage growth can be difficult, and Cieslak says that finding the proper balance and blend among team members who continue to look for career advancement and those who tend to value stability is a complex formula. “I think my job has been to help them expand their roles and expectations of what they can do, to show them that they can do more,” Cieslak says.

The summation of Cieslak’s leadership challenges and accomplishments can be best illustrated in recent turnover on Cieslak ’s team. He successfully transitioned out five seasoned managers in the same month with no serious hiccups. “We had built a year’s worth of foundation,” Cieslak says. “The people who transitioned out were excited because now they’re advancing their career, and the team that back-filled them were now given new growth opportunities.” Cieslak has worked to establish the norm that there is opportunity to grow within Faurecia.

Cieslak’s own personal growth has been influenced by helping develop those around him. “It’s part of my role as a leader and should be the role of every leader,” Cieslak says. His motivation has moved from trying to achieve the best out of himself to trying to achieve the best with his team. “There’s a bottom-line responsibility but, more importantly, as a business partner, we want to be the automotive supplier to work for. And we want the best to work for us and stay with us.”