Charlie Krauss is proud of his long legal career, but changing lives with Fresenius Medical might be the thing he has enjoyed the most 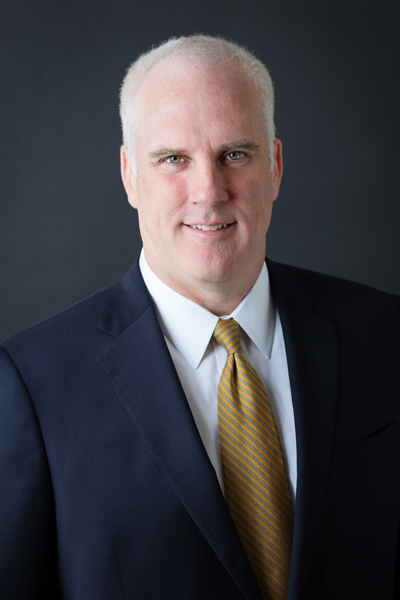 Patent expert Charlie Krauss has an obsession with helping others.

But luckily, this obsession is a helpful one. It allows Krauss, through his work in intellectual property, to impact millions of people around the world. As the senior vice president of global intellectual property at Fresenius Medical Care North America, Krauss helps bring life-saving dialysis treatments to market while protecting the company’s patents that allow it to continue to bring crucial treatments to patients.

Fresenius is a world leader in dialysis treatment, with an extensive global presence and more than 130,000 employees. Krauss heads a team of fifty lawyers on the global intellectual property team stationed across three continents. Managing such a large, geographically distant team might seem challenging. Krauss, however, has garnered plenty of experience throughout his career to make him the right person for the job.

A History of Patent Litigation

Before he joined Fresenius about two years ago, Krauss honed his skills working on some of the most historic patent litigation cases in US history. While working as an associate at intellectual property boutique firm Fish & Neave in New York City, he was one of the lead associates on a case that ultimately led to the defeat of the Lemelson submarine patent dynasty.

The case involved the Lemelson Medical, Education, and Research Foundation, an organization named after inventor Jerome Lemelson. Lemelson achieved notoriety in patent litigation circles for his method of issuing submarine patents. The term refers to the nefarious practice where an individual keeps patent applications alive in the patent office for several years, with the intention of hitting businesses with expensive licensing fees after the patent is eventually issued.

Krauss and his team used the doctrine of prosecution laches to persuade a judge that Lemelson’s patents were unenforceable, effectively ending decades of patent abuse.

After winning that landmark case, Krauss moved to C.R. Bard. There, he was the in-house lead on a case that dealt with a more than forty-year patent infringement saga between Bard and a competing firm, W.L. Gore. That case received a lot of attention in the legal world. In fact, The American Lawyer magazine featured it on the cover in 2009.

The two firms were engaged in a decades-long battle over whether Gore had willfully infringed upon Bard’s technology patent, which was filed by a Bard employee in 1974. After decades of work,US Patent and Trademark Office officially a patent for the technology to Bard in 2002. The firm immediately demanded that Gore take out a license to continue using its technology. After the two companies couldn’t come to an agreement about its use, Bard filed an infringement lawsuit against Gore.

After years of arguments led by Krauss and his fellow associates, a judge ordered that Gore pay Bard more than $1 billion in damages for its patent infringement. Even after all of these accomplishments, Krauss began looking for a new challenge. Fortunately, he found a perfect fit at Fresenius Medical. “I joined the company because I loved the challenge of working with a large multinational team that had a sophisticated IP group,” Krauss says.

One of the main challenges he faces is trying to optimize the impact of the company’s intellectual property portfolio. One way he’s trying to do this is by developing a common purpose for his team. He started by having his team come together and define why they do what they do. This resulted in his team developing its own mission, vision, and values. From this discussion, Krauss spearheaded a department-wide project optimizing its policies and procedures worldwide to make Fresenius’s department more effective. He says this was only possible because he had the autonomy to implement these changes.

“I’m fortunate to work with an inspired team and for supportive management,” Krauss says. “That support is really letting the global IP team step up into valuable roles throughout the company.”

Additionally, Krauss says he is motivated to continue improving the company because of the important work it does. “It’s actually very simple: patients will not survive without our products,” he says. “It’s crucial that I help the company get these products to market so the company can help these people.”

Krauss is passionate about keeping the momentum he has generated going to allow his team to continue excelling and making an impact. He believes that focusing on personal growth and development within the department will lead to continued and increased success for the company and its patients. That’s exactly what he wants to focus on to keep the company thriving, employees happy, and patients healthy.

The Perks of Great Problem Solving