As head of global diversity and inclusion at Fidelity, Wendy John strives to create a workplace that honors and celebrates the differences among people 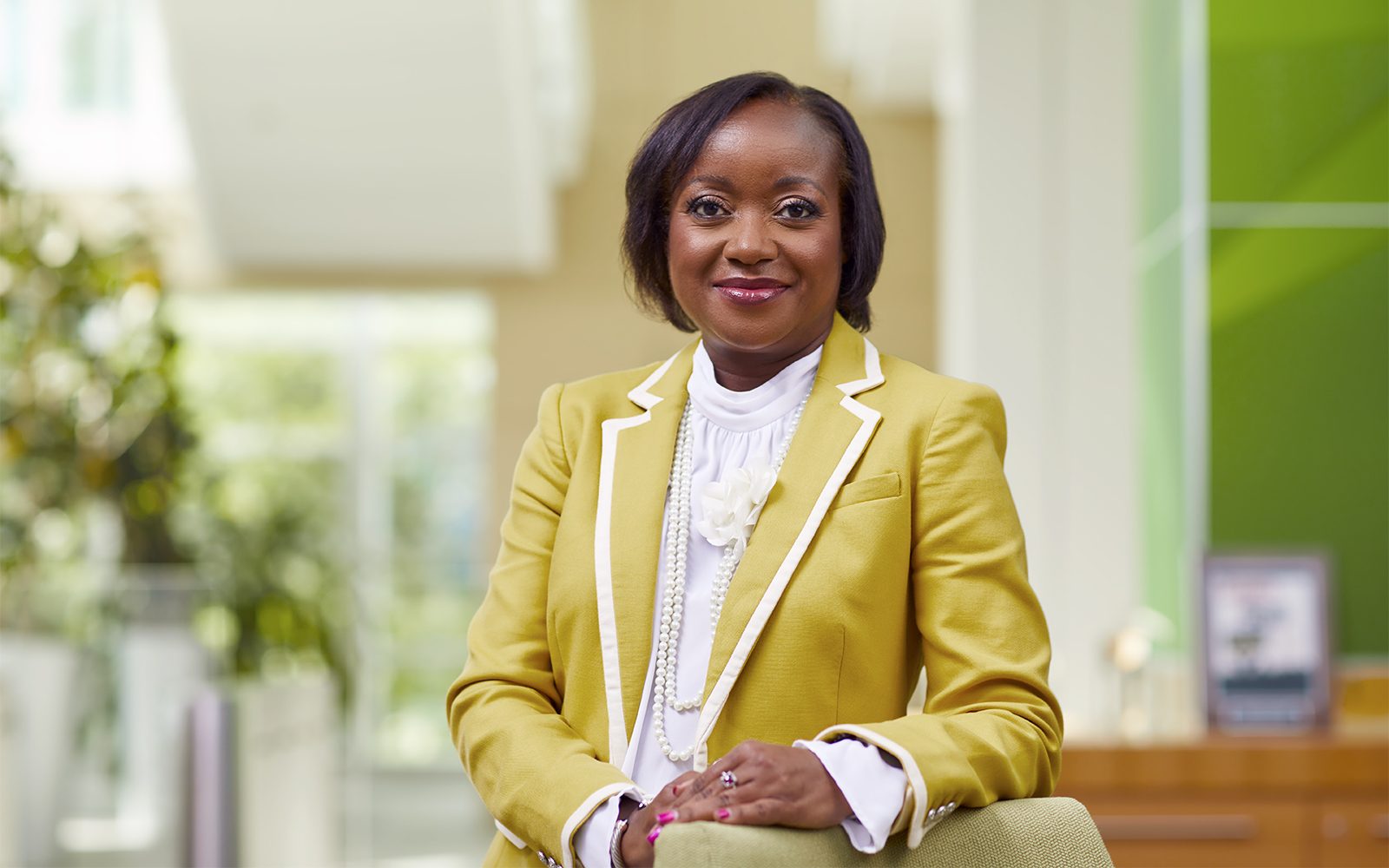 Wendy John has been at the helm of Fidelity Investments’ diversity and inclusion (D&I) strategy since 2020. As head of global diversity and inclusion and chief diversity officer (CDO), she’s helped crystalize and amplify the firm’s focus on creating an inclusive environment during a time in which issues of racial injustice, social unrest, and violence against communities due to their identity have demanded authentic visibility, transparency, and advocacy.

Her passion for inclusion comes from a sincere place. Born in Trinidad and Tobago, John grew up celebrating the many distinct cultures and people that call there home. “I grew up learning that our differences weren’t obstacles, but were, instead, things that could bring us together and make us stronger,” she says, adding that her “entire life feels like an ongoing study in D&I.”

As a child, she excelled at math, and it was at her all-girls high school that she encountered her first professional mentor, her math teacher, who steered her in the direction of actuarial science. “She was truly instrumental in encouraging me to pursue my passion, not because I was a young woman, but because I was skilled and capable,” John says.

Unfortunately, the highly specialized program she needed was not being offered at the girls’ school. So, Wendy transferred to a large all-boys school, where she was one of fewer than ten girls. “Attending an all-boys school was a first of sorts for me,” John remembers. “It was the first time I was keenly aware that I was in the ‘minority.’ Still, I was committed to doing my best work, and learning all I could.”

John’s completion of that program resulted in a Descartes Fellowship to the University of Waterloo in Canada, where she majored in actuarial science, a pursuit which eventually brought her to Fidelity Investments.

“I have served in multiple roles during my twenty years at Fidelity, many of which gave me the opportunity to consider the experiences we create for our associates, customers and communities we serve,” she says. “That reflection drives a very personal awareness of how intersectionality can impact your lived and perceived experiences. I’ve worked hard to create safe spaces for myself and others to share and honor those perspectives because I know how powerful that acknowledgement can be.”

Her formative experiences in the Caribbean and her more than thirty years living in North America have shaped her thoughtful approach. John ensures that Fidelity’s more than sixty thousand associates feel seen, heard, and valued for their unique contributions to the firm’s mission of strengthening and securing its clients’ financial well-being.

The CDO role was not something John actively pursued; she was content doing D&I work off the side of her desk. Earlier in her tenure, John had informally brought Black associates together to network and pursue professional development. She also participated in various women’s networking events. Both activities were the foundation for two of the company’s ten affinity groups.

“I knew the importance of being supported and the impact of my early mentors like my math teacher, so I continued to do the same for others,” she says. The opportunity to do that at scale was a key element of her decision to accept the CDO role weeks after George Floyd’s murder.

“Fidelity had two other D&I leaders before me, but I’m the first person of color,” John explains. “And though I appreciated the nuances of stepping into the role when I did, I know I was chosen for my proven business acumen, ability to lead and drive change, and my successful tenure at the firm.”

With her hiring, Fidelity elevated the D&I office to be a peer of human resources and other important corporate functions. The move emphasized the accountability all associates share in creating a more diverse and inclusive workplace environment.

John embarked on a listening tour, meeting both internally with key stakeholders, including leadership of the affinity groups, senior business leaders, and other associates as well as externally with clients, prospects, regulators, industry organizations, and peer CDOs. She did this with a clear intent of understanding the landscape in order to identify clear priorities and establish a revamped strategy and action plan.

John has already made several significant moves. She quickly established a senior D&I advisory council comprising leaders from across Fidelity’s regions and business units, who provide a listening post and advisory arm for the firm’s efforts. She also adapted the D&I office into a program management office (PMO) structure designed to scale. She expanded the team’s data analytics capabilities, as well.

John describes her team’s work as aspirational, measured and consistent–not performative. “We are building with the future in mind; one where everyone is respected and valued,” she says. “This is all of our work, not just that of one group.”

Within the first six months of John’s leadership, Fidelity issued its first D&I report, outlining the firm’s commitments. Together with creating a robust strategy and action plan, a new inclusive hiring hub, and various training modules, Fidelity onboarded more than 16,000 new employees in 2021, increasing both gender and ethnic diversity.

Despite the progress she’s made in partnership with many of her enterprise colleagues, John is unequivocally clear: there’s more to do. “Driving sustainable change in this space—like any undertaking of significance—requires time, a listening and learning posture, persistence, humility and an ongoing commitment to change.”

Fidelity knows that making progress in D&I will positively impact its ability to ensure that the goal of financial well-being becomes a reality for its increasingly diverse customers.