The integration of Quaker Chemical and Houghton International went smoothly, thanks in part to Robert T. Traub’s guiding hand 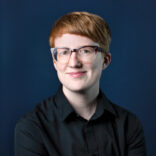 The combination of Quaker Chemical and Houghton International is best described as a marriage of equals. The two companies were both founded more than a hundred years ago, both headquartered in the Philadelphia area, and both roughly the same size with a similar client base and global footprint.

Internally, company leaders were effusive about the largest transaction either company had ever undertaken, giving the deal initiative the acronym “MIH” for “Made in Heaven.” It took a long courtship before the two industrial process fluids manufacturers made it to the altar, though.

Robert T. Traub, vice president, general counsel, and corporate secretary for Quaker Houghton, began his career with Quaker Chemical in 2000 and says there’s been informal talk of combining the two companies since before the 1990s. “The talk never went very far, but a transaction of some sort was always out there as a possibility,” he says.

In 2016, talks got serious, culminating in a deal in 2017 and a closing in August 2019 that formed the new Quaker Houghton entity. A lengthy regulatory approval process provides an interesting case study, and Traub, along with the legal teams from both companies, were key players. How they and corporate leaders executed the deal set the stage for what appears to be the makings of a happy, long-lived marriage.

Defining the financial parameters of the deal was the trickiest issue in the early stages of negotiations. Houghton was a private company, with a majority stake held by one family. While the transaction was essentially a merger of equals, the financial mechanism would involve a purchase by Quaker of Houghton’s stock. Thus, determining a fair value for Houghton shareholders and a fair price for Quaker’s shareholders to pay required detailed, patient negotiation.

As Quaker’s general counsel, Traub provided legal counsel as the leaders of the two companies hashed out cash to be paid to Houghton’s shareholders, stock to be provided in the new Quaker Houghton and percentage of ownership for stakeholders in the discussions leading to a letter of intent and then to the stock purchase agreement to send to regulators. The discussions led to a deal in which Houghton owners would be the largest shareholder, but the new entity would be a public company. Houghton owners would hold three seats on Quaker Houghton’s Board of Directors.

“We could design what the future might look like, but not take any steps to begin combining the organizations until the deal was closed.”

Deciding who would occupy corporate leadership roles was another challenge for the negotiators, but this process was completed without acrimony, according to Traub. “It was decided during the negotiations that that the Quaker CEO would be CEO of the new company,” he says. “The makeup of the rest of the executive leadership team was resolved through a comprehensive 360-degree review process between us at Quaker and our counterparts at Houghton.”

The antitrust review by US and European Union regulators took over two years. In order for the deal to be approved, the combined company had to divest a small part (about 3 percent) of its combined revenue at close. The fact that both companies were part of a somewhat specialized industry complicated this process, as the number of potential buyers was fairly small, and the assets were in several different regions. Buyers had to gain approval from regulators, so the divestment process was not a simple bidding process or typical divestiture.

As the two companies worked to find an appropriate buyer and negotiate a deal, they took advantage of the lengthy approval process by setting the groundwork for the post-merger corporate integration. Legal counsel was essential here, as the regulators strictly dictate what company leaders can discuss while a merger winds its way through the regulatory process and the companies took great care to not run afoul of regulatory “gun-jumping” parameters.

The two parties could not share information that could lead to charges of collusion should the deal fail to gain approval. “Neither party could disclose to the other party what it wouldn’t want disclosed to a competitor,” Traub says. “Lawyers were always in the room during these discussions, and we did a lot of educating of the clients to ensure only allowable planning occurred.”

Sharing data like sensitive customer information was strictly off-limits but hashing out which business process software platforms would best serve the post-merger entity was kosher. “We could design what the future might look like, but not take any steps to begin combining the organizations until the deal was closed,” Traub says. It was up to the lawyers to draw clear boundaries and educate functional leaders on these antitrust matters.

“We looked for the best from both worlds, or even some new things in some cases to create a new culture for the combined company.”

The two sides could have waited for regulatory approval before undertaking this preliminary integration planning work, but acting proactively paid off. “All that planning made for a much smoother integration,” Traub says.

“A combination such as the Quaker Houghton transaction requires leaders to walk the tightrope of planning for the future without getting ahead of the approval process,” says Doug Raymond, partner at Faegre Drinker Biddle & Reath. “When we represented Quaker Houghton in the combination, we witnessed firsthand the influence of Rob’s steady guidance and vision on the success of this merger.”

The success of any major corporate combination depends partly on the ability of leaders to merge two different company cultures as the two organizations become one. In this case, Quaker and Houghton were like cultural siblings. Both competed for the same contracts in the same industries, so they shared a similar organizational model. They also had many long-tenured key employees with low turnover. This indicated that both had a healthy culture, Traub says, which boded well for integration.

“We decided early on that we wouldn’t take one culture and push it down through the organization,” Traub says. Instead, the leadership team analyzed cultural and organizational mores from both companies and looked to create a new culture by choosing what they considered the best practices from each. “We looked for the best from both worlds, or even some new things in some cases,” Traub says.

As part of this philosophy, leaders devised a new set of core values and developed working norms for themselves. Chiefly, all communications between leaders would be open with everyone getting fair hearing of their ideas.

“Everyone agreed to listen courteously to new ideas even if they disagreed with them,” Traub says. Leaders also pledged to be fully engaged during meetings, even virtual meetings, and not be distracted by incoming email or texts.

Leaders are embracing new ideas in several operational areas, including environmental, social, and corporate governance (ESG). After the combination, the company formed a new Board-level sustainability committee. As the top lawyer and corporate secretary of Quaker Houghton, Traub has assisted in various parts of the overall sustainability and ESG efforts and helped this new board committee craft its initial charter.

It’s a new era for Quaker Houghton, and the company is moving ahead smoothly thanks to a well-executed combination. With that work largely in the rearview mirror, Traub and his legal team will help the company reap the benefits of the combination of two former rivals and plot its future.