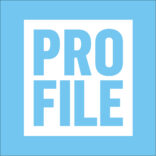 The first thing you’ll want to know about the international freelance network Toptal is how to pronounce it. “It’s Toptal, as in Top Talent,” says Michelle Labbe, chief people officer of one of the largest, completely remote, global freelance networks.

On Labbe’s core team alone are almost a thousand associates—recruiters, salespersons, marketers, engineers—all who support up to five thousand freelancers across 158 countries. That means numerous time zones, conflicting cultures, competing currencies, even political upheaval—all of which could spell trouble for the Toptal People team.

But in the capable hands of Labbe, who joined Toptal in 2018 after a twenty-year career in HR, the company faces those challenges head-on. And the takeaways have proved prophetic.

By the time the pandemic hit in 2020, Toptal had already scored ten years of carving out the digital nomad lifestyle. Panicked clients whose employees refused to come into the office were calling Labbe and asking how to successfully go remote.

Toptal had the answers. Its “Suddenly Remote Playbook,” created at the top of the pandemic and available for free online, proved immensely popular.

At the core of the US-based company’s success is transparency—and that starts during the interview process. Applicants are rigorously tested on their core skills as well as their ability to speak and write English. They are also given customized assessments to show how they would approach their role.

Not everybody is cut out for the digital nomad life. Reading Toptal’s culture page, a declaration of remote-work values, tends to help the real digital nomads to self-separate from the confirmed office workers.

When Toptal reached out to Labbe, she had always worked in-house. “I didn’t even know what a remote People function would look like, but I was intrigued.” At the time, Toptal, led by CEO and Founder Taso Du Val, was looking for someone with growth experience in startups as well as agency and customer service. With executive positions in Silicon Valley, including C-level stints at ICR, Deloitte, AOL’s Patch, and Razorfish, Labbe fit the bill.

From the get-go, she took command by changing the corporate language. “I wouldn’t even let them call us People Operations,” she says. “We aren’t administrative; we are people and talent. We are part of the business.”

That attitude has allowed Labbe to integrate her almost preternatural sensitivity to human nature into nearly every segment of the business. Even though she works from her Connecticut home, Labbe’s days are highly structured. She starts the day talking to team members in Russia and ends with Seattle. Between juggling twelve to fifteen Zoom calls a day, she holds team meetings, advises mentees, joins executive calls, attends monthly performance calls, and onboards new hires. Lately she has been involved in helping restructure the marketing team.

With such a large global staff, the problems confronting Labbe are diverse and challenging. “I’ve had people in the Ukraine say, ‘I may have to leave and go fight for my country.

She’s had staff in Argentina and Romania not able to leave the house due to COVID-19 restrictions. Then there are couples who must split their workday because of childcare. In the end, she says, “It’s all about training our managers to stay current and aware.”

At Toptal, even sexual harassment training, a staple of HR, had to be adapted to global terms. In certain countries, for example, there isn’t even a word for sexual harassment; it’s called “Code of Honor” or “Code of Conduct.”

Labbe’s confident, open, and straightforward style is a perfect fit for Toptal, where team members rate each other openly during annual reviews. But most important to Labbe is the bimonthly happiness poll she watches.

Feedback from the survey has inspired her to create programs for rewards and recognition, and high-potential team members. It has also spurred her to encourage folks to join the Watercooler, with channels focused on book clubs, happy hours, pet lovers, cooking, and even a year-end music video. Recently, her team produced a Jimmy Kimmel-like video in which parents ask their children what Toptal is. “In a virtual community,” she says, “it’s so important to help folks find their like-minded community.”

Used to being a “psychiatrist” to her childhood friends, Labbe thrives on keeping the motivation high at Toptal. Virtual perks for staffers have included LinkedIn Learning, Udemy, Slack, the Calm app, and more.

Since she joined Toptal, Labbe’s team has quadrupled. She notes, however, Toptal is not for everybody. “Some people don’t like the direct culture, but I love it,” Labbe says. “I’ve always been a people person. People know I care and listen. But I also want to push and challenge my teams and give them the opportunities to grow.

“And they know I’m right there with them,” she adds. “I wouldn’t ask anyone to do anything I wouldn’t do.”

Where does everybody’s problem-solver go for help?

In one of Labbe’s recent breakout groups, the topic was burnout. “One of the things that came up was taking time out for ourselves because we are so busy taking care of everybody else,” she says. The group was tasked to take two hours in the coming week just for themselves. Labbe chose to spend those rare downtime hours in the pool.