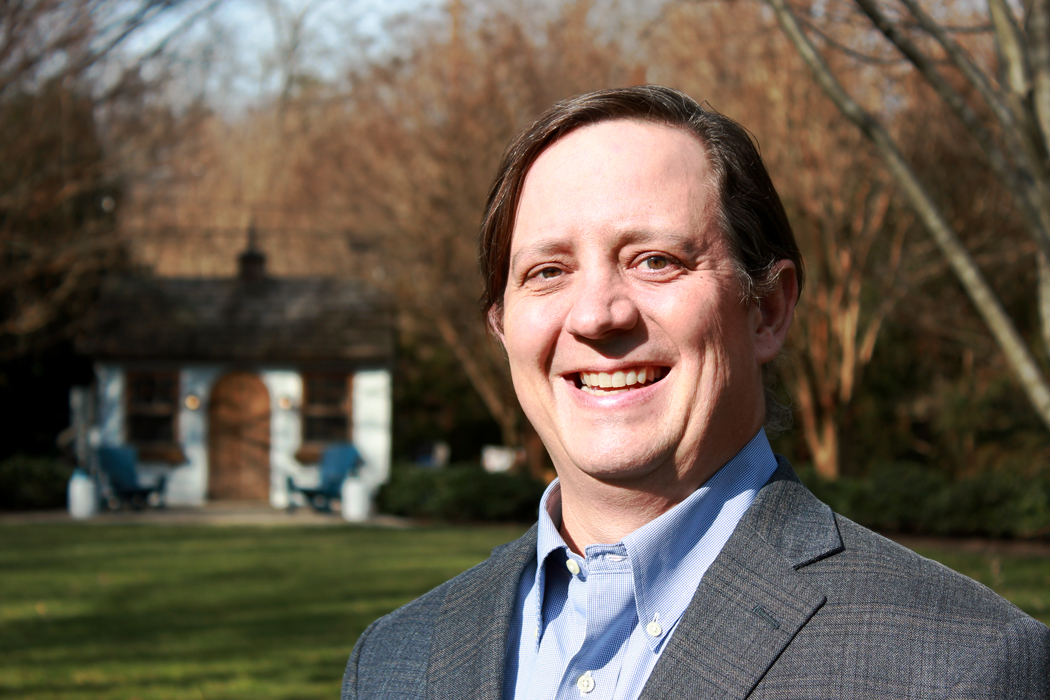 A career in law was not something that Heath Galloway aspired to coming out of college.

“I wasn’t 100 percent sure what I wanted to do, but I was very into outdoor sports and ended up getting my first job out of college with a little outdoor sports magazine in Virginia,” he recounts. “It was a small outfit, and I was doing everything from writing to ad sales to product testing.”

But before leaving college, Galloway took the LSATs and wound up scoring very high, so he knew law school could be an option.

“I enjoy writing and I enjoy the analytical side of practicing law. I also thought I would enjoy having to ‘think on your feet’ in court and depositions,” Galloway shares. “So, there was an appeal, but it wasn’t something I was dead-set on. I stayed at the magazine about a year and a half, which was a ton of fun, but not very lucrative.”

So, when Galloway started thinking more about his future and starting a family, he decided to go to Washington & Lee Law School and liked it more than he thought he would. His wife, who he met in college, joined him for law school at W&L, which added to his enjoyment.

Upon graduating, Galloway looked for a position in litigation, with labor and employment being an area that particularly appealed to him.

“I liked labor and employment because it touches all aspects of a business and it requires an ability to communicate across all levels of an organization,” he explained. “To be an effective labor and employment lawyer, you have to be able to see perspectives from management as well as the folks on the ground. I quickly felt that I was well suited for that type of practice and began my career search.”

Galloway found a position at Richmond, Virginia-based firm Williams Mullen, where he eventually made partner and remained very happy during his nearly ten years with the firm. Though he wasn’t looking to leave private practice, in 2013 an opportunity arrived at Owens & Minor (O&M), a healthcare solutions company based in Mechanicsville, Virginia.

“I had done work for O&M in my private practice for about a year, and the company is well known in the Richmond area. As it happened, a long-time friend worked in their legal department, and told me their general counsel was interested in meeting me to talk about possibly joining Owens & Minor,” Galloway says.

The role offered plenty of what Galloway had experience with, but also a lot of transactional responsibilities that were new to him—that piqued his interest enough to give it a shot. That was eight years ago, and today Galloway serves as the company’s associate general counsel, managing a team of eight attorneys based across the globe.

When Galloway joined Owens & Minor, the legal team was relatively small. Within the first few years after he arrived, he was charged with helping to build a new and expanded legal team that had the talent needed to support the growing and transforming company.

“I helped to build the team from the bottom up,” he says. “Over the past several years, we have built a team of exceptionally talented people who all bring a unique skill set, sound judgment, and a pragmatic approach to practicing law in an in-house environment.”

He also commends the team’s ability to adapt, explaining that since he joined in 2013, Owens & Minor has experienced significant leadership changes as well as changes in the company’s service offerings. Owens & Minor had primarily been a medical distribution company, but now, it has expanded into a number of areas, including home healthcare and personal protective equipment (PPE) manufacturing.

“Being able to ensure that our team can support all of these new elements and acquisitions, and managing the change that goes along with integrating companies, has been something of which I am very proud,” Galloway shares. “Supporting the company’s mission and our over fifteen thousand teammates is extremely rewarding. What we do really does matter, not just in the pandemic, but all the time.”

The COVID-19 pandemic has really proved just how well the O&M legal team can adapt. “We are manufacturers of PPE and we distribute medical supplies to healthcare providers, so we have been uniquely impacted by COVID-19 and we have played a vital role in fighting the pandemic. We’ve performed very well in challenging circumstances,” Galloway says. “We pride ourselves on being resilient and flexible, and we’ve been able to swiftly address the circumstances that we face and figure out how to best serve our customers, both internally and externally, even when those circumstances could not have been foreseen.”

“We all try to use that as a guidepost to focus us on what we can do to deliver on that mission,” Galloway notes. “That could be creating a contract to cover something that hasn’t been done before or helping our HR and safety teams keep our distribution and manufacturing teammates healthy and safe. In the end, our job is to make sure we do everything we can to support our customers who are on the front lines, fighting the pandemic and caring for patients.”

During the pandemic, Heath Galloway didn’t just work; he found some time to discover a new hobby.

At the rear of his back yard, he has a shed that you can see through the windows of the home, that, until this past spring, had just been a repository for odds and ends. While cleaning it out, Galloway decided to build a coffee table for his patio, and much to his surprise, he was able to do it. With a new passion instilled, he went on to tackle a number of other projects, including what his wife calls “the world’s most expensive Adirondack chairs” because of all the tools he needed to buy to make them.

“I really enjoy it,” he enthuses. “I’ve been working from home for almost a year, and I was going a little bit stir crazy. Having something to do with my hands, where I can see a tangible outcome, is really therapeutic.”