Adam Scheinberg may be vice president of IT for Massey Services, but his passion project lies outside of the organization: keeping arts programs relevant and thriving 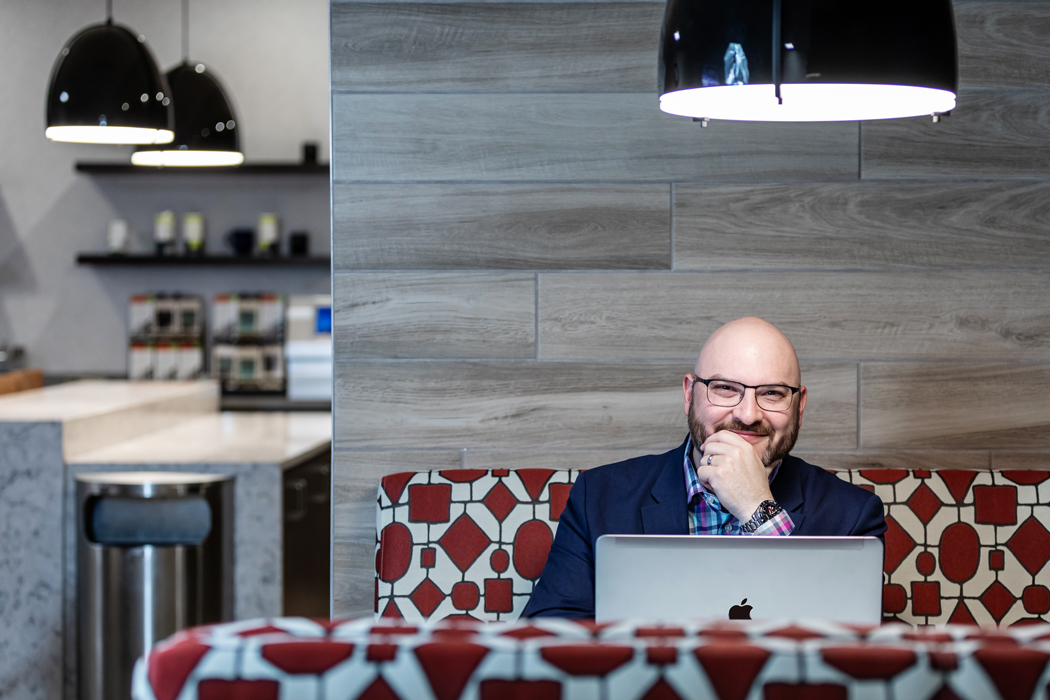 Orlando, Florida-based Massey Services, one of the country’s top five pest control companies, offers residential and commercial pest and termite prevention and landscape and irrigation services. But what really bugs Adam Scheinberg, Massey’s vice president of information technology, is the budgetary short shrift given to arts and music education and the precarious financial instability of arts organizations, especially during a pandemic when theaters are shuttered, concert stages silenced, and in-person classes cancelled.

Scheinberg serves as a board member with the Orlando Repertory Theatre—the company that first inspired his young daughter to try acting—and with the Mockingbird Foundation, a charitable organization run by fans of the cult favorite jam band Phish.

Scheinberg’s passion projects align with Massey’s commitment to giving back to the community. “Harvey L. Massey, our founder and CEO, and his son, Tony, our president, have said that being good to your community isn’t just good for the community—it’s also good for business,” Scheinberg says. “And it’s true. Most people would prefer to choose a company that is making an impact in their community.

“You wouldn’t think that avidly supporting the arts was a good match for our business,” he continues with a laugh. “But the Massey family has always been a huge supporter of the arts and education and they encourage all team members to get involved. My company was excited for me to serve on these boards. Ours is a match that feels like it belongs on Love Connection with Chuck Woolery.”

The arts loomed large in Scheinberg’s life even before he landed the starring roles in his first, second, and third grade plays, including the plum roles of Sylvester McMonkey McBean in Dr. Seuss’s The Sneetches and Tom Sawyer in the stage adaptation of the classic Mark Twain tale.

“My parents were big into music,” he recalls. “There are pictures of me from when I was eighteen months, wearing big headphones and listening to my parents’ Beatles albums.” Now forty-five, with a thirteen-year-old daughter and a ten-year-old son, he has a music room in his house stocked with drums, a piano, guitars, bass and “all kinds of percussion,” he says. “The rule is that the kids have unfettered access. I want them to have that creative freedom.”

Creative freedom is one privilege that many are denied. Scheinberg’s association with the Mockingbird Foundation is driven by his determination to ensure that worthy programs, usually those run on a shoestring and owe their survival to dedicated teachers, do not fall by the wayside.

“The entirely-volunteer Mockingbird Foundation’s primary purpose is to raise money for music education,” Scheinberg says. “It has a competitive grant process; we get hundreds of proposals and fulfill approximately two dozen a year. But we may also receive a fairly informal application from, say, an elementary school teacher running an after-school program, who says, ‘I’m in a room and we have nothing but our voices and a thirty-five-year-old piano. If I don’t get money, it goes away.’ It is so great to be able to reach out to organizations out of the blue and say, ‘We found you, we love what you do, here’s a check.’ It is super satisfying.”

There is a quote attributed to Winston Churchill, who, when asked to cut arts funding to support the war effort, is said to have replied, “Then what are we fighting for?” Turns out Churchill never said those exact words, although he was vociferous in his support of the arts. Scheinberg has his own quote: “There has never been a successful society that didn’t value the arts.”

Creativity has played a large role in the evolution of the tools Scheinberg and his team use at Massey, which is approaching four decades of service. “The technological landscape has moved in seismic shifts,” he marvels. “We’re talking generations of modifications. When I started here in 2003, the IT team was me and another guy and our job was to keep a couple of servers running on a limited budget. Now I have a team of more than twenty. We write our own applications. The company has grown dramatically. I remember gathering in the conference room celebrating breaking $30 million in revenue. In 2020, we were on track to do $300 million.”

Just as Massey Services is considered “an essential business” and operated during the pandemic, so does Scheinberg consider the Mockingbird Foundation and the Orlando Repertory Theatre essential in their own ways. The former is having a banner year in donations, he says. Roughly $1.7 million in more than four hundred grants have been distributed across all fifty states.

While the theater company was forced to cancel its latest season, the pandemic prompted it to accelerate its strategic plan to invest more into education and virtual classes and programs. “The need for what we do has not diminished,” Scheinberg said.

Scheinberg is also the inaugural chair of the Orlando Tech Council, which was founded a year ago. Its participants serve in executive technology or innovation roles within their organizations and have charged themselves with raising Orlando’s global profile “as a leading community for entrepreneurship and innovation,” according to its website.

“Orlando has been generous to me, and I want to be generous back to Orlando,” Scheinberg says.

3 Ways to Find Business Success Without an MBA