Realogy survived the real estate recession, emerging as a major player in the industry. David Sandomenico was there through all of it, but he’s still forced to grapple with the realities of workplace instability

David Sandomenico knows what an unstable market looks like. Shortly after joining Realogy, the residential real estate services company landed on a list of the ten companies most likely to go bankrupt. It was 2008, and the recession was digging its hooks into the real estate industry.

“We were definitely struggling,” Sandomenico says, adding that the company was forced to lay off a third of its staff in addition to closing a number of offices. Every week, he sat in on meetings in which Realogy’s leadership discussed how they planned to make payroll. “We were rationalizing every single nickel.” 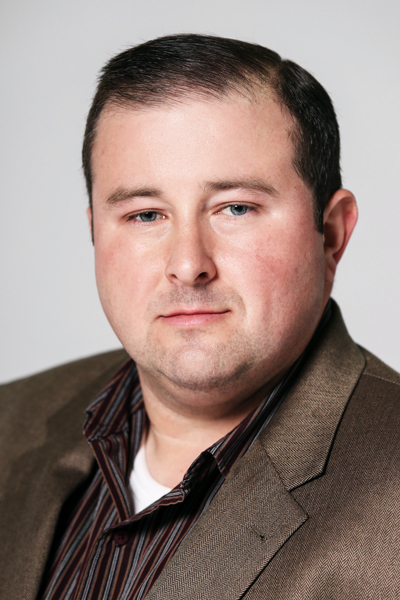 Sandomenico proved himself vital to Realogy’s survival, however, rising through the ranks as the company weathered the recession. By 2011, with the company in a much better spot, he was serving as its vice president and assistant treasurer, a position he holds to this day. Realogy, meanwhile, has emerged stronger than ever, scooping up 18 percent of market share after undergoing a successful IPO. Currently it owns and franchises several prominent real estate brands, including Century 21, Coldwell Banker, and Corcoran Group.

Realogy is thriving, but Sandomenico hasn’t forgotten what he learned during that period of recession. In fact, a recent endeavor forced him to again confront some of the hard truths of the workplace. Roughly five years ago, Sandomenico was tasked with building a department from scratch, which was a herculean endeavor with which he had little experience. After four years of developing processes, building workplace infrastructure, and bonding with his staff, Sandomenico saw the department unceremoniously shuttered due to outside factors. It was a heartbreaking moment for him, but one he continues to remember fondly.

It began with Title Resource Group, a Realogy affiliate that handles the majority of the company’s title work. After Realogy’s internal audit department began seeing some recurring themes in its audit reports, Sandomenico was dispatched to a number of Title Resource Group’s central hubs throughout the country to investigate how each was moving its funds.

“A lot of money moves in residential real estate,” Sandomenico says. “Every time you buy or sell a home, that can be a couple hundred thousands of dollars, if not millions. They all add up at the end of the year to very big numbers.”

He continues, “We began to identify certain trends in certain regions and presented our findings to the audit committee. And this was a fairly big deal for Realogy as a whole, because this was the first time Realogy reached into a business unit and pulled out a very key part of their process. But, at the end of the day, the movement of funds is extremely important, especially for a title company because you’re essentially handling the closing.”

It was decided, then, that the movement of funds would be brought into Realogy’s headquarters with Sandomenico leading the charge. “I swallowed hard,” he says with a laugh. “I had no previous experience running a wire center, which is pretty much what this was.”

Slowly but surely, though, the department came together, with each different region’s funds coalescing into one centralized process at Realogy’s Madison, New Jersey, headquarters. As processes came together, so did a staff that eventually reached a count of twenty-four. Regions were introduced slowly, with staffers learning the peculiarities of each state’s particular process.

What the department amounted to, in Sandomenico’s words, was essentially a primary data processing center, one that demanded accuracy and intense focus. His staff, after all, were in charge of processing thousands of wires each month. One year he remembers containing a total of eighty-five thousand wires amounting to just over $10 billion dollars. Also, he points out, “a wire is very different than a check” in that “it moves instantaneously.” Getting a recall is no easy feat. On top of that were the intricacies of each state’s laws, as well as the processes of the eighteen different financial institutions with whom they were collaborating. Still, Sandomenico assembled a crack team, and he recalls very few mistakes across the department’s four years.

Some challenges, however, went beyond mere process. “The biggest challenge,” he says, “was winning the hearts and minds of the people who had been doing this for years to get them to cooperate with us.”

They eventually did, as Sandomenico’s team soon proved themselves to be a positive, reliable force. After four years, though, Title Resource Group decided they wanted another crack at handling the wiring themselves. Just like that, the fate of Sandomenico’s department was written on the wall. “I was very crushed and very teary-eyed,” he says. “Everybody hires and fires in their career, but it’s extremely difficult to look into those twenty-four sets of eyes across the room when you announce that they’re going to be losing their jobs.” The department soon ceased operations, dismantling itself as it had previously built itself up: One region at a time. Now, that work is handled at TRG’s office in southern New Jersey.

When asked what he took away from the experience, Sandomenico says, “Don’t take the thing that’s right in front of you for granted.”

To this day, he keeps the talking points from that day atop his desk. “I keep it there to remind myself that things can change at a moment’s notice,” he says. “You never know what’s around the corner and, at the end of the day, the decisions you make impact people’s lives.”

J.P. Morgan congratulates David Sandomenico on this well-deserved honor. Your integrity, intelligent direction and skillful execution are admired by all. We thank you for your partnership and wish you great success in your future endeavors.

A New Perception of the Modern Family

A Work-Love Connection at Cortland