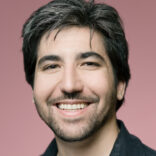 Every Friday, Patty McCord and the Netflix team would meet outside in the parking lot of their California headquarters. It was the year 2000, and what started just three years prior as a company model of shipping DVDs directly to subscribers was on the cusp of exponential growth, so much so that McCord says the company almost went under in fulfilling consumer demand.

Transparency wasn’t a word on a poster. It wasn’t handed out to new employees in a brochure. It was something tangible, such as these company-wide meetings at the end of the week.

“That’s why we handed out to everybody the metrics, because we wanted everybody to be looking at the same numbers and not withhold information,” McCord says. “That’s an example of a value that was not aspirational. We wanted to be honest and transparent, so we gave everybody the inside information on how the business was working.”

Transparency, along with Netflix’s other values—including honesty, selflessness, innovation, and more—didn’t come overnight. In fact, McCord says she and the leadership team worked on Netflix’s culture deck nearly her entire tenure. Today, Netflix has more than 117 million members and more than 140 million hours of streaming content. Within the next decade, Citi Research predicts Netflix will grow to more than 260 million subscriptions. As companies grow, the workforce increases and services expand. Having a strong culture in place that evolves with that growth is what empowers people to do their best work and hold one another accountable in weathering that successful growth.

“The thing at Netflix that I now know differentiated us was that we didn’t create the culture so that we would be happy. We created the culture so we could do amazing work,” she says.

As McCord explains, one of the most challenging tasks in establishing a company culture is making it real for employees. One of the first slides in Netflix’s culture deck states, “our culture focuses on helping us achieve excellence.” This isn’t achieved by having a poster on the wall that says excellence, or a PowerPoint slide to share with new hires.

Instead, McCord illustrates excellence by having employees give an example of someone at the company who showcases that value. If someone says a fellow employee is excellent because they arrive on time, work hard, and everyone loves them, then that’s not excellence. That’s showing up for work. Now, if they share a story about how an employee spearheaded an innovative idea that improved the company or directly benefitted customers, then that’s embodying excellence. And it should be the same for every value included in a company’s culture.

“Every one of those words should have actions associated with it and someone tied to the action,” she says. “You have to be able to describe it in real life. If you can’t roll off your tongue an example of one of those words, then remove it.”

In addition to her TED Talk and highly acclaimed book, Powerful: Building a Culture of Freedom and Responsibility, McCord educates CEOs throughout the country and in a variety of industries about the importance of culture and empowering employees to do their best work. No matter what values a company has, though, the most important aspect is empowering people. Not every culture is the same because no two companies are identical. But the consistency is in leadership enabling its workforce.

“I just consulted a 150-year-old PR firm and I said, ‘If you guys walk out of here with another initiative with a fancy brochure attached to it, then you’ve failed,’” McCord recalls. “’All of you talked here today about empowerment, and every one of you talked about how hard it is to get things done because it takes five levels of approval. You want to change the culture of your company? Get rid of four levels. You own it.’”