Before you disrupt an industry, work on disrupting your own assumptions, says Jennifer Hyman, CEO and cofounder of Rent the Runway

When Jennifer Hyman cofounded Rent the Runway in 2009, she did so under the premise that women would be willing to rent expensive designer pieces for special occasions, rather than shell out thousands for a dress they would wear to a single event. And she was right. The service now boasts more than eight million users and recently received a $20 million investment from Alibaba’s Jack Ma and Joe Tsai, which values the company at an estimated $800 million.

But the pivot that sent Rent the Runway into the stratosphere didn’t come until Hyman re-examined some of her assumptions about her customers.

Challenge assumptions about what your customers want

“When I launched Rent the Runway, I thought it was a business about renting designer clothing at 5–10 percent of the price. That’s what I would’ve told you the value prop of the business was,” Hyman said at a recent Entrepreneur’s Organization event in Chicago, in conversation with Chicago Magazine editor-in-chief and publisher Susanna Homan. “In reality, no one fundamentally cares about what brand they are renting. Women want to feel confident and beautiful for every day of their life, and whether they’re wearing Jason Wu or Diane Von Furstenberg or a brand they’ve never heard of, they don’t care. They want the ability to self-express in a dynamic, diverse, interesting way, constantly.”

This realization led Hyman and her team to launch Rent the Runway Unlimited, which has been called “the Netflix of dresses,” and what Hyman calls “the closet in the cloud.” Now in its third year, the service allows customers to rent four pieces at a time for a monthly fee of $159. It has transformed Rent the Runway from an indulgence to a necessity for many of its customers.

“The subscription has really transformed the business,” Hyman says. “It’s nice to rent a gown for a black-tie occasion, as opposed to buying it and only wearing it once. But you’re probably only doing that a few times a year, for those special occasions that you have. Now, we’ve transformed the company from being a ‘nice to have’ to a ‘need to have,’ where it’s become a daily utility that people are using 150 days of the year in 2017—hopefully two hundred days of the year in 2018—and it’s been an amazing transition.”

Pay attention to trends and pivot to address them first

Hyman was able to tap into this market need because she listened to her customers and to her instincts. She noticed that workplaces were beginning to shift to business-casual dress codes, for one thing—a move that allows men to wear the same button-down-and-khakis uniform every day but that requires women to spend more money and time on workplace attire. Work-appropriate clothes for women tend to be more expensive than for men, and women face the added pressure of injecting variety into their wardrobes. Rent the Runway directly addresses this challenge for working women.

Hyman also attributes her business success to a willingness to be bold. She first had the idea to start Rent the Runway while at Harvard Business School, spurred on by witnessing her sister purchase a pricey Marchesa dress that would end up back in her closet with the rest of her once-worn designer pieces after her event. With the idea forming, Hyman went straight to the designers whose business models she was seeking to disrupt. At first, they balked. But she won them over because she could offer something in return: access to a younger demographic.

“I realized, wait, maybe there’s a customer acquisition problem that’s happening in the fashion industry that no one likes to talk about,” Hyman recalls. “Maybe women in their teens, 20s, 30s, even 40s, aren’t buying designer clothing in the same way that they did in the past.” Rent the Runway users tend to rent pieces by designers they’ve never worn before, and the company now has data to present to designers that shows how partnering with Rent the Runway can help get new, younger customers.

Another crucial outlook that Hyman took from the beginning was to see where she truly needed to invest in the business. She knew that she had to pour investor dollars into technology and infrastructure, rather than into marketing, and that presented a challenge: “Even if I could get you to rent, what if someone came up to you at a party and they complimented you, and you said, ‘thanks so much, I’m wearing Oscar De La Renta,’ and you didn’t share that you got it from Rent the Runway?” Hyman says. “I had to make the brand cool enough and smart enough that you’d want to share that you’d Rented the Runway, that it would really become a verb and source of pride. I knew that among smart women, being smart is the thing that they like to brag about. It’s finding the deal; it’s finding the awesome new way to live.”

According to Hyman, the company has gained 97 percent of its users by word-of-mouth. Because of this, they can invest in tech and operations, knowing that the renting experience must be seamless and fun. After all, Hyman points out, they also run one of the biggest dry-cleaning operations in the world to care for the clothes. By ensuring that the service operates smoothly, from the shipping to the customer service to the condition of the clothes, Hyman is paving the way for customers to enjoy the experience and rave about it to friends, coworkers, and strangers on the train who compliment their outfit. That’s marketing power that no marketing budget could ever touch.

Make it easy for customers to love you

“What are those points of virality that your business has, and can you accelerate them in any way?” Hyman says. Identifying that element for your company is what will set it apart from competitors. 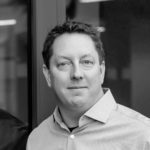 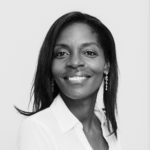 Doug Bryant, vice president of talent management, training and recruiting at Sonic Automotive, went against conventional wisdom about people shopping for cars and took away the ability to haggle—with striking results. 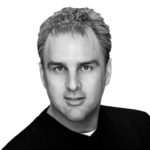 Why Culture Should Never Be Aspirational