with Kerstin Emhoff of PrettyBird 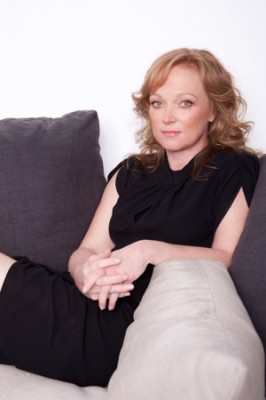 When Kerstin Emhoff and Paul Hunter founded PrettyBird in 2007, they envisioned running their company unlike any other. Known for their creativity and production talents, the two wanted to take their company beyond the traditional commercial-production company model. “We wanted to create a hub that would be a creative think tank and bring all types of people in,” says Emhoff, cofounder and executive producer.

As the fledging company quickly branched out into different kinds of work, it quickly gained a reputation for breaking new ground and refusing to follow any formulas. “It was a lot of trial and error in the beginning, but now we’ve been able to do a lot of interesting projects using that model, so it’s paid off,” says Emhoff. With a high-profile roster of clients including Nike, Burger King, and Old Spice backing its unique approach, PrettyBird’s fearless leader unlocks the keys to its success.

From the beginning, and to this day, PrettyBird finds success in diversification. The company strives to reach beyond the traditional, tried-and-true projects, expand their offerings, and take on new roles. The team has dabbled in television, short films, live shows, and music programs. Emhoff adds, “We are trying to maximize the potential and outreach with all of our experience.” One of the important areas both founders wanted to create a new model for was in the music world. The entire industry was changing and music videos were not as relevant as they once were. Bringing artists and brands together could allow for creative ideas that went beyond traditional music videos, she says.

Consolidation is a key business strategy. They run a lean and mean ship. “People in the business think we’ve been around a lot longer and that we are bigger than we are, because of the amount of work we do,” Emhoff says. The firm has created a collaborative spirit within the office. When hired, employees were told they’d have to wear 10 hats and to forget the clearly defined roles that exist in other production companies. All 15 employees are encouraged to get involved with the projects. Without restrictions, Emhoff saw her employees blossom. “One of the rewarding things has been watching people grow. Paul’s former assistant is now our head of development,” she says.

PrettyBird utilizes all of its talent resources. The traditional commercial production model has been the same for decades—directors direct and producers produce. They’re determined to break free from the restraining guidelines and they look at everyone and every situation in a different way. “We look at each project and try to see what else we can do,” Emhoff says. “We’ll bring in TV producers, game developers, or teens to get an idea of what’s cool. That has been an amazing influence on our company.” Developing young talent has been an asset to the company. PrettyBird’s young 20-something directing team, the Daniels, recently completed their first traditional commercial for Weetabix, a British cereal. They captured a girl doing urban street dancing to a popular style of teen music. While it was broadcast in the United Kingdom, it got huge attention and went viral, making it into the United States and hitting its target audience within a week of airing. “Not only is it a small world, but when something hits that super savvy audience, it goes very quickly,” Emhoff says.

Despite its stellar sales staff, PrettyBird doesn’t rely on a high volume of sales to build brand awareness. Instead, “we get the most attention with the work we produce. That brings in new business and new opportunities,” she says. Getting the chance to pitch a concept, develop a project, and introduce something unexpected is the quickest way for the company to get noticed. One of PrettyBird’s recent campaigns creating a buzz was for Nike Jordan—a 360-degree media experience with no broadcast component. “When the agency sent me the board, I said ‘I don’t know how to do this but I’m going to figure it out because it is going to be very interesting if it works,’” Emhoff says. Technical people were brought in and they developed a camera that shot a 360-degree story on the basketball court.

Moving Past the Hiccups of Starting Your Own Firm