Three wheels isn’t the first thing that comes to mind when people think of motorcycles. But, Jeff and Diane Vey, the owners of Motor Trike, found there was a whole new world of three-wheeled riding that offered the same exhilarating motorcycling experience without as much risk. When they began their venture in 1994 in a tiny, 1,200-square-foot building in Texas, it was just the two of them. Now, the company has grown to more than 60 employees and offers both custom-paint jobs and handmade trike bodies for Harley, Honda, Victory, Triumph, and Kawasaki bikes. Profile sat down with Wayne Tompkins, vice president and general manager, to talk shop and find out what makes Motor Trike so unique.

Let’s talk history. Where did Motor Trike get its start?
Well, they began in August of 1994 with two employees here in Troup, Texas. So, we’re in our 17th year of growth. It was just Jeff and Diane back then. They’ve had a tremendous amount of success, and it hasn’t changed them at all. They’re the same two people now as they were then when they were starting this business on a shoestring. It’s grown incredibly to 200 dealers in the United States and Canada, and eight dealers outside the US. Woven into the fabric of this company is a structure that puts our employees’ faith first, then family, then work. And a work ethic that goes all the way through the organization.

What makes a three-wheeled bike an attractive product?
Riding a two-wheel vehicle requires a lot of strength and keen vision to be able to handle the motorcycle properly. And motorcycles are heavy. If you get one a little off center, you can lose one or lay one down. So (with a trike), two wheels in the back and one on the front adds a stabilizing factor. Many of our customers are nearing the end of their business careers. They’ve raised their families; they own their homes. The majority of them will probably have ridden motorcycles all their lives. This affords them an opportunity to extend their riding experience. You feel the same way you did when you were a youngster.

But, a lot of people also come in to the market who have never ridden before, and this is a product that allows them stability and a tremendous amount of safety. People are able to simply sit down and enjoy the ride. 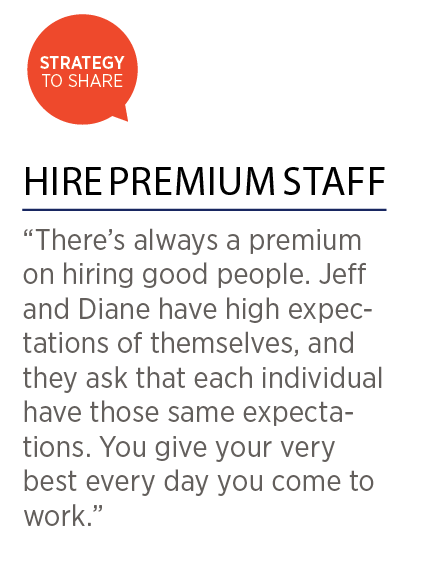 You mentioned the idea of the motorcycle experience. What is it about riding that really grabs people and encourages them to make a hobby out of it?
It’s exhilarating. You’re on a machine that goes quickly, and there’s the wind in your face. There’s just an excitement you feel when you get on one. And that doesn’t change with a trike.

Isn’t there also a special sense of community around riding?
Absolutely. When I lived in San Francisco, I used to ride on the coastal highway on the weekends. You meet very interesting people on those trips. One time, I ran out of gas in the middle of nowhere, late at night. I heard the bike sort of gasp for gasoline, and I flipped the reserve toggle switch and felt the last surge of fuel. But a few miles later, I realized I had already passed the last filling station. I spent about six hours on the side of the road until two motorcyclists stopped—didn’t know me from Adam—and took me back to a filling station and helped me get gas. Then they went on their way. Two friendly people went out of their way to help some man on the highway who didn’t take the reserve tank seriously. That tells you there’s a really nice bond in the motorcycle community. I’ve never forgotten that.

Switching gears, tell us about Motor Trike’s interesting approach to training employees.
We’ve got teams of welders, painters, grinders, mechanics, and a nine-station assembly line. People have different levels of skill and experience, so when we hire someone, we cross-train everyone who works here. That way, there’s the opportunity to work in several different challenging areas. And if there’s an illness or someone has to be gone, you always have equally qualified people to come in and take over their responsibilities.