Meet wonder woman Gail Grimmett. As senior vice president–New York, Grimmett was instrumental in helping guide Delta Air Lines through a bankruptcy and merger and into a bright horizon.

An economist by training, Gail Grimmett was tempted by a job posting in The Wall Street Journal to join Delta Air Lines, Inc. over 15 years ago. Ever since taking that first plunge, Grimmett has embraced opportunities to advance her career, helping turn around the world’s second-largest airline during critical financial times. Today, the 45-year-old is Delta’s New York-based senior vice president. In her current role, Grimmett has full financial responsibility for the performance of the routes. She handles state and local government affairs, sales, marketing, sponsorships, community affairs, charitable giving, and the customer experience at the airport. Now that the airline is back at the top, Grimmett has participated in initiatives to enhance the Delta experience, including the creation of a new terminal at John F. Kennedy International Airport (JFK) and increasing the number of flights at LaGuardia Airport. Here, Grimmett shares how she helped reroute the airline through a bankruptcy and merger, the current state of Delta, and her plans for fueling future growth.

I joined Delta in 1995 at the height of airline performance. The challenges arose starting in 2000 and just continued through economic hard times, bankruptcy, and then the fast-moving merger, which put us back into performing strong. I have been very fortunate in the numerous opportunities I have been provided at Delta. The timing of those changes has always been the challenge! I took over financial planning just as we started into the economic volatility in early 2000, I was moved to run investor relations right after 9/11, and then ran it up until four months prior to when we declared bankruptcy. I then was moved to run revenue management during bankruptcy and the merger. All of these were critical times for the company.

When I was moved to head up revenue management, Delta had a revenue deficit compared to the rest of the industry. For every dollar another airline was making, Delta was making 85 cents. Other carriers were getting a revenue premium to us. We really looked hard at the changes we needed to make in people, processes, and technology to move us forward. We have an incredibly talented group of analysts in that department that have incredibly demanding jobs. We overhauled strategies and technology to really look at how we approached the business, and it was tremendously successful. We were able to exit bankruptcy ahead of schedule, and were able to hit our revenue targets over a year ahead of time. When I left revenue management, for every dollar another airline was making, we were making $1.05, and we were now getting the revenue premium. 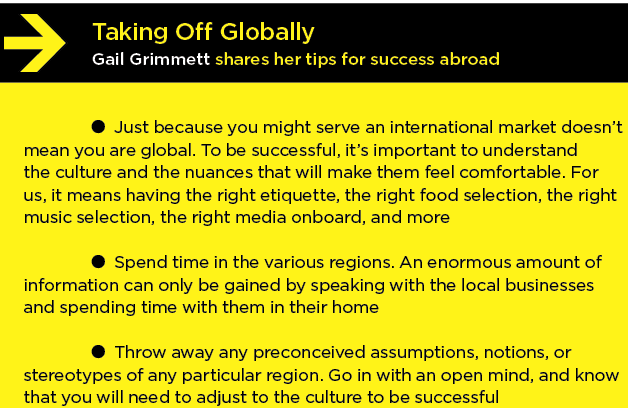 Post bankruptcy and after the merger, I came into work one day and I was offered, and encouraged, to take this position as senior vice president in New York. Delta had invested a lot of resources into growing the [business in this] state when we were going through bankruptcy, but we didn’t necessarily have the infrastructure here to support it. Our CEO and president felt strongly that New York couldn’t be managed from Atlanta. What I’ve learned is sometimes other people know you better than you know yourself. Delta’s executives were confident I could handle the role—it isn’t a role I would have chosen for myself, but I’ve loved every second of it.

Delta has grown substantially in the last three years. I’ve been part of the $1.2 billion project to add a new terminal at JFK. My role was to lead the efforts to get the deal completed. This included managing the relationship with the Port Authority, ensuring we had the right support from all levels in the city and state to move quickly on the terminal project development. I was also responsible for working internally with our teams to drive the timelines for negotiations. The complexity of the project came due to the timing, given the weaker capital markets at the time, and ensuring that we developed a plan that worked for both the Port Authority as well as Delta.

Also, after several years of negotiating, I’ve been involved in the slot swap at LaGuardia to double our flights—we went from between 125 and 130 flights a day to 264. There aren’t a lot of businesses that see that kind of instant growth—I went to bed one night and we were one size, and the next morning we were so much bigger. Our growth has been exciting—you can see it in our employees and we hear it from our customers. 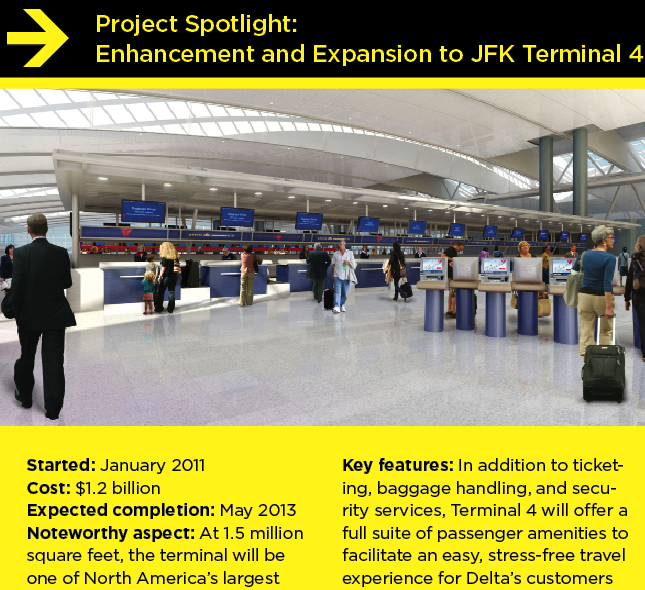 I’ve appreciated the opportunity to move around within the airline, but I think the constant you will see at Delta is you need to deliver, without a doubt. The focus is on doing what is expected from you—that energizes me. While I’m not always looking for what’s next, I think delivering on what is expected has helped me progress through the company.

I believe the industry as a whole will change dramatically in the next few years, but Delta is in a unique position—we’ve gone through the consolidated merger scenario and are reinvesting in the customer experience. We’ve [taken] steps forward with our new JFK terminal, the growth at LaGuardia, and by putting more than $2 billion into product enhancements. It’s exciting to see the growth, but it is a tough job. We are in the customer-service business, and we have to earn the customer’s business every day. We can never forget that.

The Queen of Reinvention