For Edward Andrist, CEO of Fresche Start Restaurant Group, the mantra “giving ‘til it hurts” has proved fulfilling. The relatively young restaurant-proprietor group debuted Erbert and Gerbert’s, a quirky, casual sandwich eatery serving up a spirit of community outreach and individual flair—in addition to delicious sandwiches with fantastical names. The fast-growing franchise is differentiating itself from the competition by looking beyond the bottom line to digging roots in the local area.

as told to Treena Nees 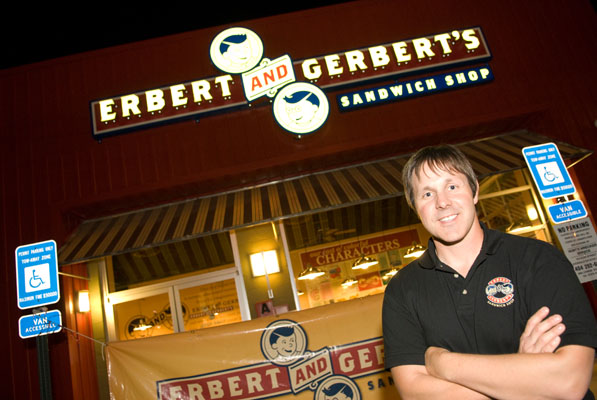 I’ve always been involved with the restaurant industry. It has been part of my upbringing, thus defining a significant part of who I am. My parents owned and operated several successful restaurants, which taught me the basics of running a successful business. While in college, I opened an original and successful line of espresso bars, which I have since sold. From these cumulative experiences, I have learned what is important to goes beyond what we sell. It’s important to be involved and part of something bigger than the bottom line. Everyone has their own ideas about what being profitable means. For Fresche Start Restaurant Group, it’s being unique and selective about our product and our involvement within the communities we serve.

The funny store name, Erbert and Gerbert’s, originated from two fictional bedtime-story characters created by the company founder’s grandfather. Similarly, each sandwich on the menu has cartoon-like quirky names, which immediately make customers smile. Erbert and Gerbert’s was founded in Wisconsin in 1987, but it is a brand that is now growing nationally. Although the brand has been successful in the Midwest, our corporate team has strategically planned for its growth with an impressive controlled growth business plan. Corporate is very selective about where and with whom they decide to invest and build their name. Fresche Start Restaurant Group is the 50th location in the nation and the first franchise in the Southeast. 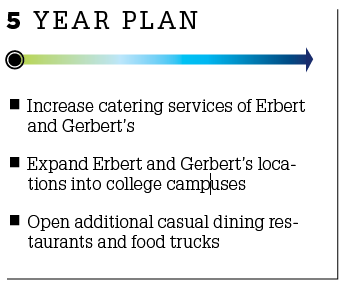 There are many positives about the Erbert and Gerbert’s brand, but two important aspects remain in the forefront: individuals and individuality. Fortunately, Erbert and Gerbert’s is a franchise that supports both. For example, the ownership team was allowed to provide input into the interior- design concept of the store, which is situated in an industrial area of Decatur, Georgia. It was important to the Fresche Start team to ensure that the store design was attractive to the city’s creative and artistic demographic, which prefers eclectic venues that complement their tastes and urban lifestyles. Corporate has since adopted the décor as the standard. The brand has also supported the store’s involvement with the surrounding communities to build solid and long-lasting relationships. These relationships have opened many doors for us and resulted in valuable visibility and support. At the same time, every effort is made to reciprocate this support by contributing to fundraising events and related activities and recognizing our fellow small-business owners and community members when the opportunity arises. 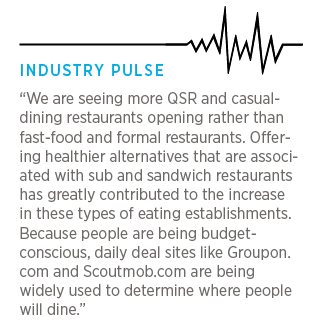 Building a brand is hard in stressed economic times but it is not impossible. We set out to be successful by differentiating ourselves from other groups and brands. I think it is important to point out the value of using a business-valuation consultant to work with us. Strategically, this minimized wasted time and efforts. The investment is minimal compared to what the losses will add up to if you invest into a poorly managed franchise or independent business. Verifying the financials, projected growth rates, strategic plans, and the financial stability using a consultant saved us not only time but, in the long run, money.