What employees and HR leaders alike can learn from recent unionization efforts at tech giants like Apple, Amazon, and Google 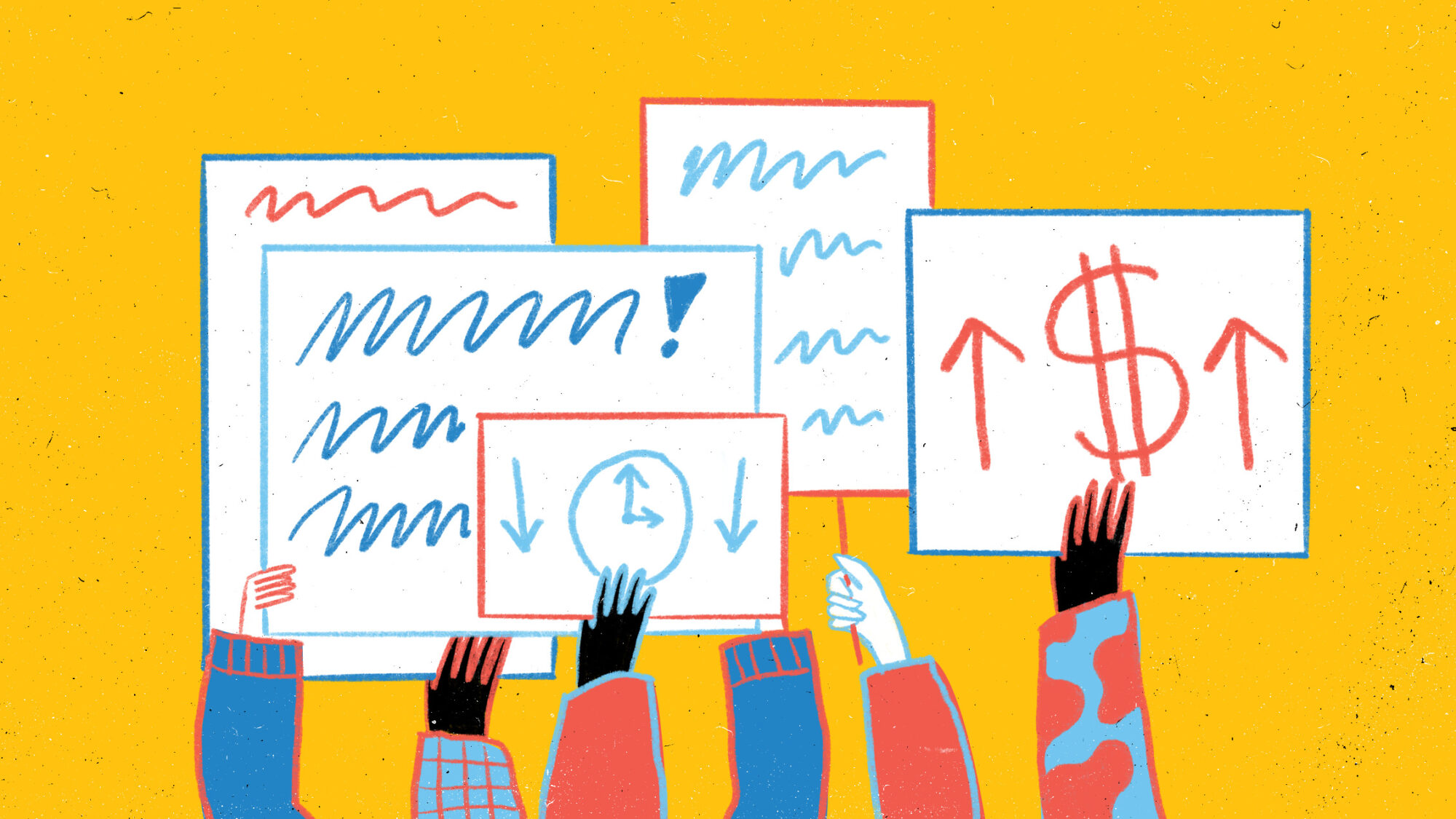 Illustration by Arturo Magallanes
By Laurie B. Davis

Historically, labor unions have negotiated for improved wages, access to healthcare, and better work and safety conditions. But that is no longer the top priority for many unions, particularly within the tech industry: employees at Google, Amazon, Apple, and other tech giants are increasingly focused on the values and impact of their employer rather than their own individual benefits.

Are big tech companies doing all they can to fight climate change? Are they doing business with countries that have poor human rights records? Do they have government contracts that support Immigration and Customs Enforcement (ICE) or the Department of Defense? These are some of the questions that today’s tech workers are asking, and some of the key issues that are galvanizing them to form unions.

But according to HR experts, unionization is not the only—or necessarily the best—avenue forward in these situations. Both employees and companies might be better served, those experts say, by examining the other (more impactful) options available to them.

What Is Actually Going to Drive Change?

Pam Teufel, an experienced HR administrator who has worked within multiple healthcare systems, understands the ins and outs of labor unions. She has worked at two companies (LabCorp and Scripps Health) where employees chose to decertify their unions and has worked with union organizers throughout her career.

Teufel empathizes with Amazon warehouse workers whose unionization efforts have recently made the news. “It’s like working at any fast-paced, manual job,” she notes. “You’re going to run your tail off. Their pay rates are probably going to have to continue to go up in order to attract and retain talent.”

Generally speaking, though, Teufel says that unionization might not actually help employees drive the changes they’re looking for.

This is in part due to the fact that a union’s power is limited. “A company will only do what they are willing to do, and the union can’t make them do any more,” she explains. “The only lever that a union can pull is to strike.”

Teufel also points out that most companies—including and especially powerful tech companies—will hire effective attorneys to negotiate their first contract. Those attorneys can drag out the unionization process, making it that much more unlikely that employees will see any real changes at their company any time soon. “Most union contracts take nine months to a year to get, with some never even getting to a contract,” Teufel says, “and in that time, I can almost guarantee that the company is going to make some inroads with those employees to convince them that this was a bad idea.”

Teufel believes in the power of individuals to negotiate for themselves rather than doing so through a third party and says that employees shouldn’t discount the power of their own individual actions. “Your individual power as an employee is to walk away from that company,” she emphasizes. If the company continues to lose staff over an issue that employees have raised, then leadership may reverse course and start treating the issue as a business imperative.

Being Proactive Builds a Better Culture

Employees aren’t the only ones who should be taking action in the face of these challenges. HR leaders like Teufel and Ricardo Resio, corporate director of HR at Morley, say that the best option available to companies is to be proactive so that employees don’t feel like unionization is their only option.

According to Teufel, company leaders need to proactively state their stance on unions so that employees are aware. “A company has to articulate to employees on day one why they don’t want to have a third party,” she says.

Managers also need to be proactive about listening to and addressing employees’ concerns, Teufel points out. “Are managers listening to what employees want? If they’re not, that’s usually when a union has a nice opening to come in and say, ‘Well, I’m listening.’”

Resio—the son of a union leader and a seasoned corporate leader—agrees. His HR department works to empower Morley associates to ask questions, raise complaints, offer suggestions, and engage in open dialogue with company leaders about any concerns they may have.

“Our leaders need to be in tune with their teams to notice when things seem off and proactively share their concern with the team member to provide any assistance necessary,” he says. “In short, having well-developed, informed leaders who are effective communicators is key.”

No matter what your company’s culture currently looks like, Resio says, there’s time for change. “It’s never too late to focus on company culture or to train leaders to maintain an open-door policy,” he emphasizes. “Creating an engaging as well as a positive company culture starts with seeing how workers view their environment.”