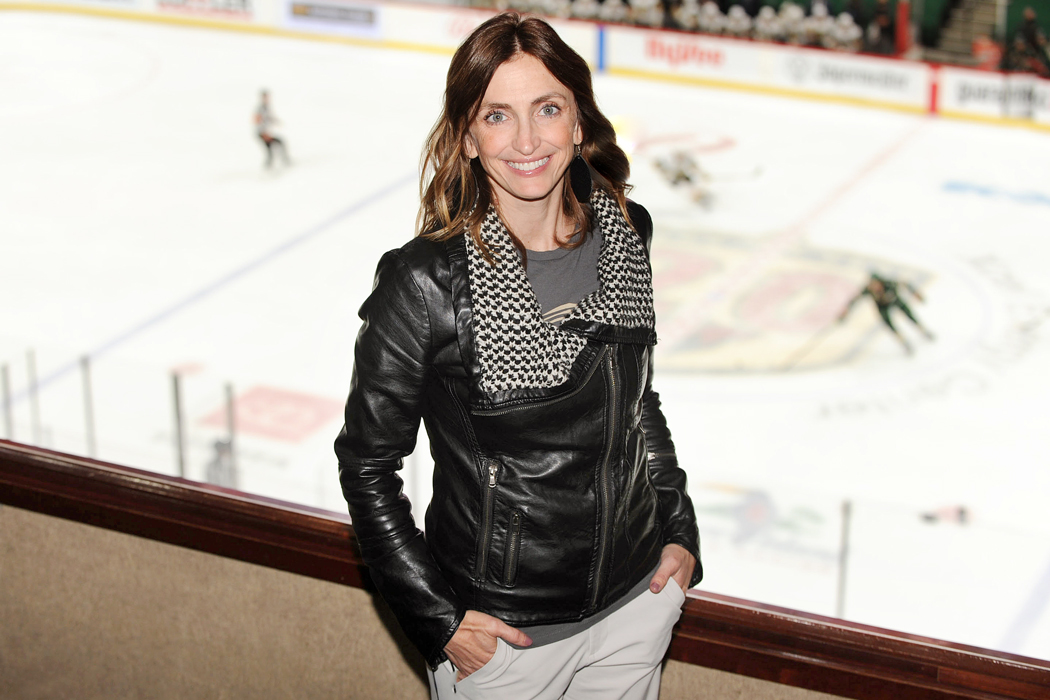 Leah Pitzenberger talks a lot about the seasons of her career. It’s not a traditional way of relaying one’s experiences, but it’s incredibly effective. The vice president and head of human resources and organizational development at the NHL’s Minnesota Wild has been through a few already.

Pitzenberger’s seasons have included supply chain HR as well as diversity and inclusion for Target, which has a workforce of thousands. Her seasons have included a smaller tech company, extensive international travel, and the push-pull of trying to raise her two small sons while in a role whose commute included a weekly flight from Lincoln, Nebraska, back home to Minnesota.

The VP’s latest season is now icy, but for all the right reasons. Pitzenberger has found the right crew, despite taking on the role two months before the US shut down to combat the COVID-19 pandemic. The HR leader who had never seen a Wild game—let alone any hockey game—found an organization that cares about its community, its employees, and its culture in the way one imagines a hockey team should.

The Wild retained Sue Bergstrom, president of HR Connection, to find the organization’s first executive-level HR leader. “I meet with HR leaders Monday through Friday, every week of the year,” Bergstrom says. “Leah immediately stood out as someone who could provide the Wild organization with the creativity, energy, and humility that owner Craig Leipold and others on the leadership team had described as their ideal executive HR leader.”

Pitzenberger says learning the business of hockey has provided its fair share of challenges, but those challenges are vital to take on because the spirit of the hockey team is exactly what makes it such a unique place to be.

“The grit and determination of the Wild organization feels really similar to the spirit of the team,” Pitzenberger explains. “We don’t just want to be good; we want to be great. We want to be an amazing employer and an amazing hockey team.”

While Pitzenberger’s early tenure and the challenges that the pandemic brought was chock full of difficult decisions, she’s excited about the opportunity this post-pandemic season presents. “It’s an opportunity to revolutionize our business and the business of people,” she says, “and that’s exactly what we’re doing.

“People have different expectations now, and it’s our goal not just to meet them but to exceed them,” Pitzenberger continues. “We want people to see us and seek us out for employment. To do that, you have to be brave and innovative.”

Pitzenberger shares that they needed to strip things back to the foundation—who they are, what they do, and, most importantly, who they needed to be moving forward. “I have a strong bias toward action,” Pitzenberger explains, “but this isn’t something that can be done top-down. We began by asking our team to share what was on their minds and hearts. They are central to our reinvention and their voice was critical in identifying which components of our culture were serving us well and which needed to evolve to usher us forward.”

So, that’s exactly what they did. In an industry that had been decimated by the pandemic, they are beginning a journey toward a more innovative business model and embedded that creativity in their new cultural values. “We knew that we couldn’t just iterate on our existing processes,” she explains. “The pandemic has shifted the ground for everyone, and we needed to begin again by building a culture and HR processes that serve the organization we want to be instead of the organization we’ve always been.”

This new season has focused on four key plays that Pitzenberger believes are the company’s differentiator. “Leadership alignment has been a priority,” the VP says. “We all need to be on the same page, playing from the same playbook, or we won’t be successful. Period.” From refreshing company values to identifying key initiatives and success metrics, leaders worked collaboratively to build an innovative and exciting strategy.

The next two focuses went hand in hand: creating a culture focused on candor, as well as learning and growth. “These are a bit of a longer play for us and will take us more than a year to master, but we know they will become our secret sauce,” Pitzenberger says. “Employees are looking for experiences grounded in learning, and we believe they deserve a voice—in our culture and in our business—so candor will be critical.”

Lastly, the VP shares that everything is grounded in her team’s mantra: make HR easy. “I think we’ve made HR overly complicated and unapproachable. We need to unwind that,” she says. “Everything we do should be simple, easy to understand, and accessible to our employees. They want to be involved; we should encourage that in any way we can.”

While this season is just beginning, it’s proving to be an exciting one. “We’re very early in this journey, but we’re excited about the potential these changes bring,” Pitzenberger says. “We believe they will become differentiators for our organization—both as a winning team and a winning employer. It’s an opportunity to truly go from good to great, both on and off the ice.”

It certainly has been a baptism by fire or ice, but Pitzenberger, and the Wild, are just getting started.