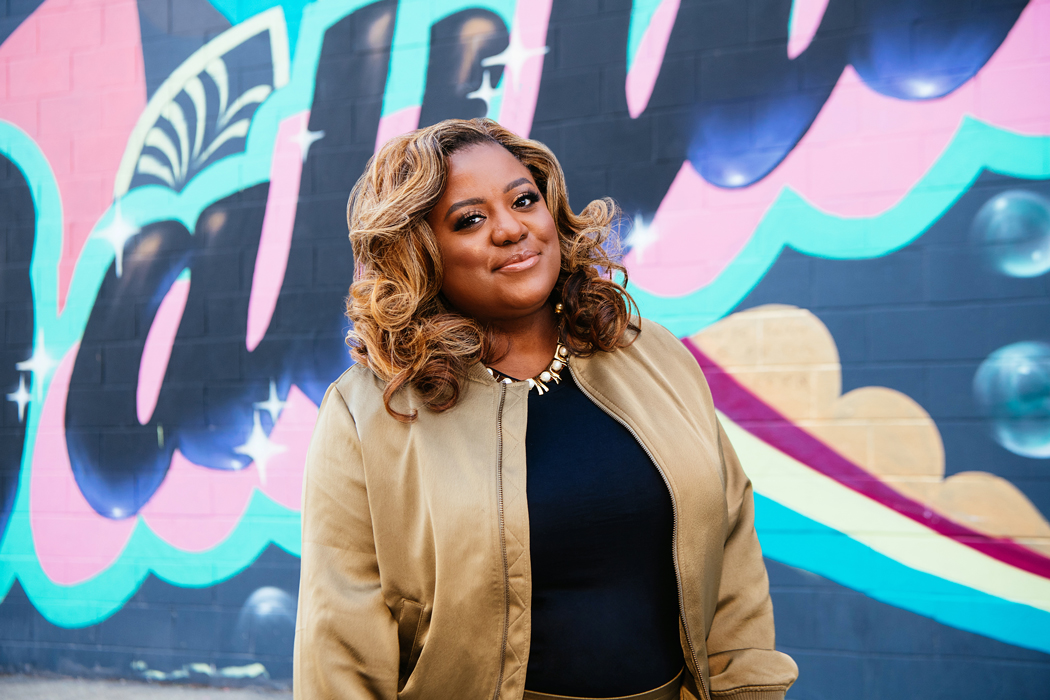 Company culture is usually defined as a shared set of values, goals, and practices that characterize an organization. But when LendUp launched Ahead Financials, a new banking platform for the underserved, they looked to Chief Operating Officer Kimberly Morgan to build a vibrant and personal company culture rooted in service and the celebration of diversity.

“Culture is at the root of how we work together to successfully serve our customers,” Morgan explains. “Celebrating diversity enables us to understand each other’s unique background and experience, helping to shape our understanding of the diverse population we serve and equip our teams to communicate more clearly with each other, make decisions, and move forward together.”

Morgan initially began working with LendUp, a fintech company that guides its clients toward healthier finances via loans, educational resources, and access to credit reporting, as a consultant before being brought on full-time as vice president of people operations in 2019. At that point, LendUp had gone through a series of structural, leadership, and locational changes that had left the company culture in a state of fatigue and exhaustion.

The following year, Morgan became the company’s first African American COO, and she made the celebration of culture a cornerstone of the company. Morgan invited the team to purposefully honor every culture across the organization. Rather than form traditional employee resource groups, Morgan invited ambassadors from within who had a passion for shaping the company’s internal messaging and cultural connections.

“We started with ‘What does culture look like?’” Morgan remembers, explaining that cultural celebration shouldn’t just be about any one area, such as celebrating a country’s cuisine.

For instance, when LendUp celebrated Chinese New Year throughout February 2020, the Oakland headquarters building was decorated with imagery associated with the holiday. They went even further with the celebration by gifting the employees a red envelope inscribed with a virtue for them to embody throughout the year. It is a culturally significant part of the holiday that many companies tend to look past.

To honor Women’s History Month in March, the ambassadors interviewed every woman in the office, then broadcast the footage onto a big screen in the office typically used for all-hands meetings.

“They saw their face and they saw who they were and what inspired them on the screen,” Morgan says. “And it was an opportunity for their coworkers to see the same thing. As they were a little more about their coworkers,” she continues. “It captivates the imagination. Imagery normally stays with people longer than text.”

Morgan and her team applied the same comprehensive, audiovisual aesthetic to Diwali, Pride Month, and every other cultural touchstone at the workplace throughout the year, even as the COVID-19 pandemic moved day-to-day operations to a remote setup. At the time of her January 2021 interview, Morgan revealed that LendUp employees had already game-planned as to how they would celebrate cultural holidays while not in the same building.

“Because we have set the foundation, the expectation is already there from the workforce,” Morgan says. “The pillars that we set up in a pre-COVID environment have set us up for continued engagement.”

There have also been opportunities for LendUp employees to gather safely in person during COVID with the goal of helping the community around them. Spearheaded by Morgan and dubbed Lending a Hand, the initiative helped clean up nearby Lake Merritt and partnered with the East Oakland Collective for a clothing drive on Martin Luther King Day.

The launch of Ahead Financials, LendUp’s new digital banking platform for the underserved, has been a culturally immersive experience. Morgan has been an instrumental catalyst for the brand to implement cultural marketing campaigns that lean into social media and gaming.

For example, two recent campaigns held on Twitch fueled important conversations about financial inclusion and education, ultimately helping Ahead attract new customers and distinguish itself from other financial institutions. Ahead customers have been largely ignored by mainstream banking, and Morgan has made it a point to build the brand around a culture of inclusion and access.

Morgan credits her passion for giving back and melding different cultures together to her own unique background. Although she was raised in the Central New Jersey beach community of Neptune, both of her parents hailed from Alabama, and her childhood was split between the South and the Northeast.

“One of my nicknames is Jersey Belle,” Morgan says, laughing. “Growing up in the South, my parents knew everyone in their community and treated everyone like family. My southern heritage, and my position to embrace my peers and colleagues from a familial perspective, has always been a core tenant to my outlook on life, especially living and working in the hustle of New Jersey.”

Morgan’s parents also prioritized community service through a variety of activities, primarily through the Boys & Girls Clubs of America, where her father sat on the board. Morgan herself sits on the board today, in addition to being involved with the organization’s Youth of the Year program and volunteering with local food banks to help prevent childhood hunger.

Her mother was a teacher in an underserved community in a nearby town and always went out of her way to make sure her students had breakfast. Her parents’ penchant for service extends into Morgan’s leadership style. “Like my parents, I lead by serving others,” she says.

Morgan’s leadership style aligns servant leadership with a multidimensional approach. In addition to being of service to her team, Morgan leads dynamically across the organization.

“Everyone on the executive team serves at the pleasure of our amazing CEO Anu Shultes,” she says. “But I serve my peers as well and always take their perspectives into consideration when making my decisions. We collaboratively solve problems through a sense of community and understanding.

“That is how I’ve navigated and approached obstacles throughout my career,” she adds. “The celebration of community, culture, and service is paramount to who I am, which is why I love what I do.”