As chief people officer, Dara Engle wants the Howard Hughes Corporation to be the most inclusive employer in real estate 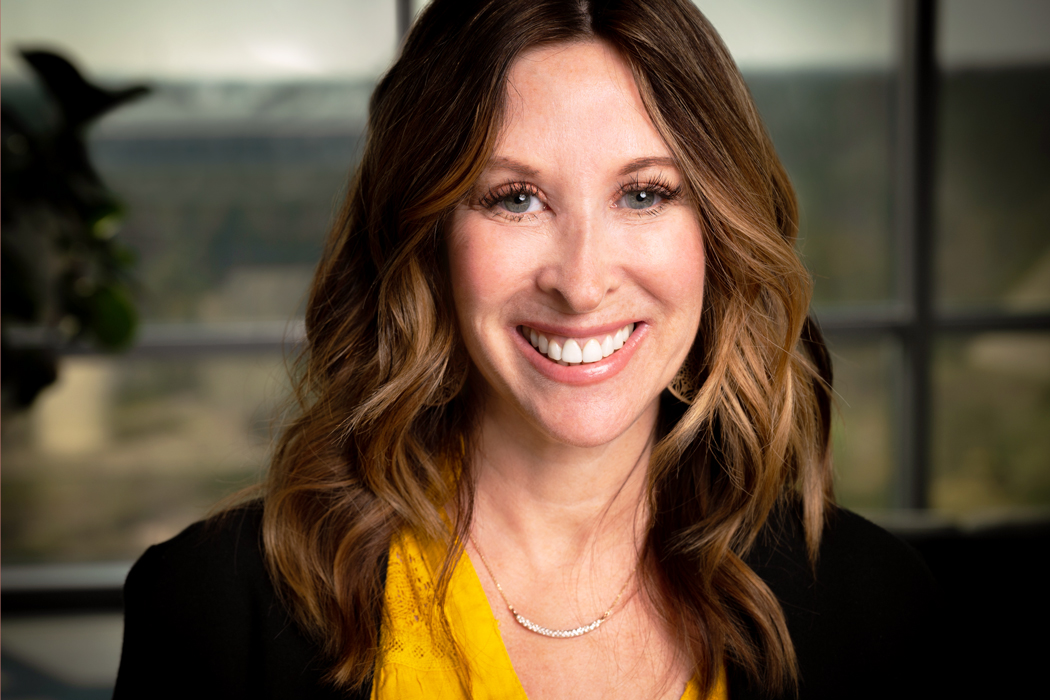 It was the year 2000. Dara Engle had successfully navigated almost a decade in her HR career. She worked for Blockbuster in the days when the movie rental giant was as much of a retail fixture as McDonald’s or Jiffy Lube, then moved on to big-box titan Best Buy to aid its massive expansion. Engle was making all the right moves, but there was one problem.

“I was growing my family,” Engle says. “I had two toddlers, extensive travel requirements, and the role was a tough one. The idea of a ‘family-friendly’ employer just wasn’t that prevalent at the time.” It was the dawn of a new millennium, but Engle still felt like she was trapped in the eighties.

She found her happy ending, but it took time. Engle left her in-house career to begin consulting because she couldn’t find another way to prioritize both her family and her career. “I just couldn’t get to a point of balance that was workable in my personal life,” Engle says. “I felt like I had to modify my career trajectory because I chose to raise a family.” She wouldn’t go back in-house for another decade: in 2010, she joined the Howard Hughes Corporation, where she now serves as chief people officer.

Fortunately, during that decade, the corporate world slowly began recognizing that people’s lives outside the office matter. And employees at Howard Hughes have no bigger advocate for that view than a CPO who had to endure the exact opposite mindset. “That experience is one that really informs my role today, and I think HR in general,” Engle says. “It’s our responsibility to create an environment in an organization where people don’t have to make those types of choices and don’t have to compromise their career goals in order to fulfill their family obligations.”

With time, Engle says that she’s even come to consider herself lucky. “I was able to take the skills I had developed earlier in my career and repurpose them to continue working as a consultant,” she says. “Not everyone that has to make the same critical decisions is always so lucky.”

Going back in-house came with its fair share of growing pains, Engle says. In fact, if she had known what she was getting into, she’s not sure she would have had the courage to take it on. “I had worked for a public company before, but I didn’t run the HR function,” she explains. “I did not see the responsibilities that were incumbent on me, I didn’t quite grasp the magnitude of the job, and I think ignorance was bliss.”

And yet Engle persevered. In explaining exactly how she grew into her role, she references a quote from Matt Damon’s character in the 2015 film The Martian:

“That’s kind of what I would liken this job to,” Engle says, laughing. “It’s been ten years of figuring out the next thing that has been thrown my way, and somehow I’m still here.”

Part of the reason that the last ten years has been so challenging is that from the onset, Howard Hughes was a spinout organization with a fast growth trajectory in diverse lines of business that required different types of HR support. The emergence of the company in 2010 also happened to be the day after her birthday (“it was supposed to be on my birthday, but the SEC didn’t get it done that day”).

That meant her ten-year anniversary fell in 2020—a rough year to celebrate, when the pandemic meant the party had to be hosted on Zoom. But Engle’s team created a celebratory video experience to look back at the last decade. “It was a testament to the fact that change is abundant, and if you think you know what’s next, you’re foolish.”

In her time with Howard Hughes, Engle has seen numerous changes, including recent leadership transitions and the relocation of the company’s headquarters from Dallas to The Woodlands, Texas, just north of Houston. But she says the most important part of her job is supporting the people she works with. “I have loved seeing people flourish at our company,” she says. “I think the people on my team can be president of a company, or even of the United States for that matter.”

It’s not the last ten years Engle is excited about, though, but the next ten. In an industry whose numbers are “severely lagging” when it comes to the representation of both women and minorities, she says that along with her traditional responsibilities, making Howard Hughes a beacon of inclusion and diversity is paramount. “I feel a responsibility as a woman in leadership, knowing that other women may look to me and say, ‘If she can do it, then I can too,’” Engle explains. “One of my goals for 2021 is to increase diversity on our leadership team. Having a woman on this team is critical, but it cannot be only a symbolic gesture—true forward progress is the key.”

Howard Hughes recently conducted a diversity evaluation to get more raw data for a baseline measure of success. When compared with the industry, she says, Howard Hughes was close to the top of the pile, but when compared to other industries, there is significant work to be done.

“I feel like I can do so much more in the next ten years than I have in the past ten,” Engle says. “The societal pressures of the past year have opened a door to allow for significant change. If I can advance diversity, equity, and inclusion within our organization over the next decade, then I will feel good, knowing that I have done a service to this company.”

CEL & Associates Inc. congratulates Dara Engle on this well-deserved recognition for her long-time commitment to employee diversity, inclusion and equity, and to the Howard Hughes Corporation for their engagement of her leadership role as chief people officer. We are proud to have them as a client, support their values, and to be a part of their success.