Ali Seals brings compassion, empathy, and support to his in-house team at Weyerhaeuser 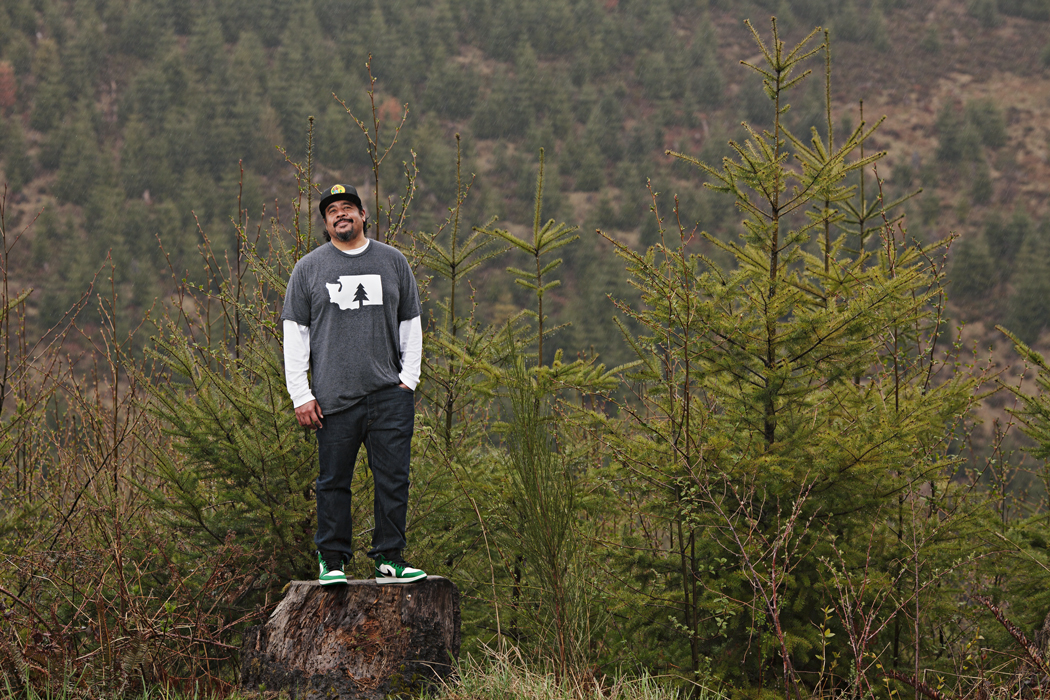 Ali Seals is named after one of the greatest athletes and activists of all-time, Muhammad Ali. It was an intentional choice made by parents who were active in the fight for civil rights. The namesake of the greatest boxer who ever lived seems to more float like a butterfly than sting like a bee. His personality is disarmingly down-to-earth, and his presence, even over the phone, denotes the kind of leader who will tell you which way the wind is blowing.

The senior counsel and legal team director at Weyerhaeuser is a Black man in a profession that has been acknowledged by the Bureau of Labor Statistics as one of the least diverse jobs there is when it comes to minorities and people of color. His company, Weyerhaeuser, has a 120-year history in the timber industry, and is based in Seattle—neither the industry nor the location are known for well-documented multicultural representation.

Seals’s hiring eight years ago had nothing to do with optics or initiatives. That can be chalked up to his empathetic and supportive leadership, significant real estate experience paired with legal expertise, and an ambition to do a job to the best of its ability that almost burned the lawyer out.

It took an award to finally get Seals to take a moment to breathe.

After winning Weyerhaeuser’s “Truly Great” award that goes to ten people a year in a company of ten thousand and after being selected for the company’s NextGen program for future leaders of the company, Seals had a moment of clarity. The program provided a business mentor/coach for the enrollees, and Seals had the opportunity to pair with an experienced Black business coach.

“I intentionally sought her out because I wanted to talk to her about some of the unique challenges that we deal with, both being people of color,” Seals remembers. “I was telling her about how challenging the volume of in-house work can be. When she tried to tell me that I needed to learn to take more time for myself, I just told her I wasn’t wired that way. If my phone buzzes, I’m going to check it.”

Part of Seals’s drive may be in part to “the talk” he received as a young man. Actually, it’s the second talk. “The first talk that people think of as far as parents having with their Black children is about how to act when they encounter the police,” Seals says. That talk is to help keep their children alive in an unjust world. The second talk is about how to thrive in one.

“If you’re a Black person, chances are there is someone, or more likely several people, that believe you got your job because of a quota and that you’re not qualified,” Seals says. “It means you have to work twice as hard to be seen even as just remotely competent. I think that really impacted me.” But that same veracity to prove his value had the potential to impact the lawyer’s health long-term.

His coach refocused the discussion. Had he not just won an award for his work? Had he not been selected as a promising future leader at the company? Had his reviews not routinely been exemplary?

“She said, ‘I don’t know how many other ways they can tell you that you’re doing a great job. You need to take your foot off the gas before you burn out,’” he recalls. “It was impactful, and it’s influenced how I lead my team.”

Seals speaks about his own team glowingly. The team refers to itself as Team “GSD (Get Stuff Done)” There was an initial challenge, however. Seals leads an all-female team of lawyers who are all experts in their areas of practice. “The optics around one guy supervising a team of five female attorneys are not awesome,” he explains.

That’s where Seals’s honesty and transparency shined. “The first thing I shared with the team is that I’m one of the few people of color in management at the company, and if a leadership position is something that they are striving for, I will do all I can to support them and help to make that a reality,” Seals says.

“I also told them that while I haven’t shared their experiences as women, I have been the only person like me in a room,” he continues. “I’ve had some awful experiences based on the color of my skin and the fact that my name sounds Islamic. If you’re a minority, woman, or other underrepresented class, chances are you’ve had some kind of problematic interaction either at work or away from the office, and I want them to know that they can talk to me. I will have their back. And I will work to make their work environment as comfortable as possible and make sure they have the resources they need to excel in their practice.”

The senior counsel says he is energized by the progress Weyerhaeuser has recently made on diversity, equity, and inclusion. The company started an inclusion council in 2019 that includes hourly and salaried employees and helps shape and implement the company’s DEI goals. Weyerhaeuser is also conducting an external review of its policies and practices to better understand and identify opportunities for improvement.

That said, Ali is quick to point out that the forest products industry as a whole has a considerable amount of work to do when it comes to being more progressive in representation and diversity efforts. He doesn’t pull punches, and he knows that a great deal has to continue to change in order to find more parity.

That’s the thing about Seals. He shares Ali’s penchant for telling it like it is, all while performing at the top of his game.

Schwabe is a trusted firm in the natural resources industry, offering personal attention and strategic legal guidance to a broad range of businesses, from start-ups to Fortune 500 companies. Learn more at: schwabe.com