Waste Industries’ Tanika McCulloch has spent the last year turning its HR department into an equal partner in the organization, which will come in handy after its $3 billion merger with GFL Environmental Inc.

Since its humble origins as a mom-and-pop organization in 1970, waste management firm Waste Industries has grown into a respectably sized operation, with 3,000 employees across the southeast United States. In October 2018, Waste Industries (WI) announced a merger with GFL Environmental, turning WI into one of the largest privately owned waste companies in the United States. For vice president of human resources Tanika McCulloch, this presents a thrilling challenge to continue her strengthening of WI’s corporate culture, and to ensure that her department is treated as a true business partner within the company

As she tells it, McCulloch fell into human resources by mistake. “I didn’t know that’s what I wanted to do, as much as I’d like to tell you otherwise,” she says. Graduating from the University of North Carolina at Greensboro with a degree in psychology and an unfulfilling sales job in Atlanta, her career in HR began with an unexpected call from a recruiter. “She calls me in the middle of the day and said, ‘Hey, I have an opportunity for you,” McCulloch says. “I can’t tell you the name of the company, I can’t tell you what the job is or how much it pays, but you have to be here by 1 p.m. today.’”

That interview led to temp work in the HR department at payment tech firm Global Payments, where she quickly excelled. Two weeks into the job, the company bought out her contract and took her on full time, promoting her to human resources generalist. Eventually, she left Global Payments to further build out her HR portfolio, becoming the human resources manager for Sara Lee and Pepsi-Co—Frito-Lay and a host of other companies, before landing at Waste Industries in late 2017.

While WI has grown into a medium-sized company, McCulloch says, the company still has the “warm, family feel” of its small business origins. This is an atmosphere McCulloch has worked hard to cultivate and maintain over the last year. When she first arrived at WI, McCulloch saw many opportunities to improve the company’s sense of focus and add a level of sophistication to their HR work that was previously missing. The department was already running smoothly when it came to the administrative nitty-gritty of HR—payroll, benefits, etc.—but McCulloch saw a chance to take that expertise to the next level.

Using her wealth of HR experience, McCulloch immediately set to work improving the department. She guided her HR managers to focus more on strategy than administration, making better use of their resources. On top of that, she reorganized the HR department in order to show the operational leaders the true value of their department as an equal partner in the business.“We do administrative stuff, but that’s a really small part of who we are,” she says.

For McCulloch, it was important to structure the department in a way that put HR managers more in lockstep with general management. “We bring training, discipline, consistency, all the things we need to operate and grow successfully,” she says to her managers, all in a successful effort to give her department a seat at the table. In this way, McCulloch could teach her fellow department heads that HR was “the conscience of the organization.” 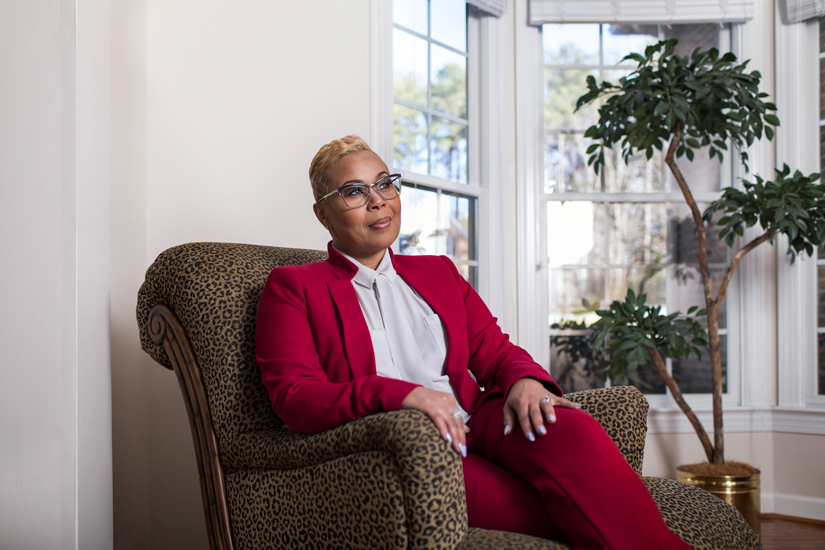 After firmly establishing HR’s new, vital role at Waste Industries, McCulloch went to work undertaking initiatives to maintain that presence in the company’s culture. “There’s a level of consistency that we hadn’t had before in how we hire, how we issue discipline, things like that,” she says. Before she arrived, each region of WI would handle internal investigations in a different way; under her management, there is now a consistent set of protocols for these practices that helps smooth over previous complications. This consistency is “one of the most profound things” she has changed about WI’s human resources practice, McCulloch says, “because they didn’t have that before.”

As Waste Industries continues to grow, McCulloch has been working diligently to improve the department’s headcount, so HR managers aren’t overwhelmed. This frees up those managers to become true partners to management and can settle issues before they escalate. “Before, managers always called HR right as an issue was blowing up; now they know to call before it blows up.”

In addition to these structural and cultural initiatives, McCulloch has also been hard at work creating diversity and inclusion initiatives at Waste Industries. As the first and only African American executive at the company, and the only VP who is a person of color, she feels a particular responsibility to cultivate a more heterogenous workplace. In 2019, she plans to introduce what she’s calling a “water drip” of initiatives intended to slowly introduce the company to D&I concepts, including a calendar that would highlight pertinent events and activities each month that would fall under that umbrella. While the firm’s merger with GFL leaves some of these D&I programs up the in the air, McCulloch is confident that her work to cultivate greater diversity at the company will continue.

As Waste Industries moves on to its next stage of life as an acquisition of GFL, McCulloch feels proud of the work she’s accomplished thus far. “There’s a level of respect towards the department now that there wasn’t before,” she says. “The other managers understand that we can’t just be the HR team—we have to be part of the business.”

The Gold Standard of People-Driven Culture