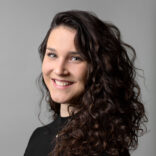 For Shinjini Das, her goal in life is to reach for the stars and not settle for anything less. To her, success is measured largely by enjoying the journey rather than just the end result. That’s why, in 2016, she developed The Das Media Group to empower women to be ambitious, hungry for more, and ready to take on anything—or in her own coined phrase, to be “go-getters.”

Since starting Das Media, Das has traveled around the world to inspire women to believe that no dream is too big. She’s worked with the US Department of State to empower at-risk, rural youth in Paraguay to pursue higher education; she’s helped small businesses sharpen their PR strategy; she recently spoke at her alma mater’s commencement ceremony to encourage these future members of the workforce; and has most recently advised women entrepreneurs in Honduras to build and monetize personal brands on social media.

Her reach goes even further with the help of social media. She currently has close to two hundred thousand followers on Twitter and gains traction of five million views (and counting) per month across her accounts. In short, she’s prominent.

Her presence does more than just get her name into the world. It seeks to inspire her audience to follow down a path that makes them, too, influential and impactful. And with social media, Das is able to see just how much of a difference she’s made in people’s lives.

“I wouldn’t be able to get this level of communication with my demographic without social media,” she says. “I hear about girls in Ghana who are motivated to finish law school because my advice gave them hope. They don’t have pop-culture-centric, educated role models, and they’re constantly being told that what they have is not enough. So I’m disrupting that by telling them to use their voices to advocate for themselves, and that’s revolutionary.”

In each of her efforts to connect with her audience, Das creates a space in her subjects’ lives by rooting for them when most of her audience might not have someone. She proves how seriously she takes this connection by sending personalized video replies and voice recordings to go-getters who reach out with questions or are celebrating wins and anniversaries. These efforts allow her to be the cheerleader or role model that her audience needs to take their careers to the next step. Considering her audience is mostly women and girls of color, much like herself, her goal becomes even more personal and pertinent.

“Many role models we have are a lot older than us,” says the twenty-seven-year-old, dubbing Michelle Obama as one of her greatest heroines. “We look up to them, but they also don’t exist in the same career space we do, so their advice tends to come from a different space.” Das says that unlike many older role models, though they are important, she is able to give her audience “real-time advice” about issues that are relevant to younger generations because she is experiencing the same things.

“It’s real-time mentoring because I can reflect on an issue that just happened the day before and offer advice on how I solved it,” Das explains. “My audience actually has a greater respect for that because they see that I got through something and want to help them get through it, too. I am always real.”

Through Das Media, Das aims to reach her audience members at any stage in their life, helping them evolve as go-getters in the same capacity she does. “My age profile is all over the board because everyone is in various stages of being a go-getter,” she says. “I want to be able to reach them all with better advice and resources.”

In the coming years, Das hopes to maximize her platform even more. She’s working with her personal brand management team to release new self-help products for her audience to take advantage of—including her first memoir, written when she was twenty-six—into different media consumption formats. Other products on the docket include subscription-based motivational text messages; a podcast; a branded app; her own live, over-the-top video subscription platform; branded sponsored newsletters; and even a new merchandising line featuring “go-getter” gear and other motivational accessories. The goal is to empower her go-getters with actionable products.

Das hopes to build a full-time team, expand into her first office in Los Angeles, and grow Das Media into an entire digital media platform to broaden her reach to go-getters and, at the same time, bolster her company’s revenue with four models: B2B, B2C, D2C, and a media platform.

“I wouldn’t be able to get this level of communication with my demographic without social media.”

Das is honoring her technology consulting and digital marketing background by facilitating a B2B client consultancy that advises clients on social media marketing engagement strategies. The B2C division works with individual business owners to build out their media content strategy to market their products and services with meaning, while the D2C division works to sell Das’s products to her go-getters via social media. Finally, Das Media will be building an original content division to fuel its growth as a standalone media platform, relying on branded content sponsorships and partnerships. In the past year, Das has hired and manages more than fifteen global freelance team members to partner with her on graphic design, social media marketing, and business development initiatives.

As her brand expands, Das says that her personal journey as a “go-getter” moves with it. She’s learned to use each milestone and road bump as a way to inform her audience even more. In fact, Das says she enjoys the spontaneity that comes with her interactive marketing model and that keeping this sort of flexibility makes the brand feel more real, allowing her to share the motivation her listeners need to achieve their goals and bounce back from any obstacles.

“It’s as simple as taking action to get the goal you have,” she says. “I’m helping my audience tackle motivation and all the issues that prevent us from being ‘go-getters’ so that we can be anything we aspire to be.”