The legal implications of a multinational joint venture are daunting, to say the least. But Royce Warrick has a team, and a company, that allows ethics and compliance to be their North Star—which enables everything to work everywhere they work.

When Solenis, a global producer of specialty chemicals for water-intensive industries, announced its plans to enter a joint venture with BASF, the pending union of forces was a clear win for both companies. It would provide enhanced offerings of complementary products to customers of both companies. 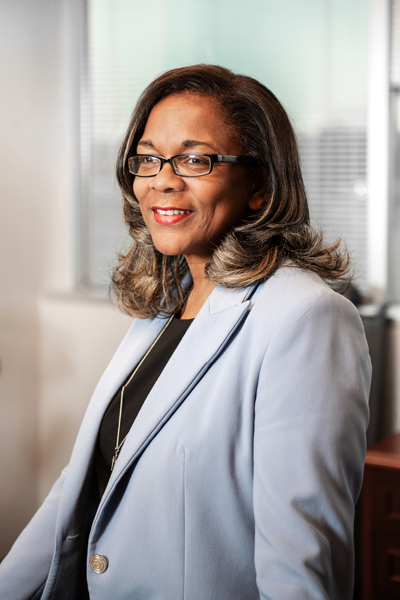 But as anyone who has gone through such corporate unions knows, even just the pro forma legal requirements are significant. Add in how these are competitors in highly regulated industries, working in scores of countries, and the complexity of the deal multiplies. Royce Warrick, senior vice president and general counsel for the Delaware-based Solenis, could probably write a book about what it took to pull this joint venture off. But if she did, the theme would be about her team of ten legal professionals, and more broadly about the company’s culture of ethics and compliance.

“Ethics and compliance are ‘table stakes,’” she says, meaning that they are must-haves in all business conducted by the company.

But while that may sound familiar (how many companies don’t at least give lip service to being ethical?), the Solenis-BASF joint venture itself shows how to thread the needle on being competitive (the point of the JV) even while adhering to fairness practices in commercial transactions. More specifically, they figured out ways to ensure a smooth and productive transition for the combined entity, one where not a day would be lost to disruption.

Taking a highly unusual approach—which, Warrick acknowledges, carried risk—the two companies figured out ways for their IT functions to merge in advance of the closing of the deal. She explains that this enabled a seamless transition to customer ordering and service from day one for the combined venture. But so much had to be kept confidential from each side of the transaction, lest either or both be accused of collusion. They had to ensure that no bad actors could use customer data and knowledge in unethical, non-compliant, or illegal ways.

So how did they pull it off?

It’s evident this is a company that values ethics and compliance from A to Z. It’s embedded in the official company core values—integrity, respect, and accountability—but it’s about more than words. “We walk the talk, and it starts at the top,” says Warrick. “It’s about consistent actions and statements.” Put another way, she describes it as “being intentional about what we do and do not do. We make clear our expectations, and that includes hard lines not to cross—even if the competition does.” The folks in IT had a clear picture of what was allowed and what was verboten.

The multinational nature of business at both companies, Solenis and BASF, make this ethos of ethics even more challenging. Lawyers in the US are well versed in the Foreign Corrupt Practices Act, which basically requires, adhering to accounting transparency and anti-bribery laws while doing business outside of the country. That’s not always easy, and there likely are many infractions that go unseen. “There are gray areas,” says Warrick. “But we have one standard.”

The approach that Warrick, her team, and the company at large take is in a formalized structure they call the Ethics and Compliance Program. It is composed of three overarching initiatives: train employees as needed and on an ongoing basis; conduct an “Ethics and Compliance Week” as a means to raise awareness on an annual basis; and orchestrate a compliance-focused team of “ethics ambassadors,” people in various departments of the company who serve as both advisors and feedback gatherers.

“The job of the ethics ambassadors is to raise concerns before they get hot,” she says. “We’re not interested in being front page news. We want our people to be proud of what we do.” Their work is supported by a dedicated app and the company intranet.

During Ethics and Compliance Week, a video is released to company employees that features key executives discussing what is expected of people throughout the enterprise. Among the key messages is how everyone has a responsibility to produce results in their jobs, but at no time should those be achieved in ways that are inconsistent with their core ethical values.

It’s these relationships between ethics, regulatory compliance, the law in general, and business overall that drew Warrick to being a corporate attorney in the first place. She jokes it’s because she didn’t want to be a doctor, but in fact her post-law school career started with three years as a litigator. “But I liked the idea of being a business partner,” she says. Today in her role as general counsel she is the lawyer in the room—but one who thinks like a customer.

“Law needs to be part of strategic development,” she says. “There’s always a need to factor in legal ramifications. Then it’s my job to craft solutions.”

“Royce’s commitment to the highest ethical standards and her skill at finding insightful solutions to complicated challenges make her a superb lawyer and counselor,” says Michael Diz, a partner at Debevoise & Plimpton. “She raises the bar for everyone. We are proud she is our colleague and friend.”

For lawyers entering the profession, Warrick advises that they follow their passion, whatever that may be. “Be authentic, stay curious, and be willing to engage. If you want to work in business law, get a foundation in finance because you need to understand the impact on profit and loss and how to read income statements. And read books—or listen to them on tape.”

She shares this same advice with teens and young adults in her church and community, including her own three children. “Work is really a long, hard part of life,” she says. “Find the environment that works for you.”

Given how the Solenis-BASF joint venture includes a robust team of legal professionals in Europe, Asia, South America, and in the United States—serving customers in many countries—it seems Warrick’s environment has few limits.

The Art and Science of Change

The Advantage of Failing