Rob Daugherty details how he and his team led the transformation of American Airlines’ post-merger talent acquisition department from the ground up, up, and into the sky 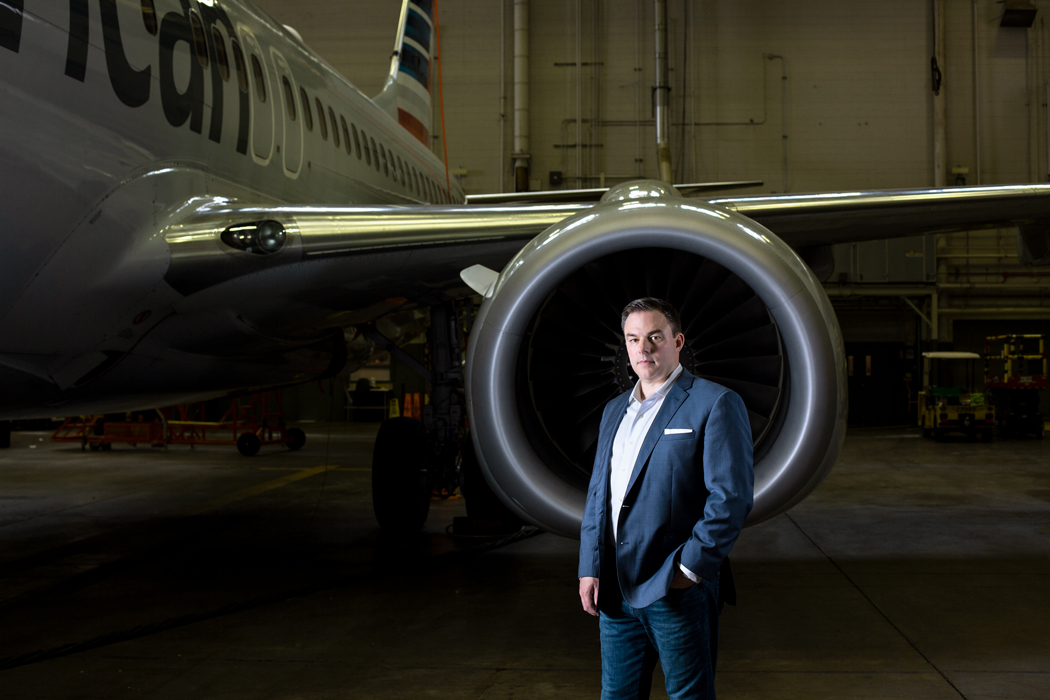 The 2013 merger between American Airlines and US Airways formed the largest airline in the world, and it would ultimately fly the combined company to the first fifth of the Fortune 500. But, at the time of the merger, director of global talent acquisition Rob Daugherty says, “Not only was it taking too long to fill positions; we literally did not even know how many job openings we had.”

“We didn’t even have the most basic of metrics at the time, let alone any of the more strategic analytics,” Daugherty adds. “We didn’t have the basics. It’s like Maslow’s hierarchy. We didn’t have food, water, or shelter.”

In his time since with American, Daugherty has helped rebuild the talent acquisition department from the ground up and go through a complete transformation, and he has seen his team move from addressing very tactical items to developing enduring initiatives that have helped the airline rank as one of the best hiring organizations at large.

Being brought aboard during a high-profile merger and amid a time when processes needed to be reworked doesn’t seem like it would be at the top of anyone’s list, but Daugherty says he wouldn’t have had it any other way. “I’ve always been attracted to roles where the organization needs to be built from scratch—or when things are broken and someone needs to come in and tear down and rebuild,” Daugherty says. “I think a lot of that just goes back to how I’m wired: For some odd reason, I enjoy the chaos.”

There was plenty of chaos to go around in his early days. Time-to-fill metrics were at sixty-nine days, and that was for positions the newly merged company could be sure it actually had. Other times, it was hard to tell. “We had two of everything: two different delivery models and two different applicant-tracking systems,” Daugherty says. “We had different processes, and none of them were built to scale for the type of hiring we had to do.”

Daugherty says the best his team could do in the meantime was go into triage mode and just address the most broken parts first. “In a perfect world, you could just stop and say, ‘We’re going to take the next eighteen months to fix this,’ but that was not the case here,” Daugherty says. “You basically have to change tires on your car while it’s going seventy down the highway.”

Daugherty flew to Chicago to pick a mentor’s brain regarding how to address the multitude of the issues his organization was facing. They began building a business case for what needed to be done to rebuild the organization. From there, they did a complete organizational redesign and started the transformation. They implemented a talent advisor model, redesigned all their processes, and implemented a new technology stack.

“One of the benefits of coming from the outside was I didn’t have ties to the American Airlines way or the US Airways way,” Daugherty says. “The guiding principle was to forget about how we’ve done things in the past and focus on making sure we build everything the right way.”

Professional hiring was addressed first, then American’s college programs, and then frontline and contingent labor processes. With the guidance from Deloitte, American Airlines’ people department implemented nearly the entire SAP SuccessFactors suite, the largest implementation the software company had ever done. Building the business case for such an extensive financial investment was integral to what Daugherty says has been a huge success for the talent acquisition team and for HR.

“Our people department did a great job of showing the value and need to invest in our HR technology,” he says. “It was a massive project and one of the most rewarding I’ve been a part of in my career. We saw people step up and take leadership roles; there was a lot of cross-functional collaboration, and it required us to think differently about all of our HR processes as we moved to the cloud.”

And, he adds, utilizing the right tech to support American’s processes wound up providing some key solutions for improving the candidate experience and making sure that talent advisors had the right tools. “My team didn’t have the resources we needed to be successful, and we needed to change that.”

Daugherty’s partners at Deloitte agree. “What American Airlines has accomplished is a first for the industry and HR community in scale and complexity,” says Deloitte Consulting principal Bob Park. “The future of work is driven by enablers such as SAP SuccessFactors to provide new candidate experiences.

Improving candidate experience was an area of great focus for Daugherty and the American Airlines team. “Customer experience is something I’m very passionate about, and every one of our candidates is either a customer or potential customer,” Daugherty says. “While a very small percentage of our candidates will ever be hired, we need to make sure that we are honest, prompt, and treating all candidates with dignity.”

There were dire needs to be addressed for those already employed by American, too. “Being a statistics and finance major, coming to a talent acquisition organization that had no metrics was both stressful as well as promising from the perspective of getting to go build this the right way,” Daugherty says. Early baselines needed to be set in two basic categories: hiring manager satisfaction and new hire satisfaction.

“The survey numbers were absolutely the lowest satisfaction survey numbers I’ve ever seen in a company,” Daugherty says frankly. “But we hadn’t hired for years, and we didn’t have the structure, processes, or technology to support the business and the sudden hiring. We weren’t adding a whole lot of value and, in most cases, we were more of a roadblock.” Recruiters weren’t being utilized and were feeling stifled and frustrated. New hire satisfaction numbers—traditionally high, if only so as not to start rocking the boat with a new employer—were under 50 percent. Hiring manager satisfaction scores were worse than that. New processes soon followed.

As the talent acquisition transformation continued, Daugherty entered American in the Talent Board-sponsored Candidate Experience Awards. Surprising no one, the talent acquisition team didn’t bring home the award in 2015. It was a different experience in 2016, though. And 2017. And 2018. For all three years, American was recognized as having one of the most positive candidate experiences in business. And it intends to bring home the award again.

“Time-to-fill times are down almost thirty days, which helps ensure we have the right talent, at the right time, to run our operation and take care of our customers,” Daugherty says. “New hire and hiring manager satisfaction scores have both shot through the roof. We have a lot of work to do still, but we’re on the right track and adding value now.”

Daugherty says that despite his propensity for loving the hot seat, he now has the chance to start addressing strategic initiatives that will leave a big mark on the future of American’s hiring. The company is also currently working on a large employer brand project to, in Daugherty’s words, “tell people what it’s really like to work at American Airlines and why they should choose us over other companies.” Internal engagement will be a large component of the project.

Diversity is an area in which American has always been well ahead of the curve, Daugherty adds. “We are recognized as one of the most diverse and inclusive companies across the spectrum—from veterans to gender to ethnicity to sexual orientation,” he says. “However, we know there are many more opportunities for us to really focus and leverage our incredible diversity from a recruiting perspective.”

To this end, American has several diversity initiatives in the pipeline that Daugherty believes will help the company attract and retain the best talent.

While the chaos may have died down, Daugherty says, the satisfaction of leading American’s talent acquisition overhaul is what keeps him thriving in his role. “That ability to come in and make an impact on an organization with the size and history of American Airlines is truly an honor,” he says. “I’m so excited and looking forward to continuing to push us toward being a world-class talent acquisition organization. Most importantly, I know we have the right team to get it all done.”

As an innovative, compassionate HR leader, Allegis Global Solutions congratulates Rob Daugherty and American Airlines on the well-deserved recognition of their efforts. Sharing a vision of strategic partnership, we are proud to continue working with Rob and team to match top talent with an exceptional organization.

The Laws of Attraction (and Retention)

Susan N. Eckert Doubles Down on Culture at Parx Casino