It was a credit card breach that first brought Josh Siddon to Fred’s, Inc. It was the potential for technological transformation that made him want to stay.

Josh Siddon is known in the IT industry as a transformational leader, but he’ll be the first to tell you that he didn’t set out to transform his teams so much as the teams themselves demanded to be transformed.

“It’s just dumb luck,” he says with a laugh. “Every job I’ve had in the last fifteen years, I’ve fallen into teams that were in disarray in one way or another. Maybe they were behind on technology, couldn’t pass audits, or didn’t have the right talent, but I came in and cleaned them up.”

Now, having worked as everything from a PC technician to a department director, he welcomes the challenge. The twenty-year IT veteran is currently lending his transformational touch to Fred’s Inc., the $1.3 billion Memphis-based company behind six hundred general merchandise and pharmacy stores. There, Siddon serves as the senior vice president of information technology, a position that finds him overseeing the IT services for Fred’s corporate headquarters and all of its retail sites. 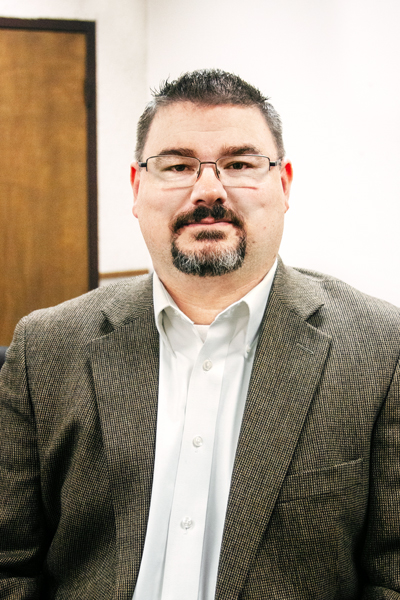 As he always has throughout his career, Siddon has rapidly climbed the ranks in his three years at Fred’s. Siddon came to the company in the midst of a security incident in 2015, and a look at the organization’s inner workings made him want to stay. Siddon saw opportunities in the organization’s approach to IT, as well as a place for him to step in and offer “a swift kick in the rear” to the areas in need of improvement. When they asked him to join the company as the director of technical services, he took it, despite the position being a step down for him.

“There was such an opportunity to learn,” he says, noting that he also welcomed the challenge of shifting from a PCI focus to a security one. “There’s more to it than just the security piece that a lot of people just don’t understand. Working with attorneys, working with the banks, working with actual customers—I had just never been a part of it, and I knew it was going to grow me even more.”

As he envisioned his own personal growth, he did the same for Fred’s. “I want to grow this,” he told management during his early meetings. “Let me make this team awesome.”

“I want to grow the team”

He’s doing it, too, having immediately demonstrated his transparent, team-focused leadership style by breaking down the silos surrounding the IT department’s different arms and empowering the teams to foster a culture of collaboration.

Since then, he’s instituted an open-door policy and encouraged his team to provide alternate solutions. When security measures change by the day, he says, it’s good to keep an open mind. “These guys are working on this gear day in and day out, and my advice may be old, outdated, or no longer used anymore,” he says.

He also developed short-term and long-term strategies for not just Fred’s security arm but also  IT overall. Currently, he’s shepherding the company off of its legacy technology to a cutting-edge, cloud-based system. “It’s going to completely revolutionize the business,” he says, noting that he and his team are on the fifth month of what he hopes to be a sixteen-month project. It’s a massive endeavor that entails upgrading each individual network for Fred’s six hundred locations, many of which will see their bandwidth quadruple.

Real transformation always comes from within, after all.

Siddon’s greatest achievement at Fred’s, however, may be in demonstrating to leadership how IT is as much a business partner as it is a department. One point of pride has been reinforcing how important it is to continue to invest in security and to always stay on top of the latest trends and solutions.

Part of that process is in Siddon cementing himself into the company’s grander culture, where he can assert his value to the actual business. He routinely meets with different departments, takes their feedback, and returns with solutions that not only make their jobs easier but reduce costs. “That’s what it’s all about, developing tools and helping the business make money,” he says.

Being in the thick of it with his team is what Siddon considers most satisfying about his work. By opening a dialogue and breaking down the walls within IT and outside of it, he’s built a team around him, not under him. Real transformation always comes from within, after all.

HughesON is a suite of managed services provided to Enterprise Customers around the world. With more than 35 years of experience, Hughes is well prepared to offload the management of your network services and solutions. Hughes also offers Digital Signage and Employee Training and Communication solutions.

Shoring Up Collaboration and Bringing Down Complexity