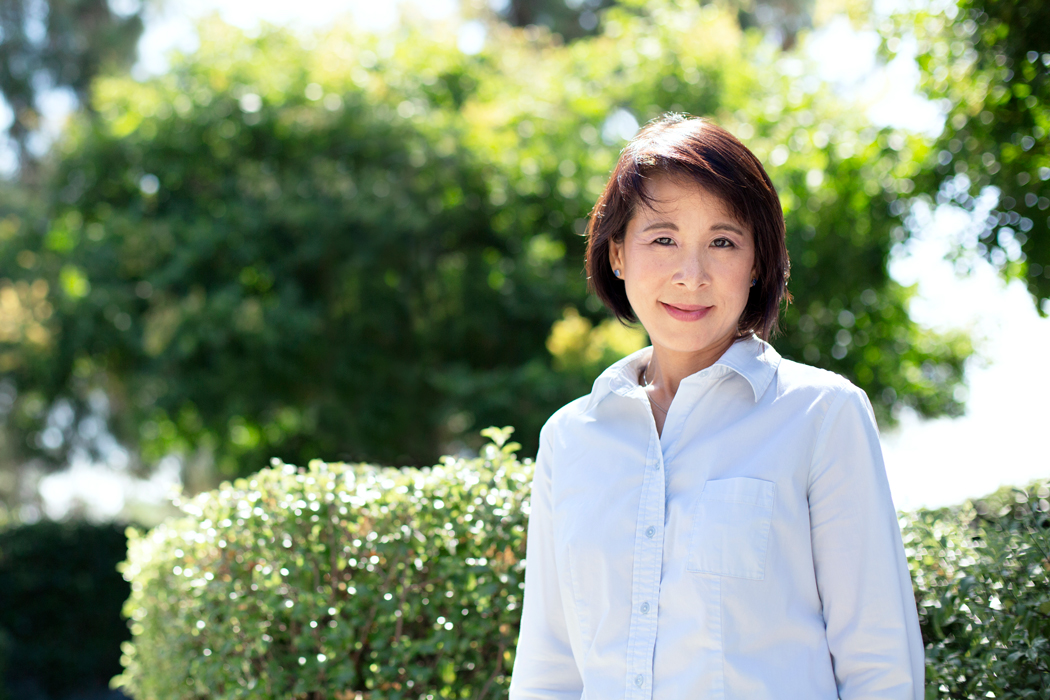 Based on the time it takes for the earth to rotate within a given time period, several centuries of human convention, and the inability for individuals to stay awake for more than a dozen or so hours without operating a severe handicap, the twenty-four-hour day is, at least for now, a given. And Esther Fan is using those twenty-four hours to the fullest.

Between her role as associate general counsel at Oracle and her pro bono work, there simply are not enough hours in the day to account for her passions: civil rights, women’s rights, victim’s rights, anti-human trafficking, children with disabilities, the homeless, and any other population who Fan says hasn’t had the same opportunities she’s had in the United States since emigrating from Taiwan at the age of twelve. When asked just how Fan is able to squeeze so much into any given day, she responds without a hint of laughter or jest. “The reality is I sleep very little, so I can get a lot done.”

Fan became the head of supply chain legal at Oracle in 2017. She says that Oracle has been a truly embracing institution, including letting her expand her team globally. “Not only do we have a fantastic team covering the globe, we leverage QuisLex as part of our team seamlessly helping us with many necessary but less complex legal tasks,” she says. “Together, we support our clients worldwide extremely effectively and efficiently.”

“Companies leverage QuisLex to efficiently complete legal work, driving tremendous savings but also freeing up the in-house legal team to focus on the most strategic projects,” says Chase D’Agostino, associate vice president of corporation solutions at QuisLex. “It gives us great satisfaction to support Oracle and Esther’s organization over the past ten years.”

Her trial lawyer experience and many years of knowledge gained from working at high-tech companies prepared Fan for her current role. “It helped me put things in perspective and in terms be more effective.”

In her day-to-day, Fan says she is privileged to be a member of Oracle Legal’s diversity and inclusion committee, meeting regularly to figure out how to make the multinational high-tech company an even more representative company for both its employees and customers. “Oracle is a great place to grow one’s career, and we want to make sure that everyone feels welcome to come here,” Fan says. Oracle has continued widening its diversity and inclusion initiatives, placing more focus on including all voices.

At the end of the workday, Fan’s day has, more or less, just started anew. As a temporary judge in Santa Clara County Superior Court, Fan presides over traffic and small claims courts. From speeding tickets to “your apple tree dropped apples over my fence and I want the apple”-level disputes, Fan has been granted the power to settle the dispute, and she does it on a purely voluntary basis.

Many Bay Area high schools require students to take a living skills class that includes a module on social media and the law. The module is part of a program called Dignity in the Digital Age, which teaches the potentially harmful and life-altering effects of social media.

“We share with high school students how posting is a double-edged sword with many unintended consequences,” Fan says. “Don’t be a bystander; be more conscious and conscientious of what you post.” Fan says that every time she presents, she is pleased at the students’ response and reconsideration of their own behavior.

Fan says she cares deeply about children of all ages and works to be an advocate for young people with special needs. The lawyer believes that despite students’ learning disabilities, every student can learn provided there is appropriate support in place. She works to help parents communicate their children’s needs to school districts and provide support for families that often feel like they have no outside help.

Helping people who seem to have no one else to turn to is Fan’s calling. She volunteers at Justice At Last, the only nonprofit law firm in the Bay Area exclusively serving the legal needs of survivors of human trafficking. The free legal service includes helping vacate the legal record of victims who might otherwise have to admit to criminal charges when applying for jobs.

“They have had such a hard life already. This is a way to help them with starting over,” Fan says. She believes the organization is incredibly important because it serves victims on their own terms, and only when they are truly ready to move forward. As Fan puts it succinctly: “If you need help, we are here to help.”

She realizes that not everyone has the time to commit to pro bono work on a regular basis, but that the everyday acts of kindness are what help define our humanity. “You don’t need to take two hours every week to go do volunteer work, but if you see someone who needs help, give them the five minutes you have,” Fan says.

Fan found time to raise two children, both of whom have followed in her footsteps of volunteerism. “They serve regularly through church and go on mission trips to help the less fortunate,” Fan relays. “It is very important to my husband and me that they become kind and considerate souls to lend a helping hand whenever and wherever.”

An immigrant who felt very privileged to practice law has spent decades giving back is able to rest for a minute or two, knowing that two more lives are dedicated to help the less fortunate.