Edward Kayton brings a flock of HR initiatives to Spirit Airlines, focusing on helping individuals be their best selves so they can in turn help the organization

“Technology has become paramount to a lot of things,” says Spirit Airlines’ Edward Kayton. “When you think of things like automation and predictive analytics—focusing people on less administrative tasks and more thinking tasks—you get a better use of human intellect, enhanced by technology.”

As senior director of HR and talent development since August 2015, Kayton makes no bones about the importance of understanding what drives engagement, and how technology enhances it. With HR leadership experience from recognizable names such as FAO Schwartz and Ann Taylor, he is perpetually intrigued by the evolution of emotional and psychological connections one makes to one’s workforce.

At Spirit, he implemented the use of both iCIMS (tracking software) and SparkHire (video interviewing software) as part of an effort to improve talent acquisition. “Technology with automation, analytics, and predictive analytics takes away some of the administrative burden,” Kayton says, “but it also engages individuals differently, which is why the focus is on engagement as well.” 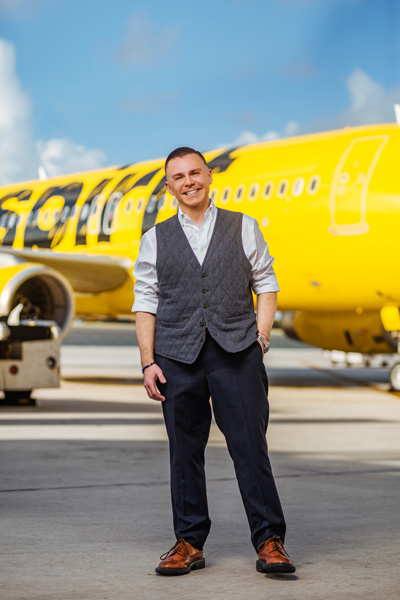 At Spirit Airlines, which has steadily expanded service since 2014 and now flies to nearly seventy destinations across the United States, Central and South America, and the Caribbean, Kayton has a team of six direct reports. One of those positions is an engagement driver; another focuses on learning and development, and with good reason: it’s a part of Spirit’s culture, strong enough to warrant Kayton’s creation of a “Learn-Atarium” as an e-learning option for employees. To date, over four thousand Spirit employees have taken advantage of the opportunity.

“You learn in different ways as an adult,” Kayton says. “You learn side-by-side, you learn through mentorship, through experience. But you need to hone and refine the skill sets, so there’s still a formal education/continuing education concept.”

Continuing education is part of Kayton’s overall HR philosophy, which he likens to the directions given when oxygen masks are used in an airplane emergency. Just as passengers are supposed to get their own masks on first before helping others, he feels it’s crucial to focus on the needs of the individual first, then their department, and then the larger organization. “We ask ‘What’s important to you? What interests you? What engages you? What creates value for you? Do you know what you stand for, and who you are as an individual?” he says. “Then we couple it with an adult learning model where education, experience, and exposure become obvious drivers of growth.”

Sometimes the opportunities for employee growth are unplanned—such as when Hurricane Irma blew through southern Florida (where Spirit is headquartered) and Puerto Rico in 2017, damaging two general managers’ homes, among countless others. Habitat for Humanity, an international nonprofit Spirit has partnered with for years, suddenly became a new kind of resource. “Our efforts are about giving back in a time of need, and relying on your own resources, and contributing to the community, but really focusing on our people first,” Kayton explains. “If we have that kind of citizenship outwardly, shouldn’t we have that citizenship inwardly?”

During holiday season 2017, twenty Spirit employees flew to Puerto Rico to help repair damaged homes of other team members. Despite the hot and humid conditions of the location—to which power had still not been restored at the time—the reports Kayton received were overwhelmingly positive. “I had people telling me it was the most important thing they’d done all year; that they really felt like they gave something back,” he says. “That is engagement. I can’t educate employees for that. I can’t hire for that. It comes organically.”

Meanwhile, Kayton’s efforts with military veterans are becoming a regular part of above-and-beyond treatment. Most noteworthy is Spirit’s Honor Flight Initiatives, which flies veterans to Washington, DC, to visit the monuments of their choice. In fact, Spirit has been named the official airline for the South Florida Honor Flight Organization starting in 2019. “We employ a number of veterans, as our recruiting organization is focused on bringing vets back to the regular civilian workforce,” Kayton notes. “These honor flights are really a tribute to this segment of the population.” 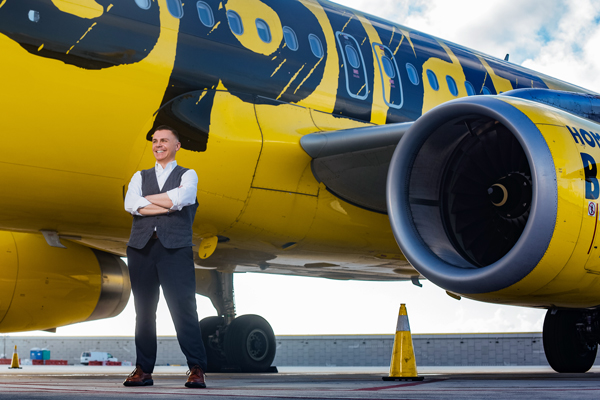 Yet another recently established initiative with Kayton’s imprint is the Spirit Airlines Charitable Foundation. In its first year of existence, over $360,000 has been raised and then donated—both in funds and in flights—to a number of worthy charities, including The Matthew Shepard Foundation. Spirit’s support of the Foundation, which focuses on LGBT education and tolerance, also serves as a nod to the company’s diversity and inclusion efforts. Kayton, who sees diversity as something that transcends the traditional concepts of gender, race, and sexual identity, was nonetheless careful to “do research from a lot of different perspectives” in an effort to find out the ramifications of something such as celebrating LGBT pride.

That’s when he and his team made the discovery that Disney—one of the most progressive companies in the world —was a prominent supporter of the LGBT community and had been for many years. “So the concept of a family unit looking different, and the fact that an organization like Disney—which is all about children and families—embraces it, was really helpful,” he says.

As crucial as technology is to talent development, Kayton sees the emerging diversity campaign at Spirit as a quintessential engagement driver, with his “oxygen-mask” theory of self care on full display. “The campaign is I am me, and I am Spirit, once again driving the point home that whoever you are, whatever your choices/preferences/DNA, it is celebrated and welcomed,” he says. “That is diversification, and that is the spirit of the organization.”

Propping Up Innovation at VARIDESK