Going to the average convenience store can sometimes feel, well, rather inconvenient. The area between the fuel pumps and the parking lot can be tight and difficult to navigate with a car, the snack selection is usually limited and the coffee less than stellar, and too often, the employees aren’t able to answer questions. 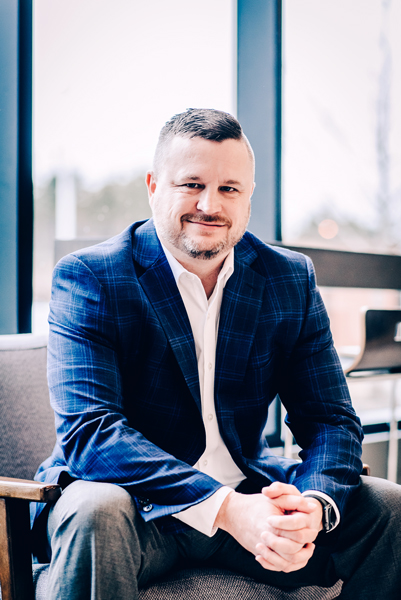 Tri Star Energy saw an opportunity to upgrade the experience in the Mid-South, with a brand of convenience stores called Twice Daily. And senior vice president of facilities Charlton Bell has been instrumental in expanding the stores across the region.

At Twice Daily, more capital is invested, Bell explains. “It’s more than a convenience store,” he says. There’s more space between the fuel pumps and parking lots, which allows for more mobility, and LED lights in each store are more environmentally friendly. Additionally, instead of just carrying typical c-store food, Twice Daily locations offer fresh fruits, salads, and grab ‘n’ go sandwiches. Guests can even customize their fountain drinks, and if they need a coffee fix, Twice Daily has added a new specialty coffee shop at nine locations.  “We have White Bison Coffee,” Bell says. “We’re excited because that’s rare in our industry.”

In 2011, when Bell began working for Tri Star, there were three Twice Daily locations. Now, there are fifty-five, and the current goal is to expand to one hundred. Bell’s leadership has been instrumental to the expansion, though if you’d asked him about it during his initial job interview, he might not have imagined so. The meeting had to be delayed a week because Bell had torn his Achilles tendon playing rec league basketball. Days later, postsurgery, he came in on crutches.

“I thought I had blown it,” he says. Thankfully for both Bell and Tri Star Energy, that wasn’t the case.

Part of Bell and Tri Star’s success with the Twice Daily brand has involved the smart choices they’ve made when picking locations. Each new store is positioned so that it’s easy to pull in and out. At the same time, another big factor has been Tri Star’s hard work to hire the right people for each store and train them well. “Our goal is to serve the community,” Bell says, adding that he hears often about “the friendly faces at the stores” from both his friends and family.

One of the biggest challenges of getting the stores built is obtaining the permits. There are a lot of regulations that Tri Star Energy must follow, which can vary from city to city, Bell says, and it can sometimes take up to a year to finalize the permits before construction can begin.

Handling all this can be difficult, which is why Bell surrounds himself with a great team at work and a supportive family at home. He begins his day with his family. He and his wife of fifteen years, Tonja, get up and get their four children ready for school. Bell says he’s been blessed to be married to her. “She’s the CEO of our home,” he says. 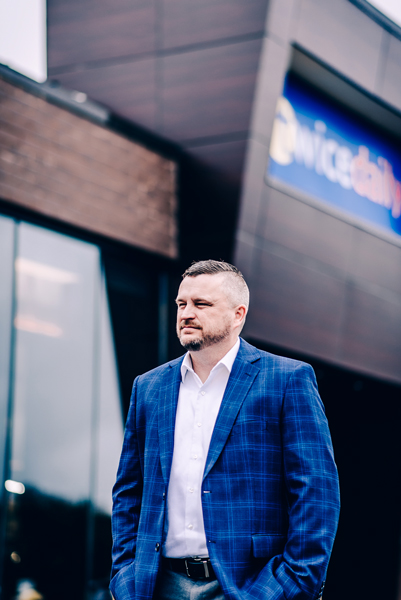 Then Bell commutes to Nashville. While driving to the office, he’ll use his Bluetooth to catch up on calls and begin organizing for the day. After he arrives, he’ll have a few meetings and check in on various projects.

His favorite days involve visiting store sites and checking in with contractors. Then he’ll leave for the day to go coach youth sports. He leads tackle football, basketball, and flag football teams, and the seasons are all back to back. His mother and late father were elementary school teachers, and his father coached youth sports, too. Bell’s been involved in athletics since he was a young child. In fact, he wanted to be a professional athlete when he was a kid, but he ran into trouble, he says, because he’s only five feet ten inches tall.

He sees a significant amount of overlap, though, between his success in business and his coaching of youth sports. Both require the ability to have difficult conversations and explain things to others. “Take notes, be organized,” Bell advises, and he recommends using bullet points. “Stick to facts, and be ready to discuss it.”

Balancing work and a personal life can be tough, but Bell says he’s able to do it at Tri Star with CEO Steven Hostetter leading the company. “I wouldn’t have my job without him,” Bell says. And as long as he’s there, the Twice Daily and White Bison Coffee brands are sure to continue to grow.