At United Airlines, Mike Henning has found a home he loves for its emphasis on travel, diversity and inclusion, and pro bono work 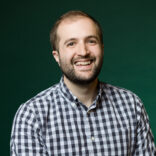 No matter where he lives, Mike Henning always has the same home. As of the end of July, he’s been in Chicago for less than a year, living in the city’s booming West Loop neighborhood. Before that, he was in Houston for eighteen years, first as an attorney handling commercial and intellectual property (IP) litigation matters at Akin Gump Strauss Hauer & Feld LLP, and then as litigation and regulatory counsel for Continental Airlines. After Continental Airlines merged with United Airlines in 2010, Henning served in various litigation and IP roles, and he eventually became the assistant general counsel of litigation and IP for United Airlines in February 2017.

A promotion to head of litigation and IP eventually brought him to United’s Corporate Support Center in the Windy City in April 2018. However, because several of his team members are still based in Houston, he often finds himself hopping back and forth between the two cities.

Despite being in a period of drastic geographical transition, Henning feels grounded. He feels at home, largely because he and United Airlines are such a strong match.

“My experience with commercial and IP litigation, as well as my love of traveling, has been a really good fit,” Henning says. “I’ve been to all fifty states, and I think fifty-six countries. I still have Antarctica to go.”

When he’s in Chicago or Houston, Henning makes it a point to hold one-on-one meetings with direct reports twice a month and conducts meetings once a month with his entire IP and litigation team—currently made up of eleven people. These sessions may consist of workload assessments, advice on both ends, or simply checking in with each other.

“We have a great company culture, and I really work hard to maintain that,” Henning says. “And that’s not just lip service. We don’t just come into work and do our jobs. We get to know one another and consider one another great friends.”

Part of why Henning loves the culture at United Airlines comes from the high value the company places on both diversity and pro bono work. He currently co-chairs the Texas Minority Counsel program, which hosts a diversity conference every year in Texas. This year’s conference will take place in Houston from October 17 to 19.

“It’s well-attended and provides attorneys with great networking opportunities,” he says. “What we do here at United is send two attorneys every year to the conference to interview diverse counsel, with a focus on women- and minority-owned firms. It’s one of the best conferences I’ve attended, and I feel very fortunate to be a part of it.”

On the pro bono end, Henning says United has a pro bono committee, which he chaired back in 2009.  “Since that time, our participation has steadily increased,” he says. “The various issues are vetted through the committee, but it ranges from civil asset forfeiture work to asylum cases to doing tax preparation for low-income individuals.”

Henning’s efforts in pro bono have also caught the attention of his peers, who share his inspiration for giving back.

“Kirkland and United share a commitment to diversity and passion for pro bono work,” says Linda K. Myers, P.C., partner, at Kirkland & Ellis LLP. “It is gratifying to partner with Mike and United on their legal matters, as well as meaningful social responsibility initiatives that make a difference.”

As of late, Henning has partnered with the Cabrini Green Legal Aid (CGLA). Although CGLA’s name comes from the storied, mostly demolished public housing project, the nonprofit organization assists low-income Chicagoans from any neighborhood with free legal advice and representation. Its four areas of law are family, housing, criminal defense, and the clearing of criminal records. In June, Henning had a successful hearing on a civil asset forfeiture case. Having become licensed in Illinois in November 2017, he’s now looking for more pro bono opportunities.

But he isn’t the only one. In the legal department, United Airlines logged nearly 1,800 hours of pro bono work in 2017, with a 72 percent participation rate.

“We each are tasked with volunteering the amount of time that we want to do,” he says. “And you can do that work during business hours.”

In addition to being morally important and beneficial to society at large, pro bono work also makes for better counsel, according to Henning.

“It makes the day interesting,” he says. “It gives us opportunities to interact with clients in situations we may not normally get to participate in. It also gives us trial experience. We want to make sure that our skills stay sharp. We want to be able to formulate strategies for everything, from the smallest case to the biggest case we have.”

Henning and his team view all of their cases—pro bono, United Airlines, or otherwise—through the lens of what he refers to as “360 litigation.” The concept is to see a case through from its earliest stages, far in advance of a lawsuit being filed, to well past its formal conclusion, Henning explains.

“Once the litigation is over, we’ll set up lessons-learned meetings with the various business stakeholders to go over what happened in the case, as well recommendations going forward, so that we don’t see those claims arise again,” Henning says, referring specifically to United Airlines cases as an example. “It’s full-circle. We don’t just come in when a case is filed and go away when a case is dismissed. We partner with our stakeholders throughout the life of a matter to make sure that the company’s interests are protected.”

At United Airlines, Henning looks forward to protecting those interests for years to come. After all, it’s important to protect your home.

Venturing Outside the Comfort Zone