The United States has a long history of isolating the finance and delivery of dental care in the healthcare sector, but Marko Vujicic is bridging the gap. As chief economist and vice president of the American Dental Association’s Health Policy Institute (HPI), Vujicic conducts large-scale multidisciplinary research initiatives and presents crucial findings to policymakers.

A shift to proactive research

When Vujicic joined HPI in 2011, he initiated a shift from retroactive to proactive data and research. That change in focus evolved the organization beyond describing historical data to anticipating trends in key areas of dental care reform: access, utilization, education, and the workforce. “We really are a future-focused think tank for dental care policy,” Vujicic says. “My role distills complicated, nuanced research into important messages for policymakers, and my team has put a lot of effort into making our research accessible and actionable.”

The HPI team recently produced one-page summaries of each state’s level of dental care access, the result of two years spent combing through new data sources and developing innovative analytics. Vujicic is sharing the results in the field with state legislatures, which highlights how he’s generating valuable evidence for health policy. He’s been working with Medicaid agencies and the US Department of Health in two states—Virginia and Missouri—on much more in-depth analysis.

“It’s important to invest in data analysis, because there often isn’t a universal solution to health policy challenges,” he says. “Cost is the big issue adults face in accessing dental care for a vast majority of states nationwide, but there’s a lot of variation in the barriers to dental care. Oftentimes, conventional wisdom is wrong when you start looking at the actual state-by-state data.”

His data strategy identifies the important questions first before choosing datasets to pursue for answers. That methodology avoids the common economist trap of increasingly novel analysis of less interesting questions, says Vujicic, who earned a bachelor’s degree in finance from McGill University and a doctorate degree in health economics from the University of British Columbia.

Efficiency is key to Vujicic’s data philosophy, which he has fine-tuned over the course of his career. He began at the World Health Organization in Switzerland and then joined the World Bank in Washington, DC, as a senior economist. He helped the Ministry of Health recruit nurses in rural Liberia and led research to design policies that improve access to health services.

“It was humbling to see the level of poverty,” Vujicic says. “And it was tremendously rewarding to be able to contribute to rebuilding a postwar country.” Case studies of how fiscal policy in developing countries impacts the health workforce in the public sector appear in a book he co-authored, Working in Health.

Now, he’s building the most comprehensive data on the dental care system in the United States, and his team is tracking three major changes. The first trend is the shift from volume to value in the healthcare sector, which Vujicic describes as “a slow and steady train starting to come to dentistry.” The second trend is the shift toward interprofessional education and practice among healthcare providers.

“There’s an exciting opportunity for dentists to rethink how they interact with other healthcare professionals,” Vujicic says.

Dental care use patterns are changing 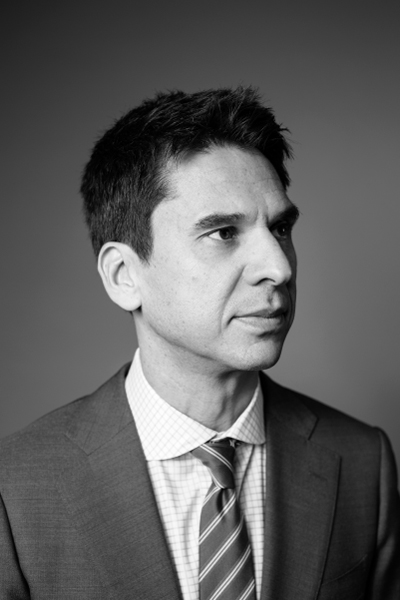 The third major trend, Vujicic says, is shifting dental care use patterns. “We’ve uncovered important changes that are going to have big implications,” he says. “We’re seeing the declining trend of young adults likely to visit a dentist. We’re seeing the baby boomer population aging into retirement, but Medicare currently does not cover dental care services.”

Yet Vujicic considers the development of his team as his most notable accomplishment. In addition to streamlining the primary data collection and investing in secondary data sources, which are key to his efficiency philosophy, Vujicic spent time finding the right talent and creating an environment where they could thrive.

“We’re in the knowledge business. I recruited people who are not only disciplined analysts, but also have a high level of intrinsic curiosity,” Vujicic says. “We do a lot of unstructured playing around with the data, and that’s where the magic happens.”

As a result, Vujicic is in high demand as a speaker. He regularly presents his team’s analysis and his strategic insights to dental care industry executive leadership teams, as well as at leading health policy conferences.

“There is going to continue to be a lot of innovation because the current model is frankly failing too many Americans,” he says. “We’re creating opportunities to rethink how we pay for and deliver healthcare, especially dental care. I’m excited that we are helping lead the way.”

Off the Clock with Marko Vujicic

When Marko Vujicic isn’t presenting new research about dental care to federal or state policy makers, you can often find him on campus. He holds several university affiliate appointments, including at the Leonard Davis Institute of Health Economics at the University of Pennsylvania and the University of Chicago.

He also teaches a course each summer on health workforce policy at Harvard University. “Going way back to my days as a ski instructor, I realized that I love teaching,” Vujicic says. “Through my connections to the academic community, HPI has been able to build some very strong research partnerships.”

The Impact of Social Media on an In-House Legal Team

Dollar General’s Mission to Serve Others