Morton Salt has spent the last century growing into a giant—but in recent years, it was a sleeping giant, until Beata Kashani arrived in 2014. “People forgot who we were,” she says. And while a cylindrical can of its table salt may appear in almost every kitchen in the United States, the American food company—which emerged in Chicago in 1848—fell into a comfortable routine as its heritage carried it through the manufacturing slump of the twenty-first century.

“Employees have a lot of pride working for such an iconic brand,” says Kashani, head of global total rewards, HRIS, and payroll at Morton Salt. “We’ll never let go of that solid foundation, but no one was looking ahead at innovation.”

As the leading producer and marketer of salt in North America, Morton Salt has about three thousand employees and twenty production facilities across the United States, Canada, and the Bahamas. Its products not only involve the pantry staple, but also include pharmaceutical and farming industries, water conditioning, industrial, agricultural, and highway applications.

Yet that complacency eventually came at a cost. When Kashani announced her move to Morton Salt’s headquarters in the Windy City, she says the common response was: “They’re still in Chicago?” And that’s when Kashani also realized many customers—external consumers and internal employees—may feel the same way. The opportunity to transform the brand recognition of a true legacy company excited the HR leader, and Kashani was the changemaker to do so.

“Change management has been huge in the manufacturing and consumer packaged goods space because the margins are so small,” Kashani explains. “There’s pressure to produce more, faster, and at less cost. Leaders must tap more creative thinking to stay relevant.”

First, consider how Morton Salt has evolved in the digital age thanks to the modern HR function that Kashani has cultivated in nearly four years with the company. Internally, she overhauled the Total Rewards program by diving into vendor management for the first time in decades. She implemented an Amazon-type experience for employees to navigate benefits online and make educated choices. Her team is now looking at perks such as insurance for pets and identity theft, as well as parental leave and foster/adoption policies.

In addition to the decision-making tool, Kashani revamped the compensation program from profit sharing to an individual performance bonus system to distinguish talent and become market competitive. She also built out a performance management system essentially from scratch. As a result, her impact was recognized by HRO Today magazine with its 2017 HR Superstar Award, and she also earned a certification in the Future CHRO Leaderʼs Program governed by the Human Resource Management Association of Chicago. She is now participating in the Midwest Cornerstone Future CHRO Leadership program.

“I am a bold leader, and I do stand up for what is right,” Kashani says. “Leaders have to challenge the status quo. We couldn’t keep thinking in a traditional mind-set while adding to the employee value proposition and still making our shareholders happy.”

According to the United States Department of Agriculture, 30-40 percent of all food produced in America goes uneaten. To help address this and spread awareness of ways to prevent food waste, Morton Salt started a campaign named in reference to its iconic umbrella girl, called Walk Her Walk. CEO Christian Herrmann said in a release about the campaign that the company sees her as a symbol of drive and endurance, and wants her image to inspire people to take a first step to do good.

The Erase Food Waste initiative encourages people to learn about food waste and actively reduce it, by planning meals, following recipes designed to keep leftover ingredients to a minimum, and preserving food.

That boldness comes from her own history. Kashani was born to a mechanical engineer and a teacher during a particularly volatile political period in Poland. In the early 1980s, she watched her parents rise before dawn to stand in line for rationed food and clothes. Soon, her father rose as the community leader outspoken against the communist regime.

“My dad risked everything to stand up for what he felt was right,” Kashani says. “He was on the front line with hundreds of people behind him, and they were all risking their lives because at any point the communist police could come and drag them away.”

And they did. One morning when Kashani was six years old, a neighbor warned the family that authorities were on the way to arrest her father. Minutes later, about ten communist police armed with machine guns broke through the front door of their home and began turning over the furniture. They took her father away in handcuffs to an unknown location.

Months later, he rejoined the family, and within the year they immigrated to the United States. As refugees, they lived with a foster family for a few months while her parents got back on their feet with jobs cleaning houses and working in factories. Kashani recalls not knowing a word of English walking into her first grade class, and her family’s struggle empowered her own fearless approach to her career path.

After earning a bachelor’s degree in business management at Northern Illinois University, Kashani launched her career in employee relations at Hyatt Regency Hotel in Chicago before entering client services at Aon Consulting. Seven years later, she joined another multinational giant, Swiss investment bank UBS, as the associate director of HR, and she also worked for CPG giants Kraft Foods and Mondelēz International.

When the opportunity at Morton Salt surfaced in 2014, Kashani joined CEO Christian Herrmann to implement a new brand strategy that promised to mitigate the industry’s high workforce turnover—projected to be as much as 40 percent. Helping Morton’s workforce engage and excel is the core concept around which Kashani has built her new employee wellbeing initiative.

Within her first year, she unveiled a more holistic approach to wellness branded as “Dash,” which comprises five pillars: health, financial, social, work life, and community. Morton Salt works closely with Virgin Pulse to administer the program. “Morton Salt’s Dash program is a compelling example of how organizations are successfully incorporating health and wellbeing into their workplace cultures,” says Scott Robitaille, Virgin Pulse director of client success. “Virgin Pulse is proud and honored to partner with this talented team in changing employee lives for good.” 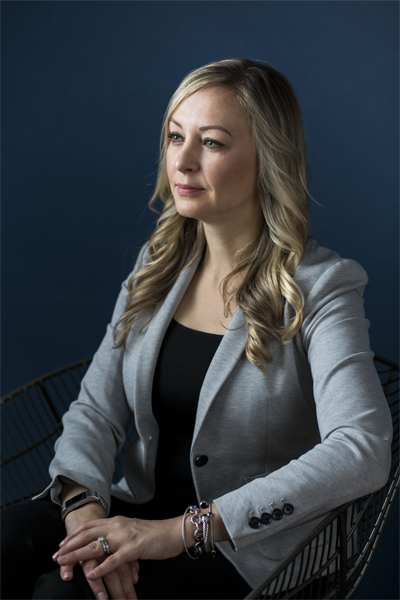 And that’s exactly what Kashani hopes they are doing. Just as companies have been expected to offer 401k plans, today’s workforce expects wellness programs as well, she explains. Yet she takes it one step further with individual customization. “What wellbeing means to one person is very different to another person,” she says.

A subsidiary of German mining company K+S, two-thirds of the Morton workforce are in production, with many spending their workdays 1,300 feet underground in mines. To reach different employee needs, Kashani facilitated the partnership with Virgin Pulse to deliver a savvy web platform to house Dash modules in an interface designed by behavioral health specialists. A network of companywide ambassadors for the wellness initiative and on-site town halls help position Morton to retain and attract talent.

For example, health modules feature biometrics, nutrition guides, grocery shopping lists, tobacco cessation, and more. Employees can build their personalized program choices in a Facebook-like profile and enable daily reminders or mobile push notifications to assist them in achieving their goals. Kashani adds that many leaders now kick off meetings with a group mindfulness module. The platform’s chat function also champions a greater sense of camaraderie and cross-collaboration across the Morton community.

One of the many success stories is of an individual who lost more than one hundred pounds and quit smoking by using the Dash modules. “If I can change the life of one person, then it’s worth it,” Kashani says.

The notion is reminiscent of the larger cultural revolution Kashani is spearheading to make a positive impact in the lives of its customers in and outside the workplace. And from budget planning apps to its sustainability #EraseFoodWaste social campaign, Morton is embracing innovation more than ever before, thanks to Kashani and her team.

“Individual contributors can be leaders here,” Kashani says. “I value competence and talent that challenges the status quo—people who come from different backgrounds and experiences. I push the envelope as much as I can.”

“I know I am where I am supposed to be.”

Securing a Foothold for ASICS