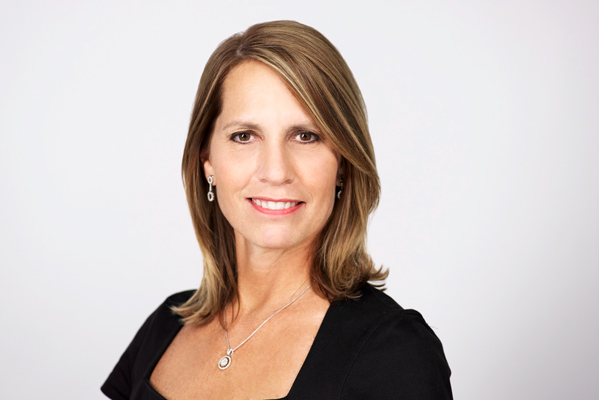 “My job is a little bit of everything: fixer, office psychologist, crisis manager, decision maker.”

One of the most influential moments in Stacey Hallerman’s career occurred about a decade and a half ago, during a global conference for lawyers at Pfizer, where she previously worked as corporate counsel, trademarks. During one presentation, the company’s general counsel challenged the lawyers to go back to their desks the following day and say yes to something that they would be inclined to say no to—to offer a more creative, innovative solution. “Fifteen years later, I still think about that,” says Hallerman, who now works for Richemont North America. “It’s the right thing to do for the company, and it’s very rewarding to see solutions rather than just saying no.”

From IP to General Counsel

Over the past ten years at Richemont North America, this philosophy has enabled her to transform her background in IP into a role as general counsel. Having started with the company as its first in-house North American counsel, focusing on brand enforcement and strategy, Hallerman has built her department from the ground up, and she now serves as the vice president, chief legal counsel, and corporate secretary. In doing so, she has focused heavily on cross-functionality: learning the responsibilities and goals of departments like human resources, finance, and operations and finding ways to communicate with those departments to best serve their common goal. For that reason, Hallerman doesn’t see herself just as legal counsel for the company. “I look at myself and see someone who is a businessperson who also happens to have a law degree,” she says.

This was no small task at Richemont, a multinational holding company for twenty luxury global brands, including high-profile brands such as Cartier, Van Cleef & Arpels, Chloé, and Montblanc. Prior to Hallerman joining the organization, Richemont’s only in-house legal team was based in Europe, but she saw the challenge of building her role as an opportunity to create something new. “It gave me a real opportunity to develop relationships with the brands and with the business and to provide real-time legal advice,” Hallerman explains. “I tried very early on to impress upon people that coming to me for advice wouldn’t mean getting a no.”

One of Hallerman’s early accomplishments involved building a robust compliance program. She started by analyzing every corner of the business to identify areas that could be improved to mitigate risk. This wide-ranging analysis gave Hallerman an advantage in building relationships with colleagues in different functions, as she was able to truly understand what each department’s function. The program was a success. “Since then, I think we’ve really moved from a reactive to proactive program,” Hallerman says.

This led to her continuing to work in a heavily cross-departmental way, most closely with HR. When the head of HR left the company in 2014, she served as interim head for almost a year, until Richemont found a replacement. She became immersed in everyday issues with employee relations and performance management and found ways that education could be improved to mitigate risk factors. Hallerman has held weekly meetings with the head of HR since, which, she says, is a two-way street. “I’ve learned about them, but they are also much more familiar with legal areas,” Hallerman says.

The Lawyer Is In

She has expanded that approach in initiatives throughout the company, including a presentation that she regularly holds for other departments and brands called “A Day in the Life of a Richemont Lawyer.” The presentation helps provide insight into problems that others may face, problems that her department can offer advice on. Hallerman also created a series titled “The Lawyer is In,” in which members of her team work periodically on different floors in order to be accessible to the employee population. Hallerman has also served as an adviser for other team members who, like her, have since created new functions, both in procurement and in global PR and entertainment. As a female executive, other women at the company regularly come to her with questions on mobility and advancement, as well as problem solving.

A good portion of Hallerman’s day is spent on what she calls “Johnny-on-the-spot lawyering,” or answering questions on various legal questions. Other times, members of the company will come to her for advice on issues that aren’t necessarily legal. “My job is a little bit of everything: fixer, office psychologist, crisis manager, decision maker,” Hallerman says. “A good portion of my role is helping people from other departments on brainstorming through problems.”

Getting the Business the Answers

Having that cross-departmental dynamic, Hallerman says, has also been valuable for the company at large: identifying commonalities between departments and finding ways to work together on problems where shared experiences can be an asset. This is particularly valuable at Richemont, which has nearly thirty thousand employees around the globe. “When you come together and discuss opportunities, you start to see that we have very similar issues that we deal with on a daily basis,” she explains.

Looking to the future, Hallerman is eager to continue learning about and working with all the different areas of the business. She is also looking forward to participating in the Cartier Retail Experience later this year, which she says has been an asset for her colleagues. Hallerman is also currently working on a program that would allow employees to swap jobs with team members in other departments.

Among all of her achievements, Hallerman, however, is most proud of growing from an IP lawyer to general counsel. “Regardless of what the subject matter is, I feel like I can get the business an answer,” Hallerman says. “I’m very proud of that.”