Now that he’s general counsel, Peter Cassat sometimes finds himself less like a lawyer and more like a traffic cop. With seven direct reports in as many cities, he coordinates Cox Automotive’s legal strategy across a challenging and promising time.

Cox Automotive continues to grow year-over-year, driven by acquisitions and international expansion. In 2014, it acquired Manheim, the world’s largest auto auction trader. The following year they acquired DealerTrack and Incadea, software providers fostering connections between dealers, lenders, and buyers. The latter company operates in eighty-two countries. Given that kind of growth, the challenges for Cox and Cassat are to mitigate risks and develop cohesive, trust-based relationships across business interests and countries.

“What it means for me is bringing the different businesses together from legal perspectives,” Cassat explains. “It’s a matter of building collaboration by building influence and convincing those businesses that we can add value.” United under the Cox banner, business elements can benefit from each other’s relationships, especially internationally. That’s one key component of his appeal; another is to remind acquired departments that they’re collaborating with the entire Cox organization, not solely serving the business interest they came from. 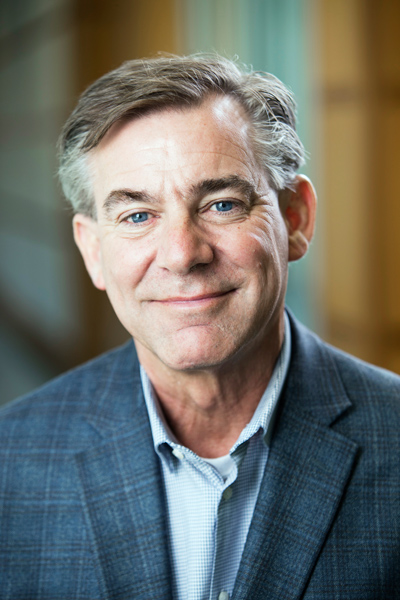 But as the company grows and acquires, leadership is also endeavoring to control expenses. That can mean voluntary early retirements and workforce reductions, and Cassat notes that legal departments are not immune. “We’re going to be like other departments from the corporate home office, subject to that same desire to control expenses,” he says.

With that in mind, the priority for Cassat’s legal operation is to continue to work flexibly, adapt quickly, and be prepared for change. He describes his leadership style as relatively informal; he’s not strict about the distinction between dotted and direct lines of communication, and he doesn’t expect the team to maintain perfect role clarity

Cassat points out that the legal territories themselves tend to overlap: M&A issues have intellectual property components, compliance issues have labor implications, and so on. As a result, roles are malleable and overlapping; the team’s workflow is necessarily more loose and collaborative

When necessary, he’ll conduct tough conversations on what went wrong and how to correct the team’s approach. “There are times when it would be much easier not to have a conversation about something that went wrong, but it’s really important,” he says. Cassat tries to live at the organization through the mantra of Cox Automotive president Sandy Schwartz: “Open, honest, and direct starts at the top.”

Propagating that approach, Cassat can be blunt when necessary. He has no tolerance for divisive and territorial behavior, and promotes his team’s successes as often as possible. There is self-interest to it because their triumphs always reflect positively on him, but Cassat says that their openness has been a great asset.

That openness also means that the team is especially flexible when personal needs emerge. That’s one of the team’s greatest strengths, Cassat says: they cover effectively when colleagues need to prioritize their families. His knowledge of his lineup and his honest assessment of his own expertise enables the team to adapt quickly.

Cassat was a good deal less experienced when he started at Cox Auto in 2011. “I truly felt like someone was testing me every day, throwing me questions and seeing how I would respond,” he says. But over the years, that feeling of being tested has passed; he’s grown to appreciate the real depth and breadth of the questions he faces and to trust his judgment—including knowing when he doesn’t know.

This mind-set is helpful because every day he encounters something that law school didn’t quite cover. In this physical, expansive business, there are unlimited opportunities for conflicts, accidents, and surprises of all kinds. “There’s just a certain amount of time spent reacting to issues that arise,” Cassat says, even when the priority is developing long-term enterprise strategy. But the variety is as much the appeal as the challenge, and he’s happy to handle the role.

“I love the job,” Cassat says. “To be the general counsel of an $8 billion company, to have the diversity of businesses and diversity of issues that we see— that’s where you want to be.” With Cox continuing to grow—especially in China, where Cassat says an expanding business needs guidance on the ground—he can safely assume he’ll continue confronting issues he never expected.